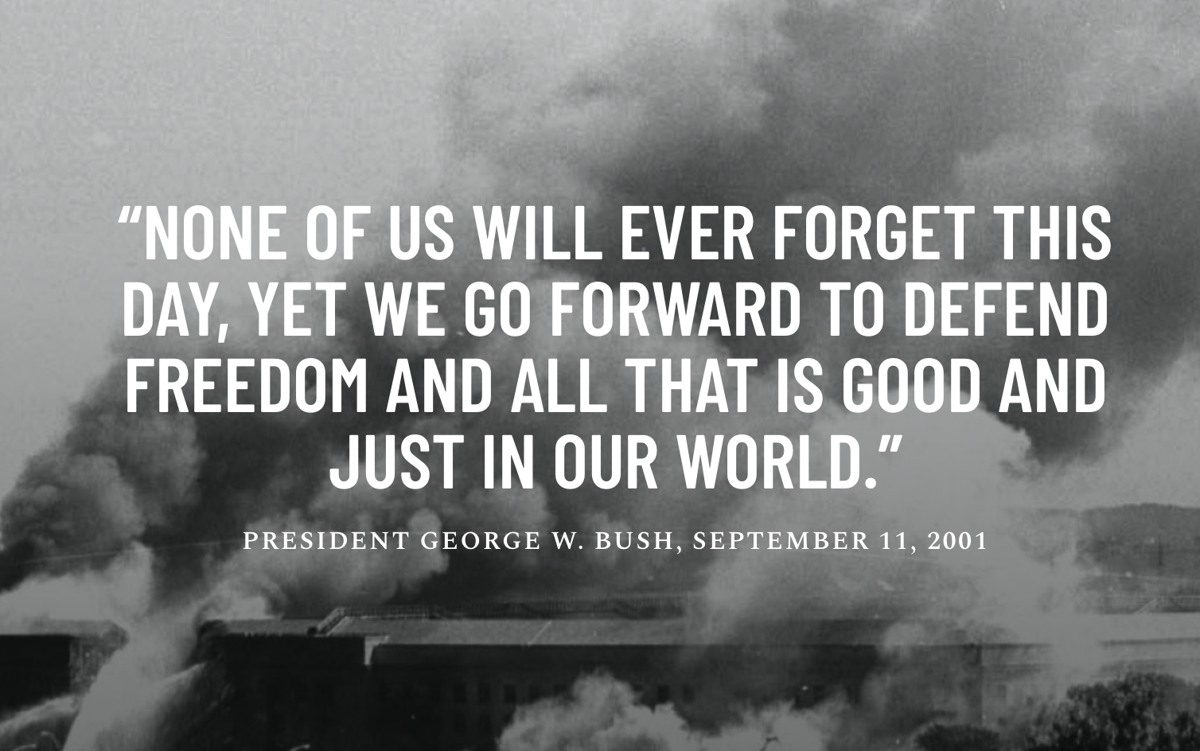 The National Museum of the United States Army will hold a virtual event to commemorate the 20th anniversary of the September 11 attacks. The museum in partnership with Google Arts & Culture have created this exhibit which will reflect the Army’s experience of that day.

The virtual exhibit will be divided into six parts which will look at aspects such as a timeline of the event itself, the stories of the soldiers who experienced these events, as well as art and artifacts from that period. The museum has posted the running time of one hour for viewers to go through the entire exhibit.

One section called “Soldier Stories” takes a look at the personal histories and profiles of soldiers who were impacted by the events of that day.

One story of interest in the part of the exhibit is the story of Chaplain (Col.) Khallid Shabazz, the highest ranked Muslim chaplain in the Army’s history. Shabazz had enlisted in the Army in the 1990s in order to support his family. Shortly after, Shabazz converted to Islam and eventually became an Iman ministering to fellow Muslims in the service.

In an interview with the museum, Shabazz recounts how he was treated upon returning to active duty after learning in the seminary for three years.

“I’m am the extrovert of the extroverts,” said Shabazz. “I came in smiling ready to go to work, I go to shake my commanding officer’s hand and he tells me that we have a problem with your religion and how you treat women. He didn’t talk to me for nine months after that.”

According to Shabazz that commanding officer would publicly apologize to him nine months later, but Shabazz would continue to experience this sentiment in one form or another every time he changed duty stations. When the September 11 attacks happened, Shabazz’s fellow chaplains wanted to get him to safety for fear that the unit would turn on him. Shabazz elected to stay and became a known and calming face of the Muslim community in the Army.

Another part of the exhibit features artifacts from the events of September 11, among these items are personal items that were either burned or melted in the attacks such as rings, coins, badges, and books.

One item of fascination is a fragment of the lower portion of a landing gear strut which came off of American Airlines Flight 11 which struck the north tower of the World Trade Center complex. This particular item had been found during a debris recovery operation conducted by the U.S. Army Corps of Engineers.

The exhibit also features pieces from the Army Art Program which were created by members of the service. Many of the works feature scenes such as the state of the Pentagon after being struck by American Airlines Flight 77, paintings of soldiers headed to the fields as well as their lives on the front lines of Afghanistan and Iraq.

Another section of interest in the exhibit is called “Monument Men” which takes accounts from various Army curators who identified and retrieved items of historic significance from the Pentagon after the attack occurred.

One curator, Leslie Jensen, led such a team to find items of interest at the Pentagon. Prior to the events of September 11 Jensen had been in the museum field since 1971 and has served in various places such as Colonial Williamsburg, the Museum of the Confederacy in Richmond before enjoying a 10-year stint as curator of the U.S. Army Center of Military History in Washington D.C. While there, he taught numerous training sessions for Army Museum personnel which concentrated on research and regulatory issues.

Jensen is currently the curator of arms and armor at the West Point Museum in West Point, N.Y., a position he has held since 2002.

The National Museum of the United States Army is located at Fort Belvoir and was officially opened November 11, 2020. The museum’s original opening date of June that year was delayed due to the Coronavirus pandemic. The objectives of the museum include the preservation of the Army’s history as well as educating and engaging current and future generations about the Army and its contributions.

The virtual exhibit is currently available for viewing and can be found via the museum’s webpage as thenmusa.org. The exhibit is free and will run until the end of September 12.