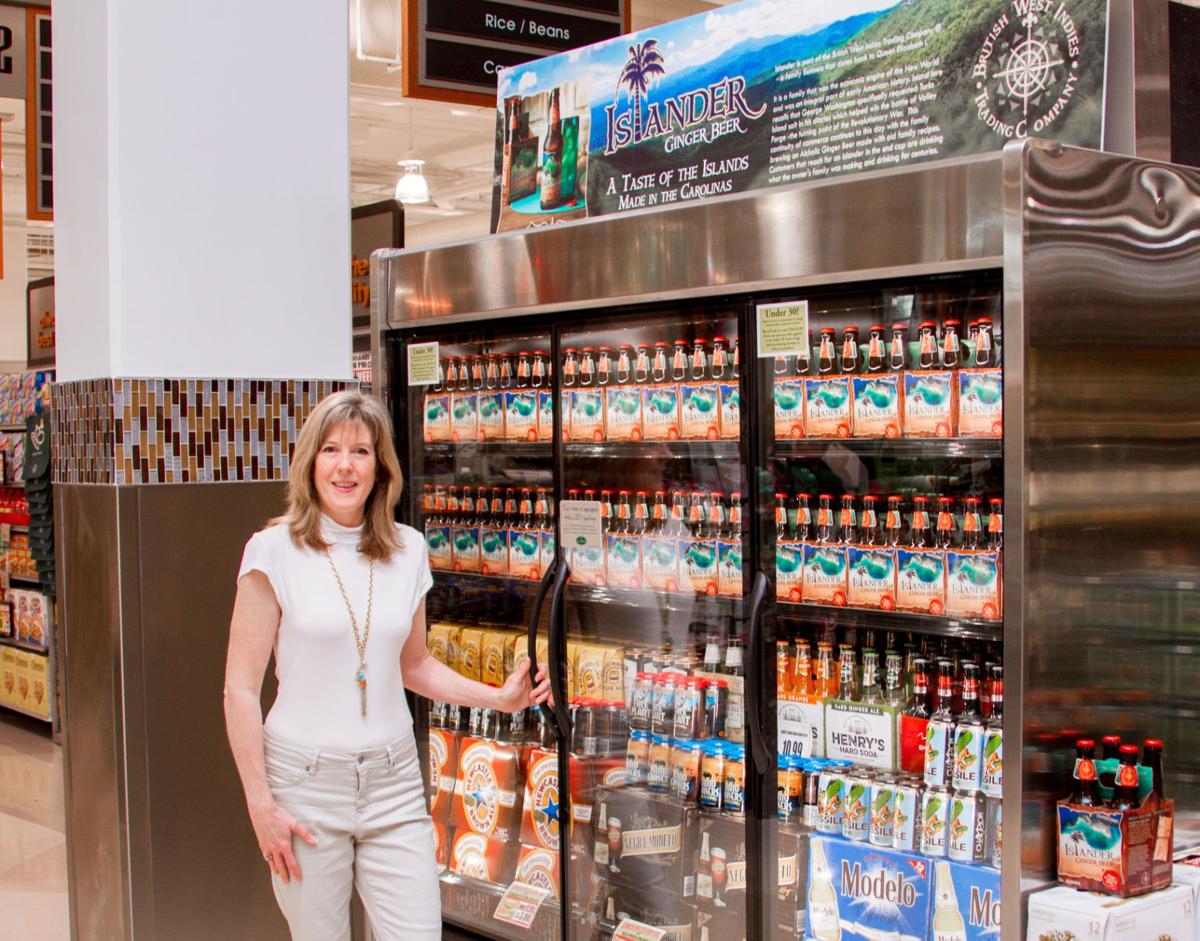 Islander Ginger Beer brewer and founder, Georgia Dunn, with a display of her beverage. 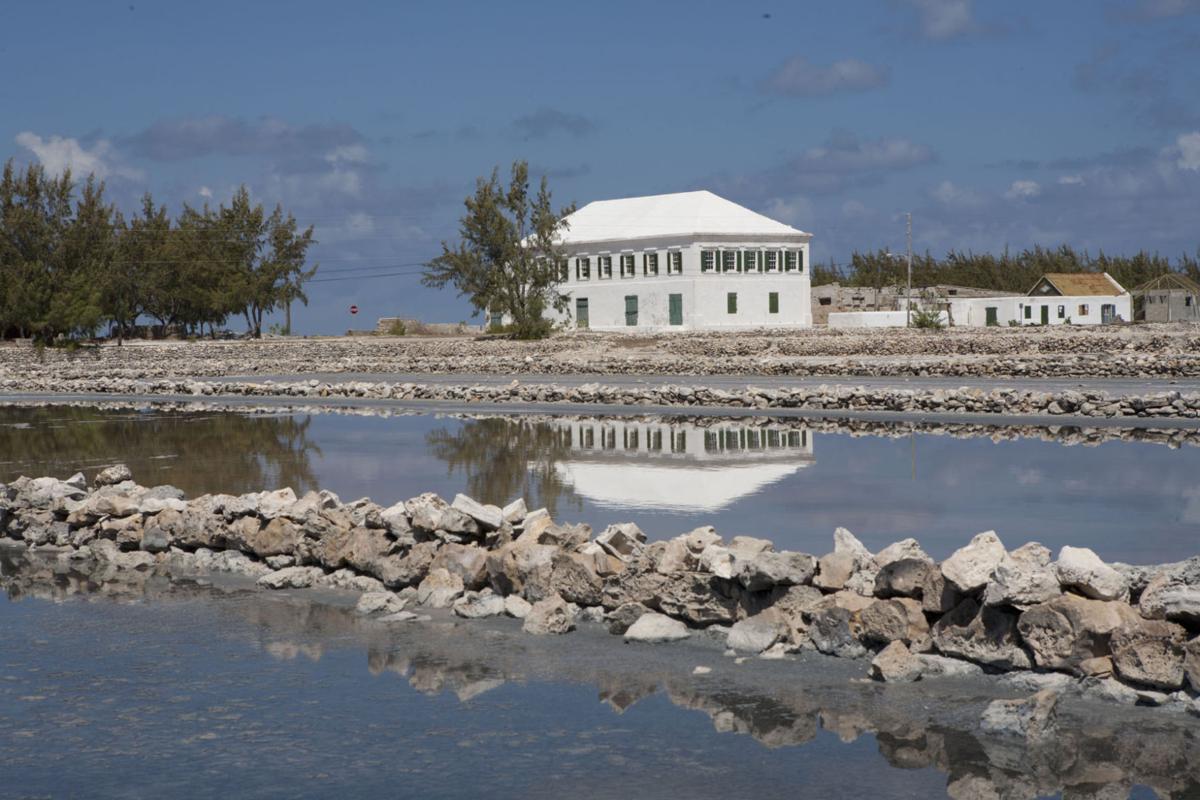 The family home of Georgia Dunn on the Turks and Caicos Islands.

Islander Ginger Beer brewer and founder, Georgia Dunn, with a display of her beverage.

The family home of Georgia Dunn on the Turks and Caicos Islands.

I have been doing a reasonable amount of beer research [and tasting recently]. Something I have little knowledge in I came to realize is ginger beer.

Like ginger ale, the soft drink? It’s definitely beer, although a light one by today’s standards at 5 percent ABV, but a beer made from ginger nonetheless.

Regionally brewed in South Carolina, Islander Ginger Beer is making its northern Virginia debut. Brewer Georgia Dunn was inspired by her family’s 12 generation history in the Caribbean and the Turks and Caicos Islands, a British overseas territory. Significantly to this story, ginger beer also has strong historic ties to the Old Dominion and colonial America.

Dunn’s foray into brewing doesn’t start where you might expect however. Armed with a master’s in public policy, she used to work on Capitol Hill and for the mayor of San Francisco. She was also the proud owner of her family’s property the Turks and Caicos. Some complications with that property forced her to change course, move back to the Islands and do some work with the British government. Even though she had spent a lot of time in the area with her grandmother as a child, this stay is what seemed to spark her interest in her family’s and the island’s history.

“I became very passionate about talking to these [older] ladies and gentlemen [on the island]. What their life was like at the most granular level before the salt industry totally went out of business. For hundreds of years there was a way of life that didn’t change much actually,” Dunn said. “…I thought before our generation, they were still living that way of life they were living in the 1700 and 1800s, and I want to write it all down before it all goes because nobody else was doing it.”

Then, logically, she started to ask the important questions: what were they drinking? Because the islands were so arid, they were excellent producers of salt. So often salt was exchanged with rum from places like Jamaica. But sometimes the ships didn’t come; when this happened thankfully families always had some alcoholic ginger beer brewing as backup.

Dunn, who had been collecting family recipes of the beer, decided this was going to be the way she preserved some of the Turks and Caicos history.

“I decided then, I got really passionate about we should be making these things. But I can’t make everything, so I decided I was going to make this alcoholic ginger beer,” she explained. “…When you have these really fabulous recipes that have been passed down from generation to generation and they are about to go to the grave with these people, especially, in the Turks and Caicos, it’s not like Jamaica where you had Bob Marley and reggae that came out of it or Trinidad where you have the steel drums. The Turks and Caicos it’s really all about their food. That’s the greatest expression of their artistic form.”

Due to limitations on power and resources on the Turks and Caicos, Dunn decided to bring all the brewing to the States. Because she involves herself in all the steps of the brewing process, she is able to use fresh ingredients and achieve a certain flavor profile.

What does this have to do with Virginia though?

Well, back in her 16th century reign, Queen Elizabeth not only had an interest in creating colonies in Virginia and North Carolina, she was also settling Bermuda. One of the settlers was Thomas Harriott The Younger, a direct, however not recent, descendant to Dunn. As ships and products shipped within the Caribbean and as the English would eventually settle the Turks and Caicos, eventually trade occurred between the Caribbean and Virginia. The colonists began drinking it and soon making their own.

But they weren’t drinking it just to drink either, there were health reasons behind it, which explains the wide distribution.

“Everybody was looking for low level alcohol. Wine was one of them and you cut your wine with water, so you can drink it throughout the day and still function. Distilled spirits, you couldn’t, well you could drink rum in the morning, you know throughout the day, but you wouldn’t function very well, it’s much better to have a five percent low level alcohol. What about your kids? You want them to be drinking low level alcohol too, so they’re not getting sick,” Dunn explained. “…So you add the alcohol and the ginger and you have the perfect anti-microbial environment for your water that you can drink though out the day. And that’s why we know it was the most dominant drink for centuries. That why we absolutely know out of sheer necessity, every person in the Old Dominion was drinking alcoholic ginger beer.”

Then, a terrible time struck the United States: prohibition. All of those breweries were either forced to close down or change their market. They started brewing non-alcoholic ginger beer. This is how ginger ale would eventually land in the soda aisle.

The beer market today, however, is filled with so many drinks to choose from. There are so many fads for the non-malt drinkers of this world, like Mike’s Hard Lemonades or Bartles and Jaymes wine coolers that fizzled out. Well Dunn has a firm belief that quality will hold out over anything. You also get the sense from talking to her that she thinks people will also just love the history.

“When it all shakes out, what is going to be left standing? What you see over time, is the consumer chooses quality. Some of them may stay, but I’m convinced that if this was the most dominant drink for hundreds of years. This is what everyone was drinking […] throughout the communities of Virginia, this is what’s going to stay.”