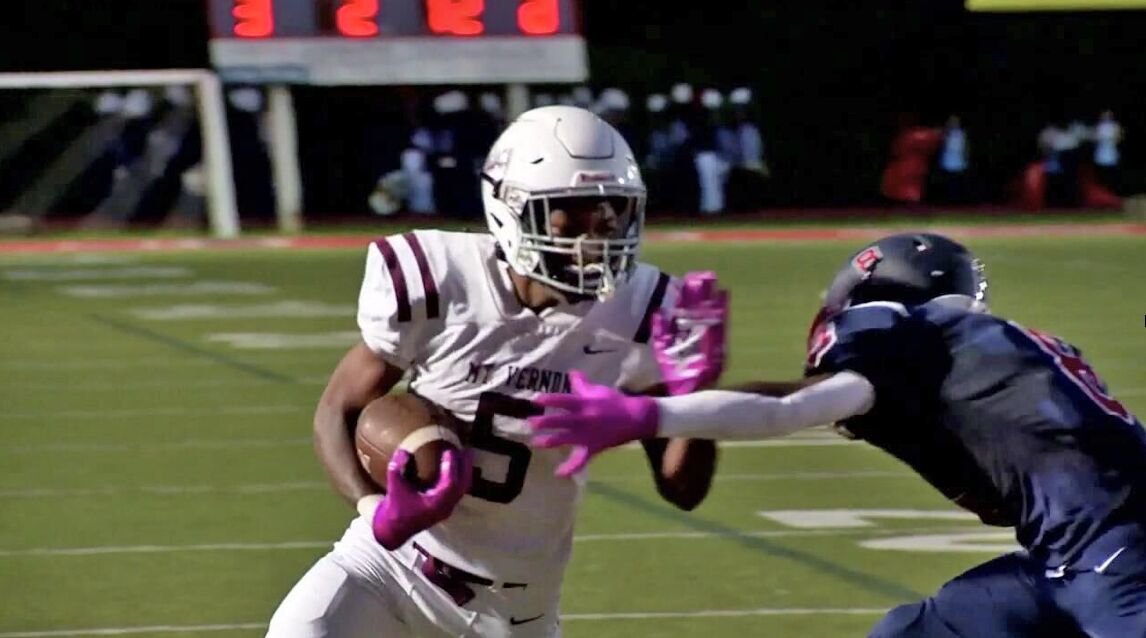 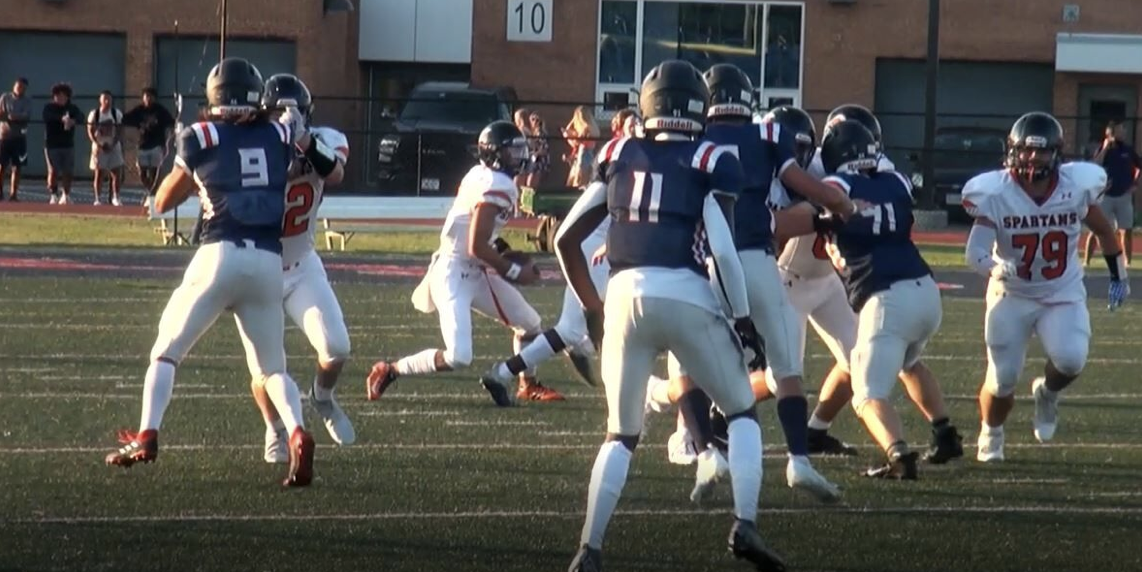 Friday night lights went dark this past week in observance of the Labor Day holiday in FCPS. Teams played on Thursday night, unless noted otherwise.

In their opening game of the season, the Woodson Cavaliers lost to the Oakton Cougars. Despite a close game and back-and-forth interceptions by Woodson and Oakton, the Cougars eventually pulled away for a final score of 30-13. Woodson is 0-1 and Oakton is 2-0.

The Mount Vernon Majors defeated the Justice Wolves 35-21. It was the Majors’ first win for the season and the Wolves’ first defeat. Both teams are 1-1.

The West Potomac Wolverines defeated the Wakefield Warriors. After an explosive 76-yard touchdown by Wolverines Wide Receiver Emmanuel Ampem, the Wolverines would go on to score three more and hold the Warriors to one. The final score was 30-7. The Wolverines are 2-0 and the Warriors are 0-2.

The Annandale Atoms were shutout at home by the Robinson Rams, with the Rams dominating both sides of the ball. The final score was 42-0. The Rams are 2-0 and the Atoms are 0-2.

The Chantilly Chargers eclipsed the Falls Church Jaguars. It was a strong performance for the Chargers defense, who held the Jaguars on their home turf to a single touchdown. The final score was 37-7. Chantilly is 1-0 and Falls Church is 0-2.

The South Lakes Seahawks fell to the Alexandria City Titans. The Seahawks’ undoing came in the fourth quarter, when the Titans racked up 19 points. The final score was 26-21, making the Titans 2-0 and the Seahawks 0-2.

The Fairfax Lions held off the Langley Saxons September 3. The final score was 20-10. Langley is 0-2 and Fairfax is 2-0.

The South County Stallions were victorious in their first match of the season against the Hayfield Hawks for the Hawks’ second shutout loss. The final score was 22-0, making South County 1-0 and Hayfield 0-2.

The Madison Warhawks triumphed against the Lake Braddock Bruins. It was an impressive performance for Warhawks running back Alex Jreige, who carried the ball 19 times for a total of 179 yards and three touchdowns. The final score was 49-21. Both teams are 1-1.

The McLean Highlanders were defeated by the Marshall Statesmen. After a close first half, the Statesmen pulled away in the second for a final score of 46-14. McLean is 0-2 and Marshall is 2-0.

The Colonials of Thomas Jefferson High School prevailed against the Centurions of the Northern Virginia Homeschool Athletic Association September 3. It was the Colonials’ first game of the season, making the Colonials 1-0 and Centurions 1-1. The final score was 18-12.

Herndon and Lewis had a bye week. Both teams are 0-1.