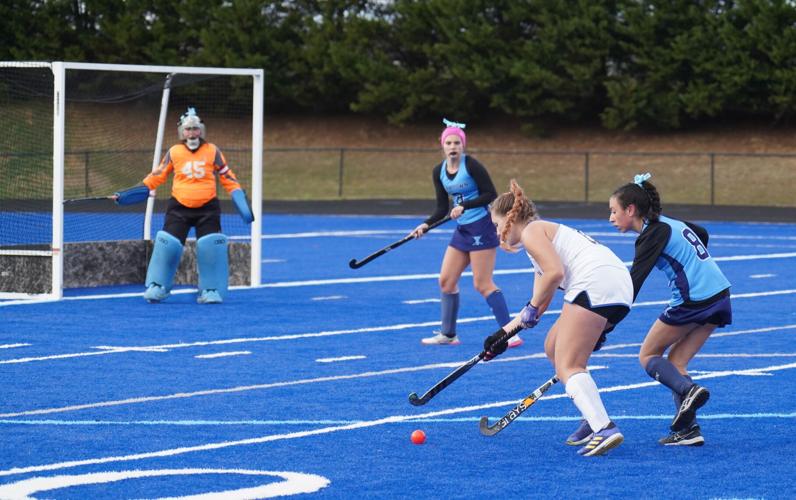 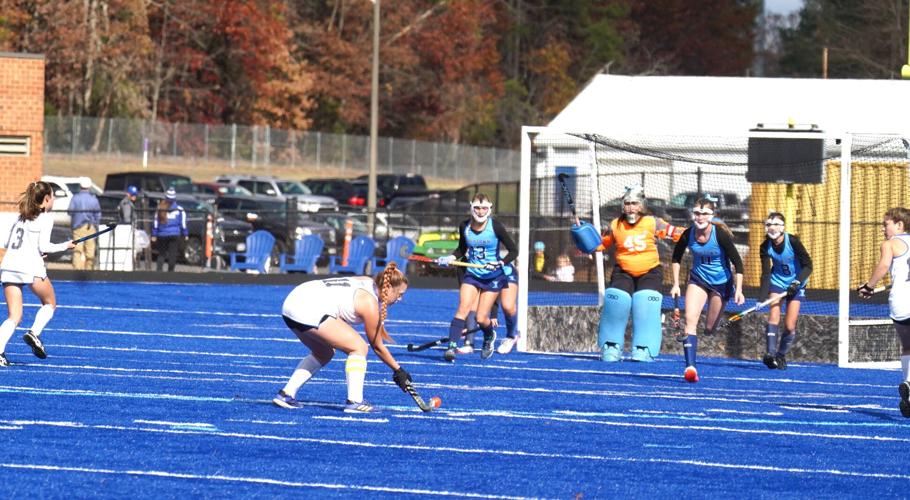 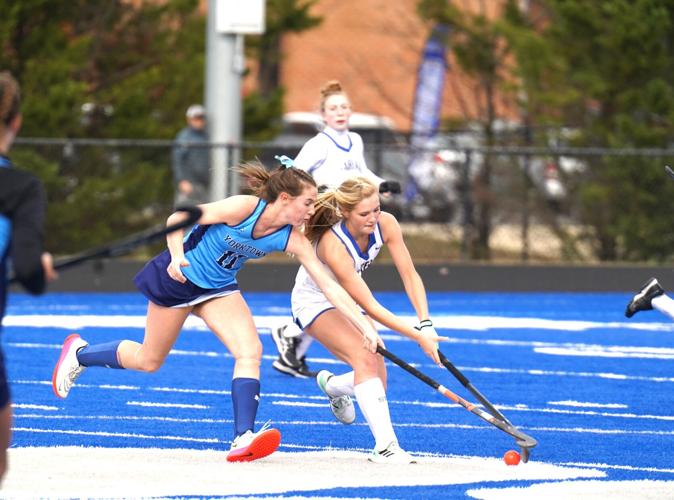 Amber Beaudoin had already solidified herself as one of Northern Virginia’s most successful field hockey coaches. Still, after taking over the Fairfax Field Hockey varsity team in 2001, the program made the state semifinals seven times, and none of those trips resulted in a championship.

On Nov. 13, they got past the hump and advanced to the last game of the season. The state championship game. Their opponent? The reigning Division 6 champion Yorktown Patriots, who were accustomed to the stage.

The past didn’t matter, as the Lions pitched a 1-0 shutout of the defending champions at Courtland High School to secure the first ever field-hockey championship for the Fairfax program.

The number of alums on hand for the big moment was palpable. Moreover, it takes a weight off Beaudoin’s shoulders as she can now say she has the big one. Once a player with the Rebels and a former JV coach, it seemed naturally fitting that a homegrown player would be the one to lead the program to a destination they’ve never been to.

“It’s surreal; it definitely means more because my kids have been there every step of the way, and they know what I look like after losing, so it’s amazing to share the moment with them and for them to be a huge factor in this happening,” Beaudoin said.

Beaudoin has three daughters, two of which were on this year’s roster, senior Halley and sophomore Kaia. They’ve seen it all, and this year, they went through it all, and they get to be a part of one of Mom’s most outstanding achievements.

It wasn’t an easy road for the Lions (24-1-1). Though they boasted a strong record, they faced significant competition. In their first game of the season, the Lions took on the Ocean Lakes Dolphins from Virginia Beach; Fairfax won the game 7-0. The first nine games of the season were victories, with just three goals being given up.

In their 10th game, the Lions tied the Dexter Dreadnaughts of Michigan 2-2. Fairfax would then beat the Ridge Red Devils of New Jersey in the next game before the Lions would suffer their only loss of the season against the Oley Valley Lynx of Pennsylvania 4-1.

From then on, it was smooth sailing the rest of the season, allowing just one more goal for the rest of the year, including the regional and state playoffs. Beaudoin says the stretch of playing out-of-state competition provided a different challenge.

“Playing locally was good for the girls and gave them statistics, but we felt they needed to be challenged,” Beaudoin said.

Despite a dominant stat sheet, the playoffs were not an easy ride. Fairfax had to contend with some of the most challenging programs to reach the pinnacle, including the South Lakes Seahawks in the state quarterfinals and the Colonial Forge Eagles in the semis. The former had won their first 20 games in a row, and the latter, since their loss to North Stafford on Sept. 29,  had only allowed two goals up until they met with the Lions.

The finals were no easy ride either. The Lions were facing a team accustomed to the stage, while Fairfax had not been in this position before under Beaudoin. Still, these 25 players, which included eight seniors, were an exceptional team. Halley Beaudoin fired a shot that senior Ripley Collins punched to the back of the net to make the score 1-0, which ultimately proved to be a game-winner.

“I feel really elated,” Collins said after the game. “I’m still floating on that high right now. I’m proud of my teammates.”

Indeed she should. Winning a state title is an unbelievable feeling, and for Beaudoin, after so many years and so many victories, she has the one that matters most. Others may come down the line, but like many coaches, Beaudoin agrees that there’s nothing like the first title.

“I didn’t get here alone,” Beaudoin said. “Our stands were packed at the state title game, we had about 50-60 alumni, players, and parents who drove huge distances to see this, and it was amazing to see all those people really care. They showed me that Fairfax Field Hockey is ready to take the next step, and we won for them.”

Now that she’s got a tattoo to show for it, and most of her roster is returning next season, Beaudoin will have to find a way to replicate the success again.

Halley will graduate in the spring. Kaia still has two years of high school left, and Beaudoin has another 9-year-old daughter who will likely play for the Lions in the future. But as for now, Beaudoin says she just wants to soak in the moment as it’s been a long time coming.