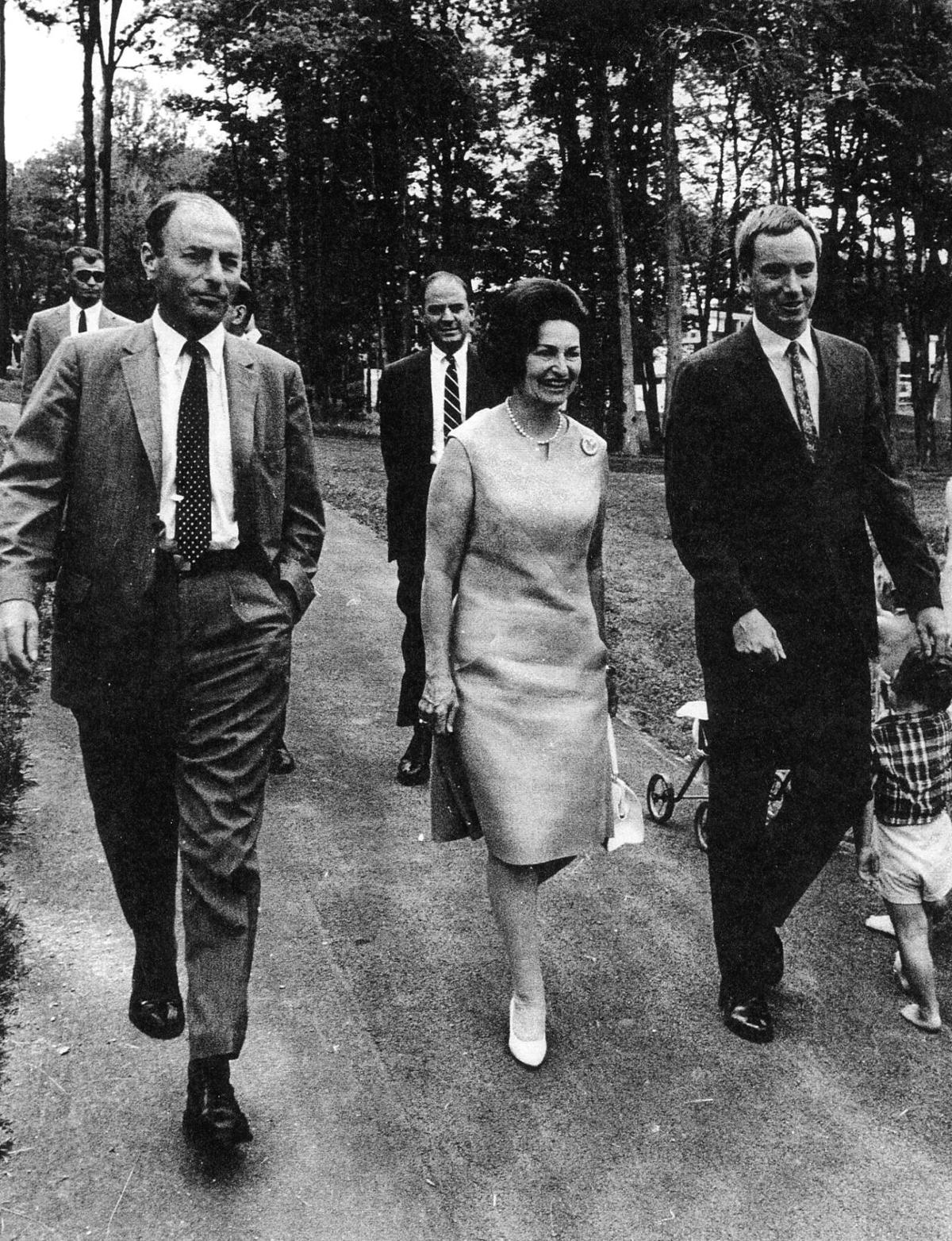 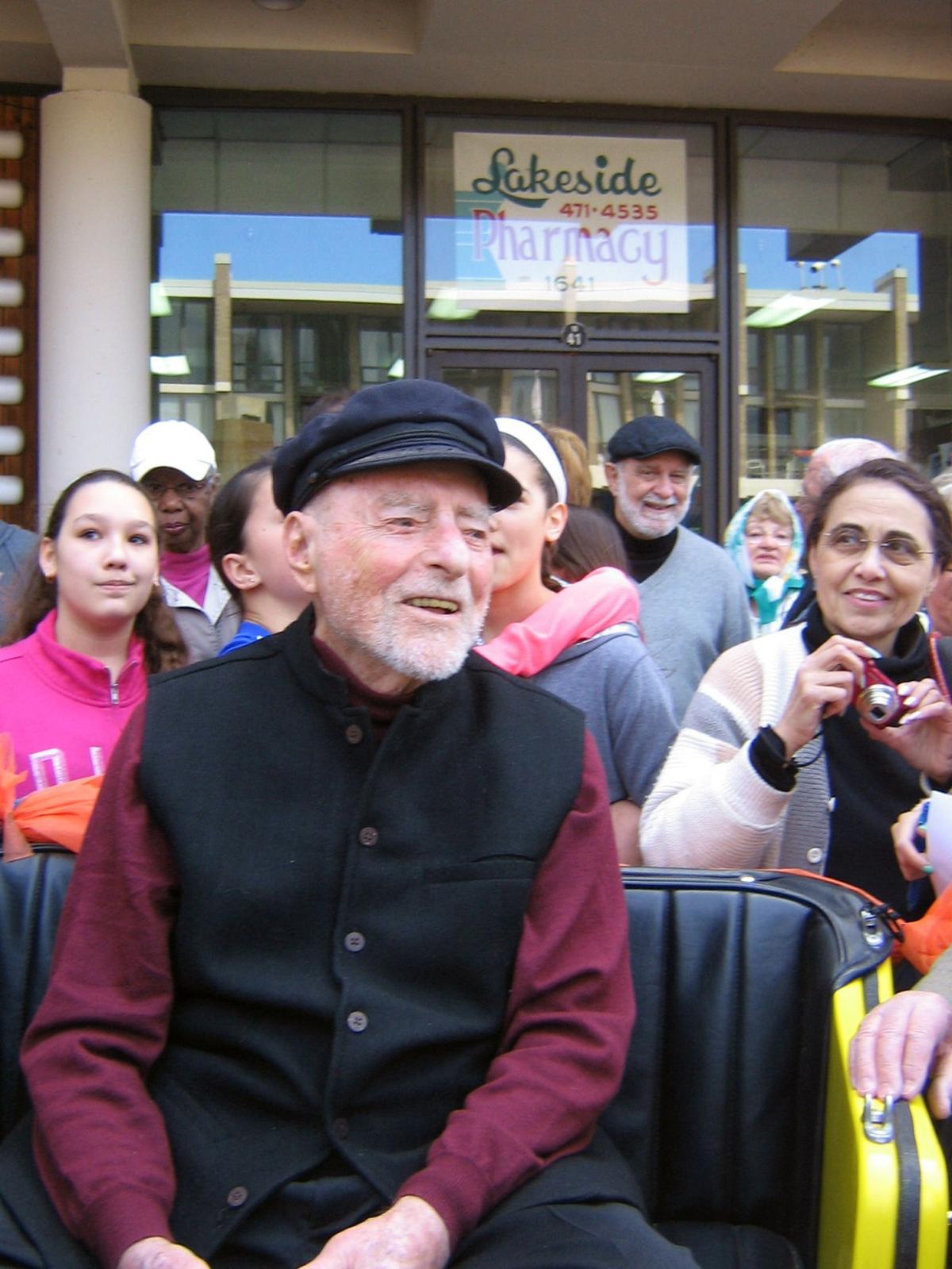 Award-winning filmmaker Rebekah Wingert-Jabi is a member of a special breed. She is a true child of Reston. Her parents moved to the innovative planned community in 1973, only a few days after she was born.

She recalled, “They wanted to take part in Reston’s promise of a different life than the typical American suburban experience.”

Still studied by planners throughout the world, who frequently visit, Reston, a planned “New Town,” was considered revolutionary when it was founded in 1964 by Robert E. Simon Jr. At a time when homogeneous suburban sprawl was pervasive, Reston, offered an alternative that was acclaimed for mixing residential and commercial development and integrating nature and the arts into everyday living.

Also revolutionary at the time was Simon’s intention to build a place of full social equity that integrated citizens across racial, social, economic, and religious divides. It became and remains the inspiration for new trends in suburban development.

The winner of the distinguished Peabody Award for an earlier documentary, Wingert-Jabi and her Reston-based Storycatcher Productions most recent film project focuses on Reston and its unique, influential history.

Now making the rounds of various film festivals, including last weekend’s 2015 Virginia Film Festival, at the University of Virginia in Charlottesville, the final-version of the documentary film, “Another Way of Living: The Story of Reston,” will have a community screening on Thursday, Nov. 19, at 8 p.m. at the Reston Community Center (RCC), Hunters Woods.

Co-sponsored by the RCC and the Reston Historic Trust, the screening will serve as a tribute to Simon., who died Sept. 21 at the age of 101.

A rough-cut of the film was screened in 2014 as part of the celebration of Simon’s 100th birthday.

According to RCC’s public invitation, the screening will be “a fitting way for the community to come together to reflect on our history and our friend and founder.”

Although Wingert-Jabi spent most of her growing up years in Reston, during a few years as a teenager her family moved into a single-family home in Oakton. Initially “excited” by living the “typical American suburban experience,” she soon acutely missed the “connectivity” and “diversity” that she experienced in Reston and was happy when her parents, who still live there, moved back.

“It was very isolating,” Wingert-Jabi said during a recent conversation. “That’s when questions arose, and I first started thinking about what made Reston special and the people behind it. These questions, she added, “became even more intriguing when I went out into the world, to China and the Middle East. I still felt something missing from my life.”

Although she treasures her years growing up in Reston, she now admits that, even when she was experiencing and then missing it, she did not fully appreciate Reston’s singularity until making this documentary film.

“I came back at an opportune time,” she said.

She noted that her return home as an adult in 2009 with her husband, Hisham Jabi, coincided with initial talks about how to celebrate Reston’s 50th anniversary and Simon’s 100th birthday in 2014.

Approached by the committee organizing the celebrations to make a film, she thought, “it was the perfect chance for me to dig into the history of my community and its founder. As a filmmaker, documentary was the natural way for me to explore this history.”

Though a welcome task, Wingert-Jabi, working with her Storycatcher team, which varied from three to 10 at any one time, admitted there were a slew of challenges.

One of the most daunting, she said, was how to encapsulate in 70-some minutes five decades of history—the developers, generations of residents and 50 years of businesses, institutions and organizations—yet tell a story that is intimate and rings true and touches viewers on an emotional level.

“An honor to do it,” she said, “I felt, hopefully, this film would reflect well on the community and on its history for years to come.”

Comparing the huge effort of gathering and organizing materials prior to filming to an “archeological dig,” Wingert-Jabi and her team, for example, went through more than 3,000 pieces of material saved by Simon.

She remembered, “We literally went through folder after folder, copied 900 images from Bob’s photo album. Thank god, he kept all this stuff. … And there were many ‘WOW’ moments.”

By the time actual filming started in 2012 when Simon was 98, Wingert-Jabi and her team were saturated with research on Reston’s history and the recollections of Simon and the other “pioneers” who were directly involved. Eventually, more than 250 hours of footage was filmed.

“There was a cacophony of voices in my head,” she recalled. “Bob being one of them … the key voice.”

Also by the start of filming, Wingert-Jabi clearly recognized how much she, initially, did not know about place where she grew up, including the need to rectify a number of misconceptions, more than she anticipated.

“We had to educate ourselves,” she said, giving as an example how she was initially unaware, that Simon left Reston for at least two decades after its founding. She also was surprised to learn that the planned community was not an immediate success.

Among her other major challenges, Wingert-Jabi said, was that Simon had related the story of Reston so many times that on film it sounded rote. “I didn’t feel I was getting to the bottom of why he was so beloved,” she admitted. “It was only when I started following him around the community on his daily mile-long walks that I finally started to get it.”

She reflected, “I can’t remember being with another person who took such joy in the daily experiences of life. … and how he took a hard line when it came to his beliefs around social equity and diversity.”

There also was the problem of bringing certain key yet “visually dead” documents to life—like the yellow pad on which Simon wrote Reston’s visionary founding principles. That challenge was solved in an innovative way by employing an animator to “lift the words off the page.”

Once Reston’s “key moments” were determined and visually translated, then Wingert-Jabi and her team had the other crucial task of “finding the emotional center of those moments,” she said.

A continuous and tough process and a “marathon from day one,” there was lots of questioning about what worked and what could be told better.

“Constantly in the back of our minds,” she said, “was the hope that we captured enough of Reston’s pioneer spirit, Bob’s vision … the passion and belief behind those ideas … things we take for granted today.”

She added, “What was really surprising to me was how many people poured their heart and soul into making this place what it is. It gave me a tingle, goosebumps. … It stepped up my own love and pride in community.”

The whole filmmaking process also was a revelation to her husband, who is not a professional filmmaker, but nonetheless has been involved in all her films. “For my husband,” Wingert-Jabi said, “it’s been a shocker. … He’s never seen a place where people are so dedicated to community. Initially, he just thought of it as a beautiful place; he wants to get involved now.”

During filming Wingert-Jabi was pregnant and gave birth to her daughter Hannah, who like her mother will now grow up in Reston.

“It was like two babies, two babies born at once,” Wingert-Jabi said, noting that Hannah was very much on her mind during filming.

“I want the film,” she said, “to be a legacy for every child like me growing up with Bob and Reston. … If we’ve done our job, she and others will be inspired to carry on those [founding] principles … to help us develop our own path.”

Both Shelley Mastran, chair of the Reston Historic Trust board of directors, and Leila Gordon, RCC’s executive director, are equally excited about the screening of “Another Way of Living: The Story of Reston.”

Suggesting that the film is a “great medium to engage people,” Mastran said: “So many who live and work in Reston don’t understand its concepts. It will help more people understand what Reston is about.”

She further enthused, “The film encapsulates the richness and specialness of Reston’s history and its importance today. With the death of Bob, we need to remind people of what Bob was doing in the first place but how Reston has adapted and changed but keeps its original sense of place.”

A major resource for the future study of Reston, Mastran also noted, the film’s many hours of raw footage eventually will be made available at the Trust’s Reston Museum at Lake Anne Village Center.

Likewise, Gordon sees the screening as a “collective way the community can remember Bob … appreciate itself … and rededicate ourselves to Reston’s founding values.”

Gordon fully expects the free-ticketed community screening will be a sold-out event. She recalled that when the film’s rough-cut was screened in 2014 approximately 500 people attended. As of last week, she said, north of 600 people already had reserved tickets.

In addition to practical considerations, Gordon, who proposed the idea of holding the screening at RCC, regards the screening as fitting in precisely with RCC’s overall mission.

She emphasized that RCC, which helped fund the film, is supposed to be “a place where the community comes together and shares experiences.” It also frequently partners with Reston’s various organizations “so they can deliver on their own special missions.”

She added: “I know Bob loved RCC with his whole heart, believed it had a special capacity to reflect community and his love of community. … When we’re all not here to do that, too, this film will convey straight to people’s hearts a new vision, a new way of living and how Bob was central to that. … I can’t watch it without feeling Bob intensely present.”