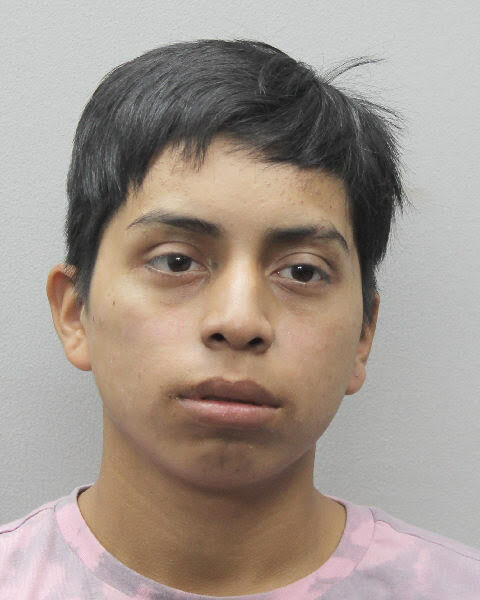 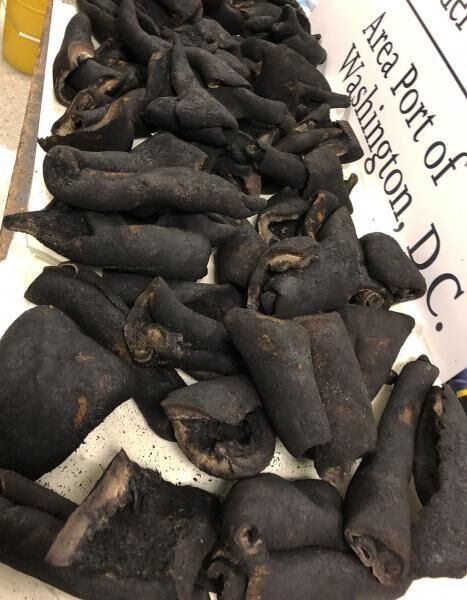 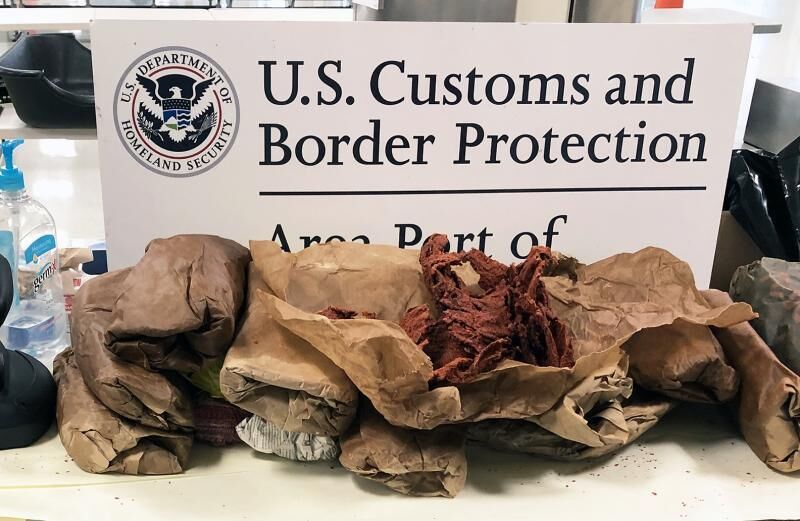 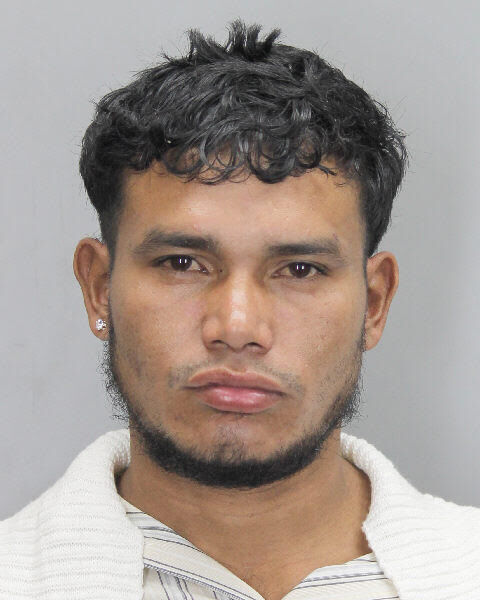 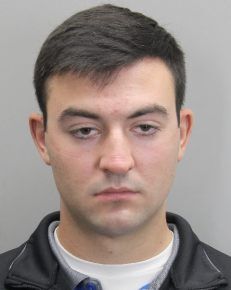 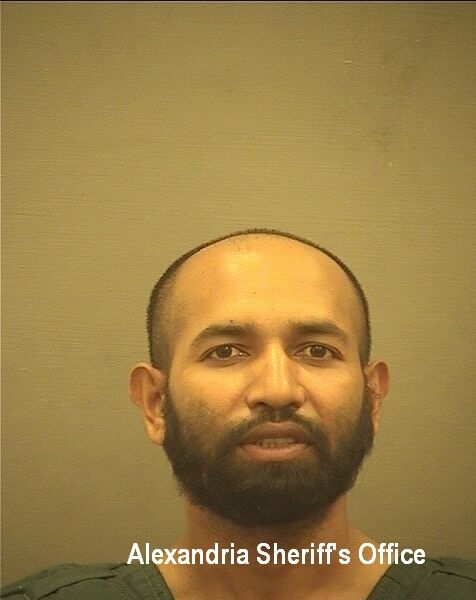 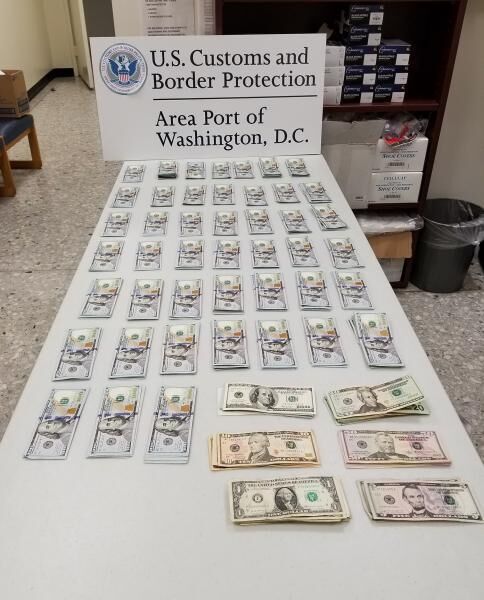 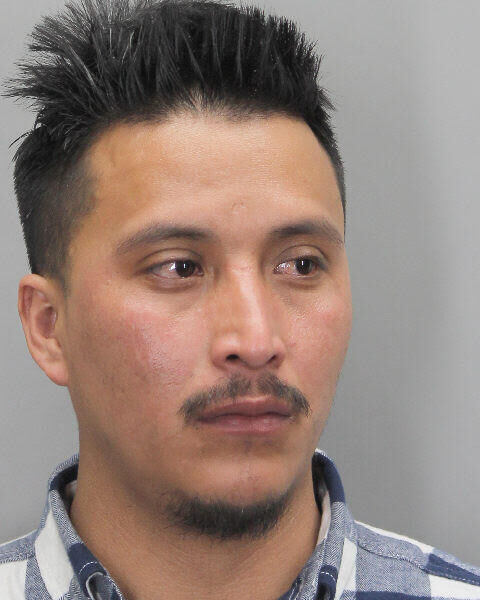 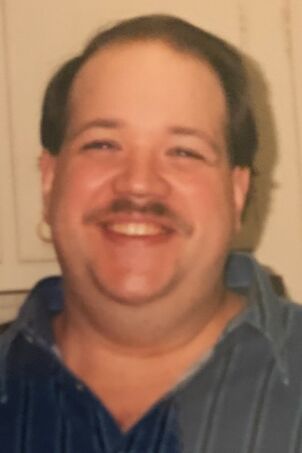 A 21-year-old man has been arrested and charged with 30 felonies related to the possession and production of child pornography as well as the solicitation of minors.

The investigation began when the National Center for Missing and Exploited Children (NCMEC) was notified of potentially illicit images being uploaded to a Dropbox account. NCMEC then notified Virginia State Police who was able to determine the owner of the Dropbox account was in Fairfax County.

Detectives were further able to determine Lynch contacted teenage boys through Snapchat, Grindr, and Instagram where he solicited the teens to send illicit photographs and videos.

Lynch was arrested October 4 and charged with four counts of solicitation of a minor, and 26 counts of possession of child pornography. He was taken to the Adult Detention Center and held without bond.

Since 2015 and at the time of the allegations, Lynch was employed with Fairfax County Park Authority as an aquatics instructor at multiple FCPA REC Centers. Through detective’s preliminary review of the evidence recovered, none of the identified victims appear to be from Fairfax County or related to Lynch’s employment. Anyone with information regarding other cases involving Lynch or any cases of exploitation of children is asked to contact the Major Crimes Bureau at 703-246-7800, option 6.

Detectives from the Fairfax County Police Department Major Crimes Bureau continue to search for answers for the family of William Scott Miller of Groveton, who was found deceased one year ago.

Detectives determined that the last time family or friends heard from Miller was September 25, 2020. Three days later, a family member went to his apartment to check on him and made the tragic discovery.

Miller resided in the apartment by himself. He was found in his bedroom with multiple stab wounds to the upper body. There was no apparent forced entry into the apartment, and it did not appear that anything was taken.

Detectives continue to process evidence recovered from the scene to include using M-Vac, a technology that extracts DNA from surfaces. Detectives would like to speak to anyone with information about this case. Tipsters are asked to contact the Fairfax County Police Department Major Crimes Bureau at 703-246-7800, option 2.

Tips can also be submitted anonymously through Crime Solvers by phone – 1-866-411-TIPS (866-411-8477). Anonymous tipsters are eligible for cash rewards of $100 to $1,000 dollars if their information leads to an arrest. If you would like to speak to a detective, please leave contact information.

The Alexandria Police Department is investigating a homicide that occurred September 25, inside a business in the 100 block of S. Van Dorn Street.

Officers were called at approximately 7:45 p.m. for reports of a stabbing inside the BJ’s Wholesale Club and discovered an adult male with trauma to the upper body.  Officers and responding EMS attempted life-saving efforts, however the male was pronounced dead at the scene.

The adult male suspect remained at the scene until police arrived and was taken into custody without incident.  The victim and suspect were known to one another.

The victim is identified as Abiy Zemene, 29, from Silver Spring, Md.  The suspect, Rakibul Fakir, 33, a City of Alexandria resident, was charged with second-degree murder.

This remains an active investigation. Anyone with information about the incident is urged to contact Detective C. Escobar at 703-746.-6819.  You can also call the police non-emergency line at 703-746-4444.  Tips can be given anonymously.

After a dispute in the 4200 block of Annandale Road at 4:06 p.m. September 28, Edwin Saravia, 29, of no fixed address, assaulted the victim. While the victim was on the ground, Saravia produced a knife and took the victim’s wallet.

Officers located the suspect nearby and arrested him. He was charged with robbery. No injuries were reported.

A 22-year-old Sterling man has died following a fatal motorcycle crash that occurred on Route 28 near the McLearen Road exit in Herndon just prior to midnight September 30.

Detectives from the Fairfax County Police Department Crash Reconstruction Unit have preliminarily determined that Donald Baker, of Sterling, was traveling northbound on Route 28 on a 2021 Suzuki GSXR 1000r. Baker accelerated then lost control, which resulted in him traveling off the right side of the road striking the guardrail.

Baker was thrown from the motorcycle. He was taken to a nearby hospital and pronounced deceased. Detectives found no evidence to indicate alcohol or drugs were factors in the crash as part of their preliminary investigation.

This is the 11th non-pedestrian related fatality in the County to date in 2021.

Year to date, in 2020 there were 8 non-pedestrian related fatalities.

CBP officers conducted random outbound inspections of passengers boarding a flight to Brussels, Belgium and asked a U.S. citizen how much currency he possessed. The man reported verbally that he had $30,000 and completed a U.S. Treasury Department form (FINCEN 105). During a subsequent examination of the man’s carry-on bags, CBP officers discovered a total of $46,628 in U.S. dollars.

There is no limit to how much currency or other monetary instruments travelers may bring to or take out of the United States; however, federal law [31 U.S.C. 5316] requires travelers to report all currency $10,000 or greater to a CBP officer.

CBP seized the currency and returned $628 to the man as humanitarian relief and released the man to continue his travel. CBP is not releasing the traveler’s name because he was not criminally charged.

“Customs and Border Protection warns travelers that they face severe consequences for not complying with our nation’s laws, as this traveler now realizes,” said John Jurgutis, acting area port director for the Area Port of Washington, D.C. “The easiest way for travelers to hold onto their currency is to report it all to a CBP officer.”

The consequences for violating U.S. currency reporting laws are severe; penalties may include seizure of most or all of the traveler’s currency, or potential criminal charges. An individual may petition for the return of seized currency, but the petitioner must prove that the source and intended use of the currency was legitimate.

CBP officers have observed that unreported currency may be proceeds from illicit activities, such as financial fraud and narcotics smuggling, and officer work hard to disrupt the export of these illicit revenues. CBP seized about $386,000 every day in unreported or illicit currency along our nation’s borders last year.

Walter Gonzalez, 30, of Annandale approached the victim in the 4200 block of Annandale Road September 28 at 10:01 p.m. and demanded money. When the victim refused, Gonzalez assaulted him and went through his pockets.

Officers located Gonzalez nearby and arrested him. He was charged with attempted robbery and drunk in public. No injuries were reported.

Threats to our nation’s agricultural industries can take many forms. From the deliberate act of agro-terrorism, to the hitchhiking of invasive insect species, to the unintended act posed by travelers who pack prohibited cultural food products in their baggage, the introduction of invasive insects, or plant and animal diseases can severely impact our nation’s economic security.

U.S. Customs and Border Protection agriculture specialists at Washington Dulles International Airport must remain steadfast at intercepting all potential threats, such as the recent discovery of a combined 110 pounds of cow skins and dried beef in baggage from Nigeria and Cameroon, respectively.

According to the U.S. Department of Agriculture (USDA), cow skins and dried beef potentially carry highly contagious or deadly animal diseases, such as Bovine Spongiform Encephalopathy and Foot and Mouth Disease, which could threaten our nation’s cattle and livestock industries. That is why it remains prohibited to import unpermitted meat products from continents that have experienced animal disease.

The Nigerian and Cameroon travelers arrived at Dulles Airport September 7 on a flight from Ethiopia and were separately referred to secondary baggage examinations.

The passenger from Nigeria initially declared that she possessed no agriculture products, but when given another opportunity amended her declaration to include cow skins. During her baggage exam, CBP agriculture specialists discovered 66 pounds of cow skins and a little more than two pounds of wood bark. A closer inspection of the wood bark revealed a live insect larva.

The passenger from Cameroon declared that he was only carrying dried eru, a green leafy African vegetable; however, an x-ray detected anomalies in his baggage. Agriculture specialists inspected his baggage and discovered 44 pounds of dried beef, more than four pounds of wood bark, and soursop leaves, a plant alleged to have healing properties in Africa. Additionally, agriculture specialists discovered numerous insects and potential plant disease.

CBP submitted the insect specimens and plant disease to an entomologist and a pathologist, respectively, from the USDA Animal and Plant Health Inspection Service (APHIS) for identification. That final identification is pending.

“These interceptions illustrate the very real threat that Customs and Border Protection agriculture specialists combat every day in order to protect our nation’s natural resources and economic security, and they meet that challenge with extraordinary commitment and vigilance,” said John Jurgutis, acting area port director for the Area Port of Washington, D.C.

CBP agriculture specialists have extensive training and experience in the biological sciences and agricultural inspection, inspect tens of thousands of international air passengers, and air and sea cargoes nationally being imported to the United States.