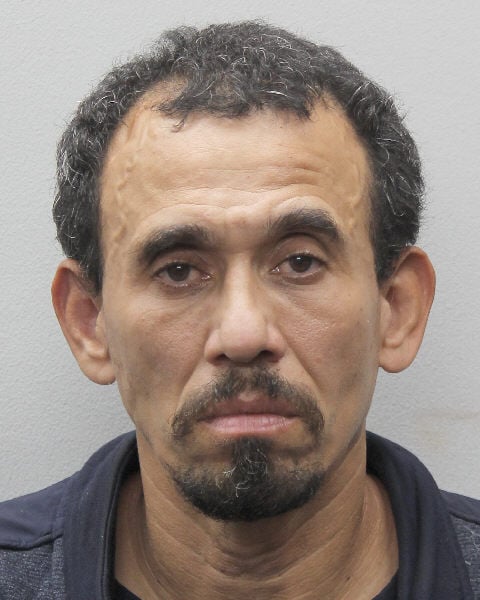 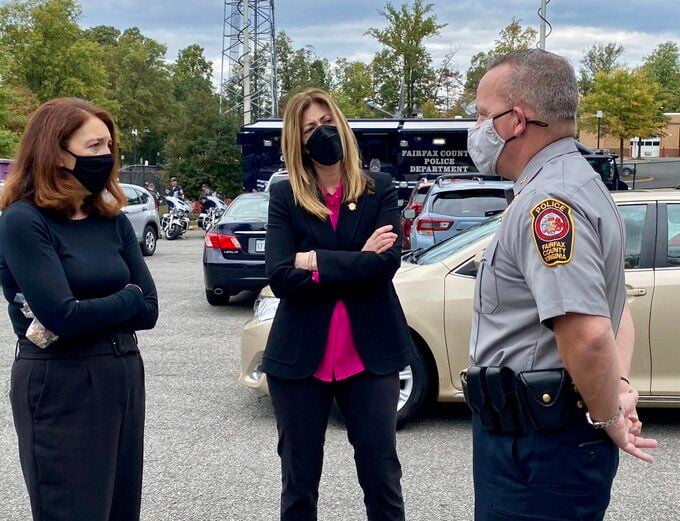 Regina LaBelle, acting director of the Office of National Drug Control Policy, and Drug Enforcement Agency Administrator Anne Milgram tour a site in Springfield where the public can drop off unneeded medications for safe, proper and anonymous disposal with Fairfax County Police Chief Kevin Davis October 23. Officers from the eight district police stations throughout Fairfax County helped collect more than 1,400 pounds of unused and expired over the counter and prescription medications. This important initiative addresses vital safety and public health issues. Unused or expired over the counter or prescription medicine left unsecured can be prone to misuse and may contribute to overdoses and accidental poisonings. Take-back boxes are available year-round at all eight Fairfax County district police stations. 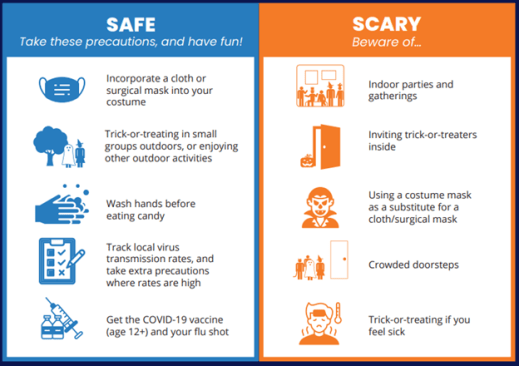 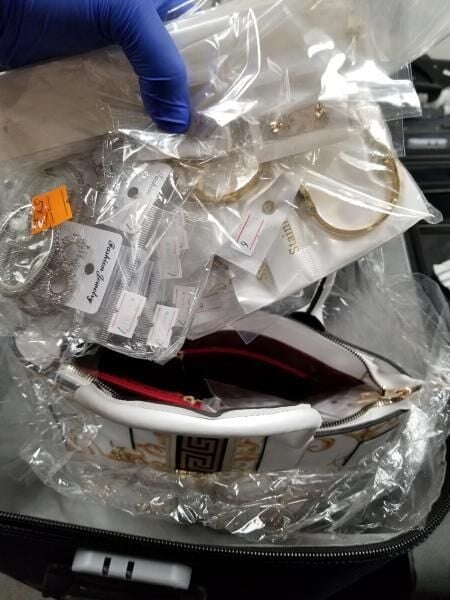 The 73-year-old man who was shot in the early morning hours October 20 in the 2900 block of Annandale Road has sadly died as a result of his injuries.

Officers responded to the area around 6:15 a.m. after a bicyclist saw a man lying on the ground in the parking lot. Fire and Rescue personnel discovered Nelson Alexander, Sr. suffering from an apparent gunshot wound to the upper body. He was taken to an area hospital where he passed away October 23. The Office of the Chief Medical Examiner will conduct an autopsy to determine the manner and cause of death.

Preliminarily, detectives from the Fairfax County Police Department Major Crimes Bureau determined Alexander entered the parking lot in his Jeep around 5:20 a.m. to use the walk-up ATM. As he was standing in front of the ATM, he was approached by a man wearing a mask who displayed a small revolver. The man was seen on surveillance footage threatening the victim and made demands before shooting him. The suspect left the area in an unknown direction.

Officers along with canine officers and the FCPD helicopter conducted an extensive search of the area and were unable to locate the suspect. Surveillance footage of the incident was recovered from the bank. The suspect is described as a young black man, slim build, last seen wearing a black hooded sweatshirt, dark colored pants, light colored backpack, white shoes with black laces and a black face covering.

Detectives continue to follow up on several leads provided by community members. The Fairfax County Police Department continues to ask for your help. Anyone with surveillance footage from the overnight hours of October 19 into the early morning of October 20 is asked to review it. Detectives believe the suspect may have been involved in other criminal activity overnight. If you have any information or if you believe you have surveillance footage that may be helpful, please call the Major Crimes Bureau at 703-246-7800, option 2.

This is being investigates as the 19th homicide year to date in Fairfax County. In 2020, there were 10 homicides year to date.

Shipments with a voluminous amount of counterfeit consumer goods are usually transported in maritime cargo, so it was a bit surprising when Customs and Border Protection (CBP) officers encountered two women who arrived at Washington Dulles International Airport recently from Qatar with 806 counterfeit items packed into 21 checked suitcases.

The 806 items, which included fake designer brand jewelry, watches, clothes, shoes, sunglasses and handbags, under the brand names Christian Dior, Dolce & Gabbana, Fendi, Gucci, Hermes, Prada, and Versace, among others, would have had a combined manufacturer’s suggested retail price (MSRP) of $1,065,779, if authentic.

Even the 21 suitcases that the fake goods were packed into were counterfeit.

The two women, U.S. lawful permanent residents living in Virginia, arrived from Doha, Qatar August 8. A CBP officer referred the women to a secondary examination area to complete a formal entry for the commercial goods in their baggage.

CBP officers then suspected that the goods were counterfeit and detained the goods for a more thorough inspection. Officers inventoried 806 items and submitted documentation of the inventory to CBP’s Consumer Products and Mass Merchandising (CPMM), and the Apparel, Footwear, and Textile (AFT) Centers of Excellence and Expertise.

CBP’s Centers of Excellence and Expertise, which are the agency’s trade experts, worked with trademark holders and by September 27 determined that all 806 pieces were counterfeit. CBP officers completed the seizure September 29.

“This might be one of the most uniquely large counterfeit goods seizures that Customs and Border Protection officers have seen in regular passenger baggage,” said John Jurgutis, acting area port director for the Area Port of Washington, D.C. “We know that the illicit trade in counterfeit consumer goods steals revenue from American businesses, threatens consumers with potentially unsafe products, and funds transnational criminal organizations, and CBP officers will continue to strike back at this illicit enterprise while protecting American consumers.”

Carlos Vigil, 46, of no fixed address, tried to take personal property and nearby community members assisted the victim by holding Vigil until officers arrived. Vigil was taken to the adult detention center and charged with robbery.

While COVID-19 cases are slowly declining, families are wondering if it’s OK to celebrate Halloween this year. The short answer is yes, but with precautions.

According to the Centers for Disease Control and Prevention (CDC), there are ways to enjoy the tradition and still protect your health. The best way to protect you and your loved ones from COVID-19 and possibly spreading the virus to others is to get vaccinated as soon as you are eligible and wear a mask indoors when there is substantial or high levels of community transmission.

While trick-or-treaters under 12 aren’t eligible for vaccine yet, this fun tradition can be done safely if families keep activities outdoors, wear a cloth or surgical mask (don’t rely on a costume mask to protect you), avoid crowded doorsteps, and wash hands before eating candy.

The Virginia Department of Health recommends the following guidance: