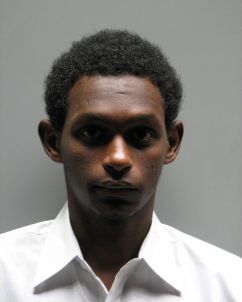 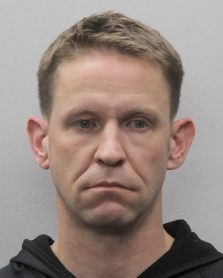 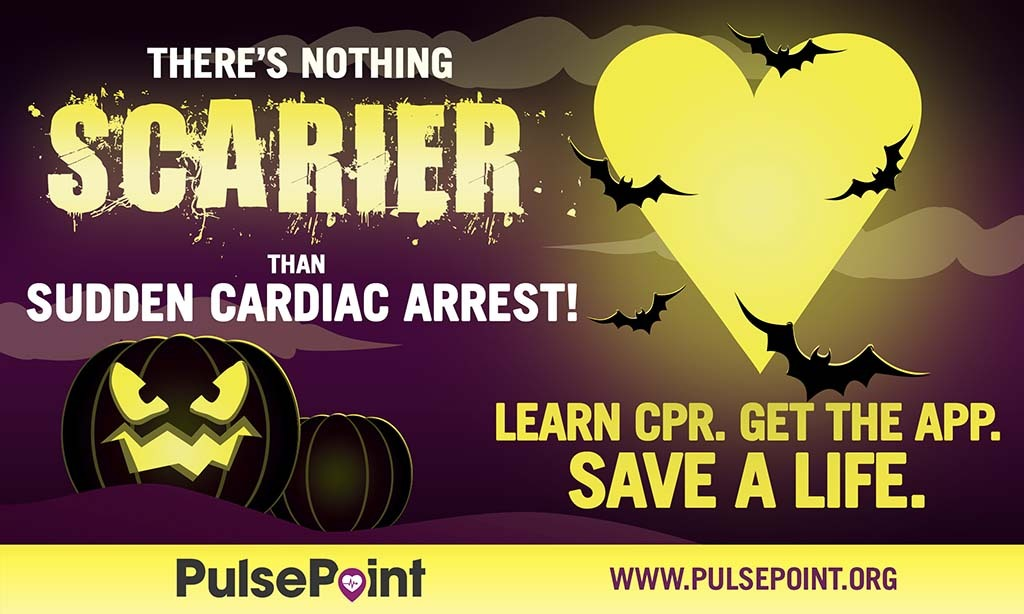 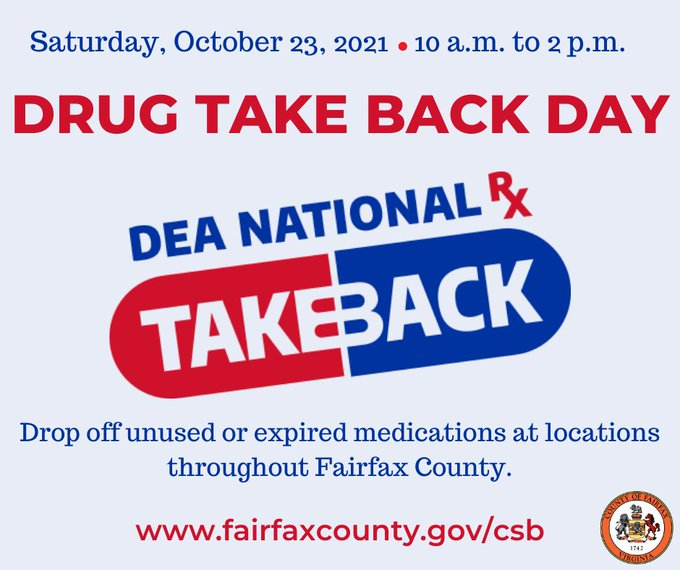 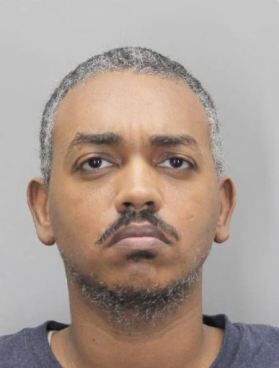 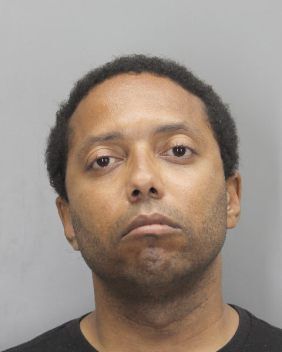 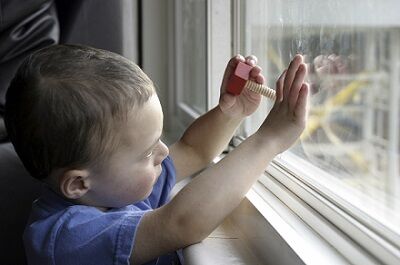 A 44-year-old man is in custody for assaulting two women in Springfield October 13.

Officers responded at 8:25 a.m. to the 6500 block of Frontier Drive for a report of a man assaulting a woman outside in a parking lot. Officers discovered the man grabbed the victim and assaulted her. Community members who witnessed the incident, attempted to intervene and the man left on a bicycle. As officers were investigating the first incident, an additional victim reported the same man approached her from behind and assaulted her in the parking lot of the 6500 block of Springfield Mall. The victim was able to push the man back, and he left on a bicycle.

Detectives are asking for anyone with information about this case or had previous illegal contact with Sills to please call the Fairfax County Police Department Major Crimes Bureau at 703-246-7800, option 3. At this time, detectives do not believe the man is the suspect from the incident that occurred at the Target October 13. Tips can also be submitted anonymously through Crime Solvers by phone – 1-866-411-TIPS (866-411-8477).

A 22-year-old man has been arrested following a sexual assault that occurred at 8 a.m. September 27 inside Chantilly High School. Officers responded to the school at 4201 Stringfellow Road after the victim’s mother contacted police advising her daughter had been assaulted two hours earlier.

Officers discovered a man wearing a mask entered the school with other students early in the morning. He approached the female victim, who believed he was another student. The man initiated a conversation and then unlawfully touched the victim. She was able to get away as other students approached. She contacted her mother and returned home prior to alerting school officials.

Upon hearing from the mother, officers searched the area surrounding the school and located Galata Bekele Bengessa, of Fairfax, on foot near Route 50 and Fairfax County Parkway. He was positively identified as the offender and taken into custody. During the arrest, Bekele Bengessa made statements to officers that led him to be taken to a nearby hospital to receive treatment.

Bekele Bengessa was arrested October 13 and taken to the Adult Detention Center. He was charged with abduction by force, sexual battery, and trespassing on school property. Further investigation led officers to two additional victims, who reported similar incidents involving the suspect that occurred away from school property.

Officers would like to hear from anyone who has information about this crime and anyone who may have had unlawful contact with Bekele Bengessa. Tipsters are asked to call the Fairfax County Police Department Major Crimes Bureau at 703-246-7800, option 3.

Officers responded at 5:10 a.m. to the 6000 block of Knollwood Drive for the report of a man inside of an apartment. Officers determined two men entered the unsecured, occupied apartment. One of the men went into a bedroom where the victim was sleeping. The victim woke to the man sexually assaulting her. The man punched the victim, then the two men ran from the apartment.

Officers along with canine units and helicopter conducted an extensive search of the area, but the two men were not located. Detectives responded to assume the investigation, and a canvass of the neighborhood was conducted. At this time, both suspects are described as 18-year-old Hispanic men, one with long curly hair and both wearing dark jackets and dark pants. Detectives continue to investigate to gather a more comprehensive description of the suspects involved and search the area for potential surveillance footage.

A 41-year-old man has been arrested and charged with 10 felonies related to the possession of child pornography.

The investigation began when the National Center for Missing and Exploited Children (NCMEC) was notified of a potentially illicit image being uploaded to a Dropbox account. NCMEC notified the Northern Virginia Washington, D.C. Internet Crimes Against Children Task Force of this CyberTipline lead. The owner of the Dropbox account was determined to reside in Fairfax County. Detectives from the Fairfax County Police Department Major Crimes Bureau’s Missing and Exploited Persons Squad were notified in August and assumed the investigation. Detectives executed a search warrant on the Dropbox account and discovered additional images of child sexual abuse material.

Subsequent search warrants led detectives to the identity of the owner of the Dropbox account as Stefan Bieret, 41, of Burke. Detectives executed a search warrant October 13 on his home and recovered multiple electronics. Bieret was arrested and charged with 10 counts of possession of child pornography. He was taken to the Fairfax County Adult Detention Center and held without bond.

Detectives will continue to examine the digital evidence that was recovered from the scene and consult with the Office of the Fairfax Commonwealth’s Attorney for any additional charges. Anyone with information regarding other cases involving Bieret or any cases of exploitation of children is asked to contact the Major Crimes Bureau at 703-246-7800, option 6. Tips can also be submitted anonymously through Crime Solvers by phone – 1-866-411-TIPS (866-411-8477).

Protect children from falling out of windows

Beautiful fall temperatures usually prompt many residents to open the windows in their home.

Fairfax County Fire and Rescue Department wants to alert residents to an issue that tragically comes up each fall (and spring): children falling out of open windows. Sadly, in past years, this has resulted in serious injury and death.

Open windows are a safety risk to children. Screens DO NOT prevent children from falling out. Windows must operate easily for emergency exits in case of fire, but should be made “childproof” by following these safety tips:

A 23-year-old man died October 16 following a crash that occurred around 4:34 p.m. October 15 on Fairfax County Parkway at Rolling Road in Springfield.

Detectives from the Fairfax County Police Department Crash Reconstruction Unit preliminarily determined Syed-Humza Mahmood of Annandale was driving his 2008 Lexus southbound on Fairfax County Parkway at a high rate of speed. His vehicle struck a 2015 Honda Odyssey and a 2019 Honda CRV. Mahmood’s Lexus overturned, and he was ejected from the vehicle.

Mahmood was transported to the hospital, where he was later pronounced deceased. The two other drivers were also taken to the hospital with minor injuries. Alcohol does not appear to be a factor in the crash, which remains under investigation.

Anyone with information about this crash is asked to contact the Fairfax County Police Department Crash Reconstruction Unit at703-280-0543. Tips can also be submitted anonymously through Crime Solvers by phone –1-866-411-TIPS(866-411-8477).

This is the 13th non-pedestrian related fatality in the County to date in 2021.

Year to date, in 2020 there were 10 non-pedestrian related fatalities.

Detectives have arrested a 34-year-old man following a tip from a community member. Fairfax County police put out a call for help October 12 in identifying the man responsible for assaulting a woman and exposing himself earlier that day in the Target at Springfield Mall.

Detectives arrested Gamal Mohamed Osman of Alexandria October 15 and charged him with sexual battery and indecent exposure. Osman was taken to the Fairfax County Adult Detention Center and released on bond.

Officers would like to hear from anyone who has information about this crime and anyone who may have had unlawful contact with Osman. Tipsters are asked to call the Fairfax County Police Department Major Crimes Bureau at 703-246-7800, option 3. Tips can also be submitted anonymously through Crime Solvers by phone – 1-866-411-TIPS (866-411-8477).