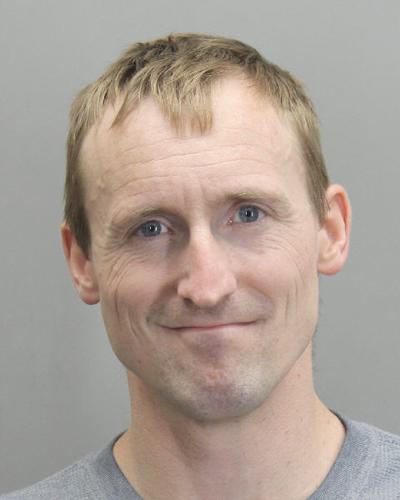 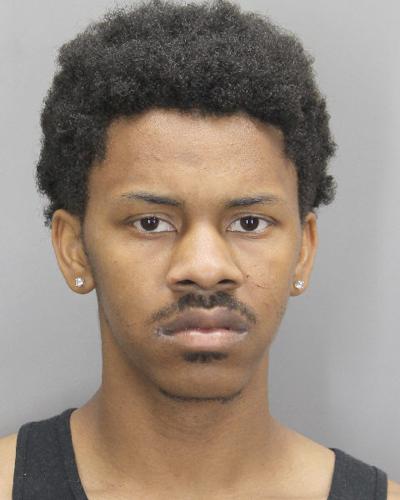 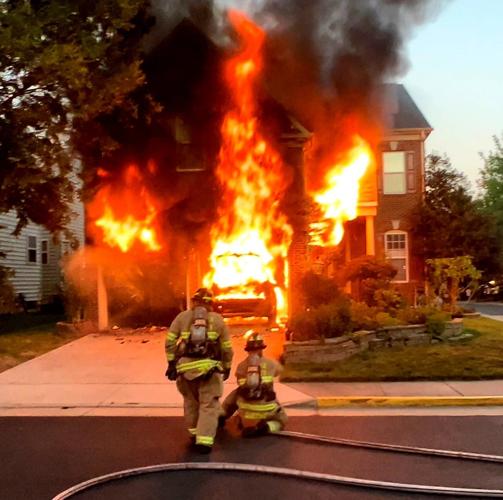 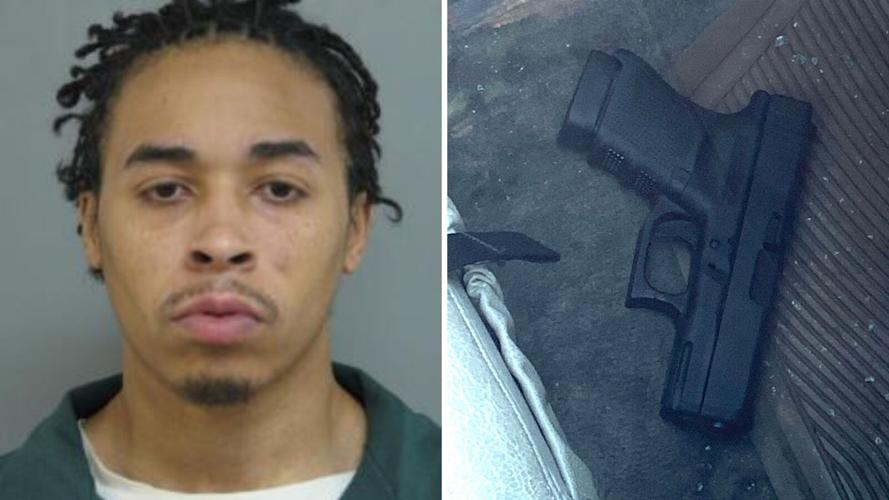 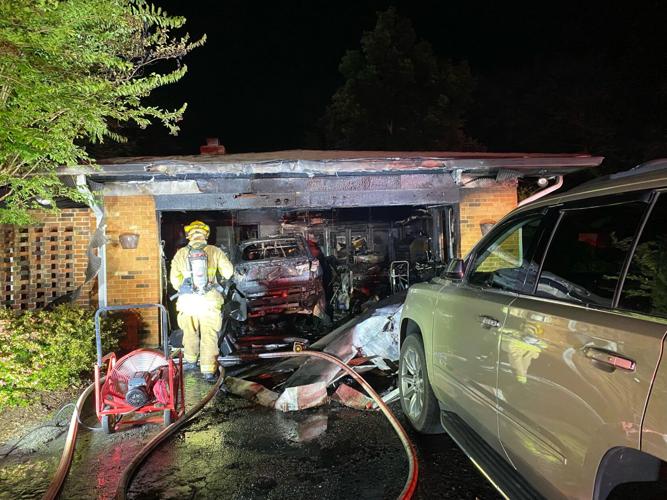 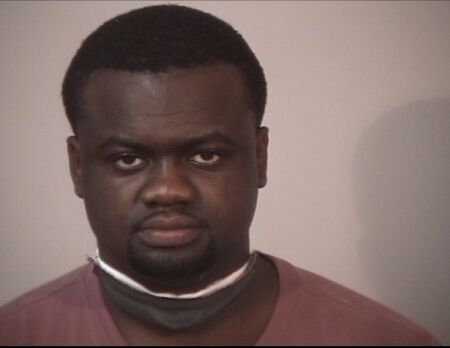 At approximately 4:30 p.m. June 30, officers were attempting to locate Christian Parker, 37, of Reston, who was wanted for possession of a firearm by a felon, larceny of a firearm, brandishing a firearm, and discharging a firearm within a home.

Detectives from the Fairfax County Police Fugitive Track and Apprehension Unit learned Parker was in the area of the Springfield Town Center. Detectives coordinated with the Summer Crime Initiative team to help find Parker. This seasonal team of officers focuses on suppressing crime during the summer months.

Officers found Parker in a parking lot and positioned their vehicles in a manner to prevent Parker’s escape. Parker entered his vehicle as officers approached. Three officers gave Parker several commands to show his hands. Preliminarily, it appeared Parker reached across the passenger seat and retrieved a firearm. At least one of the officers observed a firearm in Parker’s hands and alerted other officers. The officers gave multiple commands to Parker to drop the firearm. Parker disregarded these repeated commands, and two officers discharged their firearms. Officers then broke the window to Parker’s vehicle and entered the locked car. Officers rendered aid until Fire and Rescue personnel arrived. Parker was taken to a nearby hospital, where he died.

Parker was wanted after an incident on June 26 at his home in the 2000 block of Royal Fern Court in the Reston Police District. A family member reported Parker stole a firearm from the home and pointed the weapon at a relative. Parker then discharged the gun inside the home. The incident was reported more than 10 hours after it occurred. No one was injured at the time of the reckless discharge. Officers obtained warrants for Parker and notified the Fugitive Track and Apprehension Unit. Our officers worked throughout the week to find Parker, eventually finding him in the Springfield parking lot.

Per department policy, the officers have been placed on restricted duty pending the outcome of an administrative investigation by our Internal Affairs Bureau. An independent review will also be conducted by the Police Auditor. The name of the officers will be released within 10 days, unless there is a credible threat to the safety of those involved or if additional time is required to complete the risk assessment process thoroughly.

A criminal investigation into the use of force is being conducted by the Major Crimes Bureau. The department will release body camera footage and audio recordings within 30 days or when it no longer jeopardizes the integrity of the investigation.

Fairfax County Fire and Rescue units were dispatched for a reported house fire in the 2400 block of Cypress Green Lane in Oak Hill at 8:39 p.m. June 30.

Crews arrived on the scene of a two-story, single-family home with heavy fire visible from the garage. Firefighters worked quickly to knock down, and then extinguish, the fire. There were no reported civilian or firefighter injuries.

Three occupants were home at the time of the fire. Two occupants were working on an SUV in the garage. They were trying to clean the intake manifold when the vehicle caught fire. The two occupants tried to extinguish the fire with fire extinguishers but were unsuccessful. All occupants were then self-evacuated. 9-1-1 was notified. Smoke alarms were present but did not alert due to the location of the fire.

Fire investigators determined the fire was accidental in nature and started in the garage. The fire was caused by carburetor cleaner being applied to a hot intake manifold.

Three occupants were displaced because of the fire. Red Cross assistance was offered and declined. Damages due to the fire were approximately $11,500 for the vehicle and $85,000 for the home.

A 31-year-old Springfield man has died following a crash that occurred at 6:39 p.m. July 3 on Burke Center Parkway east of Ox Road in Burke.

Detectives from the Fairfax County Police Department Crash Reconstruction Unit have preliminarily determined a 2020 Honda motorcycle was traveling west on Burke Center Parkway. The driver of a 2016 Mercedes C4 was traveling east on Burke Center Parkway and was attempting to make a left turn mid-block into a shopping center. The motorcycle struck the front passenger side of the Mercedes. The motorcyclist, Nema Mirsaeedi, was thrown from the motorcycle. The motorcycle driver was taken to a nearby hospital and pronounced deceased. The driver of the Mercedes remained at the scene.

Preliminarily, alcohol does not appear to be a factor in the crash. The investigation remains active, and details of the investigation will be presented to the Office of the Commonwealth’s Attorney for review.

At approximately 11:01 p.m. on July 3, a Virginia State Police trooper observed a Toyota 4Runner traveling north at an excessive rate of speed. The trooper confirmed the vehicle's speed at 101 mph in the posted 70 mph. The trooper activated his emergency lights and sirens to initiate a traffic stop on Interstate 95 near the 127-mile marker in Spotsylvania County.

The Toyota refused to stop and, instead, accelerated and sped away from the trooper. A pursuit was initiated and continued north through Stafford County and into Prince William County, with the Toyota passing vehicles on the shoulder and traveling in excess of 100 mph. Once it entered Prince William County, the Toyota exited I-95 at Exit 161 in Lorton and headed north on Route 1. When the Toyota attempted to turn onto Sacramento Drive, the driver lost control and the SUV ran off the road, and struck a utility pole and then a tree.

The driver, Derrick R. Adjei, 24, of Alexandria, was taken into custody. He was transported to a nearby hospital for treatment of minor injuries sustained in the crash. Adjei was then transported to Rappahannock Regional Jail. A firearm was recovered from the Toyota.

State police charged Adjei with one felony count of eluding police and reckless driving. Further investigation resulted in the state police making contact with the City of Richmond Police concerning an ongoing homicide investigation in that jurisdiction.

RPD detectives, investigating a shooting on West Main Street, have charged Adjei with malicious wounding. Other charges are pending.

In response to a 911 call, City of Fairfax Police officers responded to 9804 Bolton Village Court on June 24 at 2:58 a.m. The caller stated that a person in the residence had been shot. Officers arrived at the residence and located Gret Glyer deceased in a bedroom.

As a result of an investigation conducted by the Criminal Investigations Division, a suspect was developed and probable cause was established. After consulting with the Fairfax County Commonwealth Attorney’s Office, arrest warrants were obtained for the suspect in this case.

Joshua Daniel Danehower, 33, of Arlington,  was arrested and charged with one count of Second Degree Murder and one count of Use of a Firearm During the Commission of a Felony.  The arrest was made on the evening of June 28, by the Metropolitan Washington Airports Authority with the assistance of the Arlington County Police Department at Dulles Airport where Danehower works.  Danehower was transported to the Fairfax County Adult Detention Center and held without bond.

Fairfax County Fire and Rescue and the City of Fairfax Fire departments were dispatched for a reported house fire in the 3200 block of Barbara Lane in Mantua on June 28 at 1:51 a.m.

Units arrived on the scene of a two-story, single-family home with fire showing from the attached garage. Crews worked quickly to extinguish the bulk of the fire within 10 minutes of units arriving on the scene. There were no civilian or firefighter injuries reported.

Two occupants were home at the time of the fire. The homeowners were alerted to the fire when the smoke alarms sounded. Upon investigation, they observed fire emitting from the attached garage door. The occupants evacuated and called 9-1-1. There were working smoke alarms in the house.

Fire investigators determined that the fire was accidental in nature and started in the garage. The cause was an engine compartment fire, which spread to the structure.

Two occupants were displaced because of the fire. Red Cross assistance was offered and declined. Damages as a result of the fire were approximately $182,500. The contents loss also reflects the vehicle involved.

A 25-year-old man from Maryland entered Home Depot at 6210 Seven Corners at 2:20 p.m. on June 28, threatened an employee, and took merchandise without paying.

Carlos Bido, 25, of Maryland, left in a Toyota that was reported stolen earlier in the day. Responding officers located the Toyota and attempted a traffic stop. The Toyota sped away entering another jurisdiction. Officers notified that jurisdiction, and the man was arrested. He was charged with robbery, grand larceny, petit larceny, auto theft, eluding, driving without a license, and possession of a fictitious registration.

The victim was at a gas pump with his BMW 330CI in the 10000 block of Braddock Road at 9:08 p.m. June 25,  when a 20-year-old man from Springfield entered the victim’s car and drove away. The victim followed the stolen car with a bystander and updated officers of its location.

Officers found the car and attempted a traffic stop, but the suspect sped off. Dahsaan Fields, 20, of Springfield,  lost control of the BMW and struck a pedestrian. The BMW became disabled after crashing. Fields ran away until officers located him and took him into custody nearby. The pedestrian was taken to a hospital with injuries that were not considered life-threatening. Fields was charged with grand larceny and eluding.