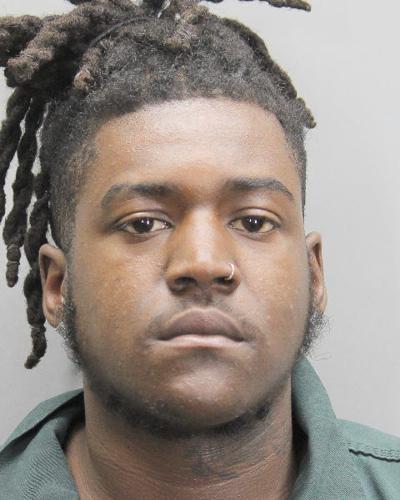 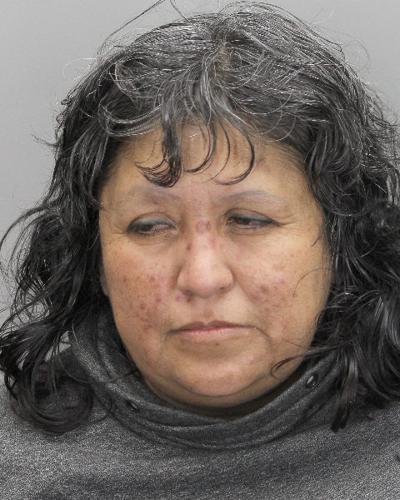 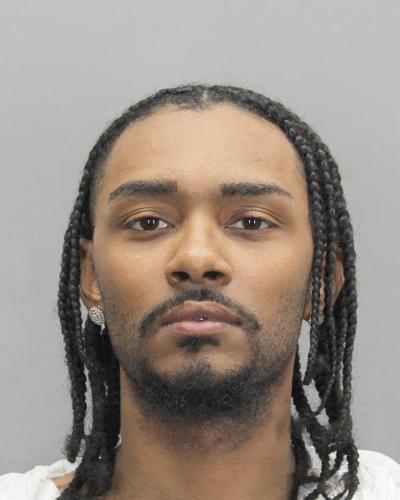 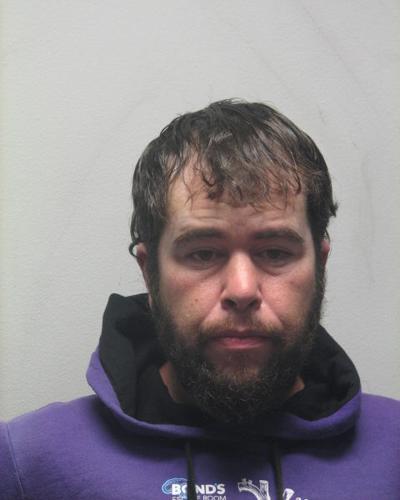 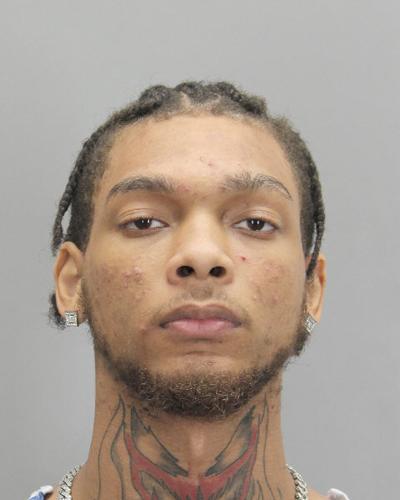 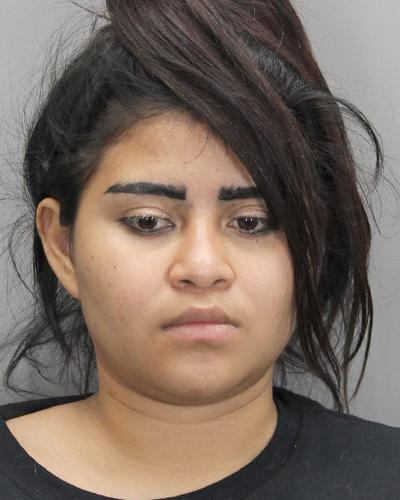 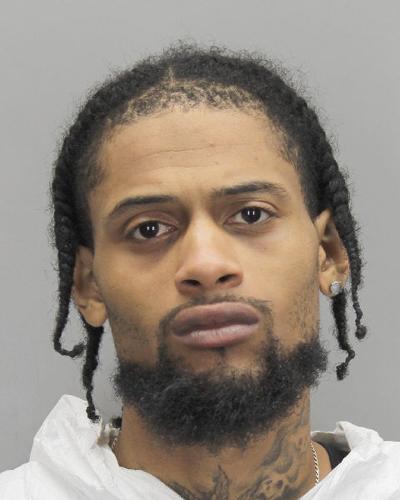 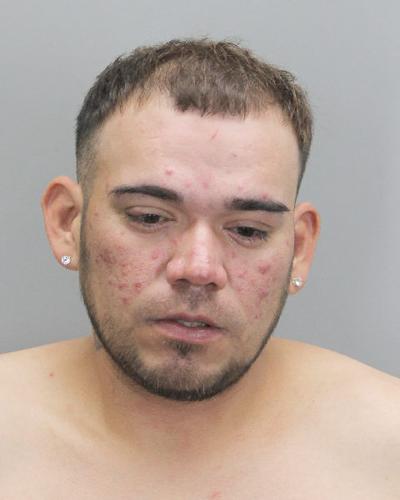 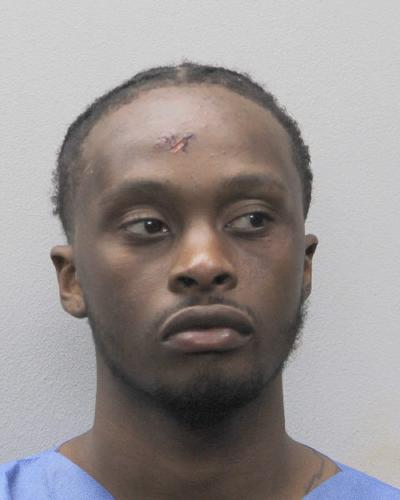 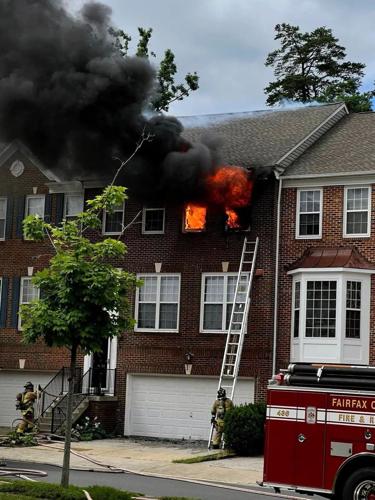 At 2:56 a.m., a Virginia State Police trooper attempted to stop a Dodge Charger traveling south on I-95 near Exit 163 in Lorton. The traffic stop was for the license plate being reported stolen out of Maryland. The Dodge refused to stop and instead sped away from the trooper at a high rate of speed. A pursuit was initiated. Approximately two minutes later, the Dodge ran off the right side of the interstate near Occoquan Road, struck the guardrail and crashed into the ditch. The driver, Kamara, ran from the scene on foot. An adult male passenger remained at the scene.

Kamara was apprehended a short distance from the vehicle crash. A search of the vehicle resulted in approximately 2 kilograms of Fentanyl pills being seized by state police. The incident remains under investigation.

Fairfax County Fire and Rescue responded at 6:45 a.m. June 26  to a call for smoldering mulch at the St. John Neumann Catholic Community Church at 11900 Lawyers Road in Reston.

Fire and Rescue personnel detected an accelerant was likely used in the fire and observed graffiti spray painted on a sign at the entrance of the church. They  requested police to the scene to assist with the investigation.

Officers found three additional locations on the back of the building damaged by graffiti. The remarks spray painted were related to the recent Supreme Court Roe v Wade ruling. Officers are working with the church staff to review surveillance footage.

Fairfax County Police continue to have increased patrols at places of worship, connect with community faith leaders, and are working with regional law enforcement partners to determine who is responsible.

Fairfax Fire and Rescue personnel were dispatched for a reported townhouse fire in the 13000 block of Rose Petal Circle in the Frying Pan area June 18 at approximately 9:36 a.m.

Units arrived on the scene of a three story, middle unit townhouse with fire visible from the third floor. Crews were able to quickly bring the fire under control. Fire was mostly contained to the third floor with minor extension into the attic. Two dogs were rescued from the home. There were no reported civilian or firefighter injuries.

No occupants were home at the time of the fire. The fire was discovered by neighbors who observed fire coming from the third-floor window. 9-1-1 was called. Smoke alarms were present and activated, according to witness statements.

Fire investigators determined the fire was accidental in nature and started in a third-floor bedroom. The cause of the fire was a malfunction involving a charging, lithium-ion battery pack.

Two occupants were displaced because of the fire. Red Cross services were offered and declined. Damages as a result of the fire were approximately $93,750.

A jury convicted seven MS-13 gang members and associates on charges of sex trafficking a minor under the age of 14 and other child sexual exploitation offenses.

According to court records and evidence presented at trial, in August 2018, the 13-year-old victim ran away from a youth home in northern Virginia. Shortly after running away, the victim was introduced to members of MS-13. Members of the gang told her they would be her family and protect her if she joined the gang. Gang members then beat the victim 26 times with a baseball bat as part of a gang initiation. Gang members then sex trafficked her in Virginia and Maryland using the currency of cash and drugs. In one instance while in Virginia, men lined up to have sex with the victim in a wooded area behind two of the defendants’ apartment complex. She was also harbored in various apartments in Northern Virginia where men paid her and her handlers cash for sex.

The victim was later beaten again with a bat 26 times as a form of gang punishment. Shortly after the second bat beating, the victim was transported to Maryland, where she was sold to numerous gang members and other customers in exchange for cash and drugs, including cocaine. Law enforcement recovered photographs and videos of the victim being sexually exploited, along with numerous social media messages regarding the trafficking and sexual exploitation of her.

City of Fairfax Police officers responded for a report of vandalism in the 10700 block of Fairfax Blvd. at 4:23 p.m. June 20.

The reporting person stated that while traveling westbound on Fairfax Boulevard, an unknown female subject threw a plant into the road, causing minor damage to the hood of their vehicle.

Officers located and identified the female subject. Ana Camacho, 50, of no fixed address, was taken into custody and transported to the Fairfax County Adult Detention Center where she was charged with Shooting or Throwing Missiles at an Occupied Vehicle. Camacho was held on a $2,000 secured bond.

Just after midnight on June 17, officers responded to a bus stop in the 7800 block of Richmond Highway. A passerby saw the victim suffering from trauma to the upper body. The victim, Michelle Huntley, was taken to a nearby hospital for injuries considered life threatening. Sadly, she succumbed to her injuries June 25..

Detectives have reviewed hours of surveillance footage, conducted several interviews, and canvassed the surrounding area extensively to determine the circumstances that led up the deadly assault. Detectives believe the injuries she sustained were likely from blunt force. The Office of the Chief Medical Examiner will conduct an autopsy to determine specific cause and manner of death.

This is the 12th homicide of the year in Fairfax County. There were 10 homicides at this point in 2021.

A 24-year-old man got into an argument with the victim, an acquaintance, inside an apartment in the 2600 block of Redcoat Dr., at 11:07 p.m. June 19. The man displayed a firearm, shot the victim in the upper body, and ran away. The victim was taken to a hospital with injuries not considered life threatening.

Officers quickly located the man and arrested him nearby. Antwan Pratt, 23, of Alexandria, was charged with aggravated malicious wounding and the use of a firearm in the commission of a felony.

Man charged with drunk in public

The reporting person stated that they were spit on by a male subject while in line. Officers located the male subject nearby and found him to be intoxicated.

Justin Hendricks, 38, of no fixed address, was taken into custody and transported to the Fairfax County Adult Detention Center where he was charged with drunk In public. Hendricks was held on a $1,000 unsecured bond and until sober. The victim declined to prosecute for the assault.

A 2019 Kawasaki Ninja 400 was traveling west on I-495 in the thru lanes. As the motorcycle took the exit for Eisenhower Ave toward Mill Road, it ran off the left side of the travel lane and struck the cement wall. The impact of the crash caused the motorcyclist to be thrown from his bike and over the cement wall.

The motorcyclist, Braydon A. Stone, 23, of Alexandria, landed approximately 28 feet below in the I-495 westbound travel lane.

Stone was transported to Inova Fairfax Hospital, where he succumbed to his injuries.

He was wearing a helmet. The crash remains under investigation.

City of Fairfax Police officers responded for the report of multiple people trespassing in a vacant apartment in the 10300 block of Layton Hall Dr. at 9:14 a.m. June 26.

The property manager granted officers access to the apartment where two males and one female were located. All three suspects were taken into custody and transported to the Fairfax County Adult Detention Center where they were each positively identified.

Officers responded just before 4 p.m. June 20 to I-95 southbound near Old Keene Mill Road to assist another jurisdiction after they located a black GMC Sierra that was reported stolen.

The three occupants of the Sierra ran after Onstar disabled the vehicle near the 6400 block of Brandon Avenue. As the three men were running, they approached a separate victim, demanded his keys, and drove off in the new victim’s Chevrolet SUV. A short time later, the vehicle became disabled after striking a utility pole near the intersection of Phillip Road and Greenfield Road in Annandale.

A man is in custody for the deadly assault of Michelle Huntley, who was found at a bus stop in the 7800 block of Richmond Highway. After canvassing the Hybla Valley area, detectives located surveillance footage from several sources near the bus stop where Huntley, 63, was fatally assaulted on June 17. Detectives from the Fairfax County Police Major Crimes Bureau distributed an internal bulletin, asking officers for help in identifying a person of interest.

An officer saw Chante Antonio Jones, 32, June 27 wearing similar clothing from the night of the attack in the 7900 block of Richmond Highway – one block away from where the deadly assault took place. Detectives from the Homicide Squad responded to the scene. Through their investigation, detectives determined Jones was the assailant. Jones was charged with aggravated malicious wounding and held without bond. Detectives continue to investigate to determine the relationship between Jones and Huntley as well as the circumstances leading to the assault.

The Office of the Chief Medical Examiner is conducting an autopsy to determine the specific cause and manner of death. Pending the results of the autopsy and consultation with the Office of the Commonwealth’s Attorney, charges may be amended.