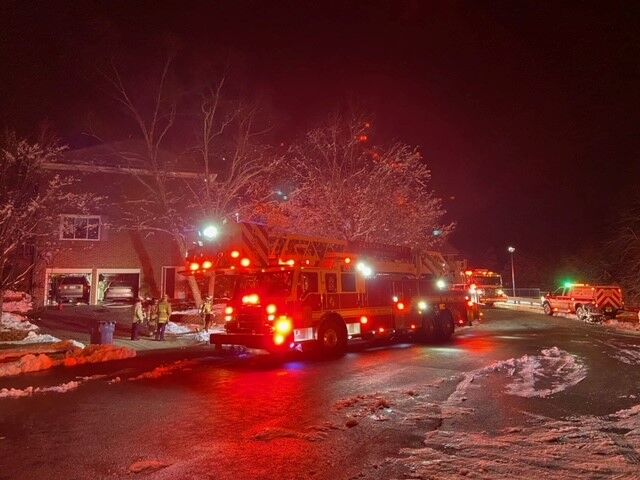 Fire began in the basement 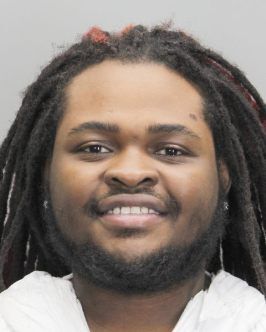 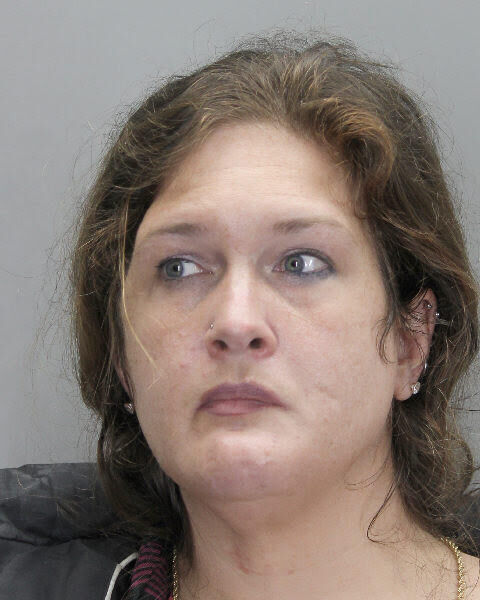 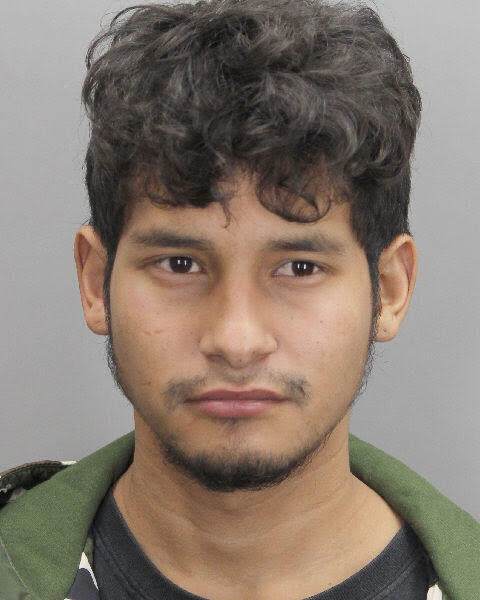 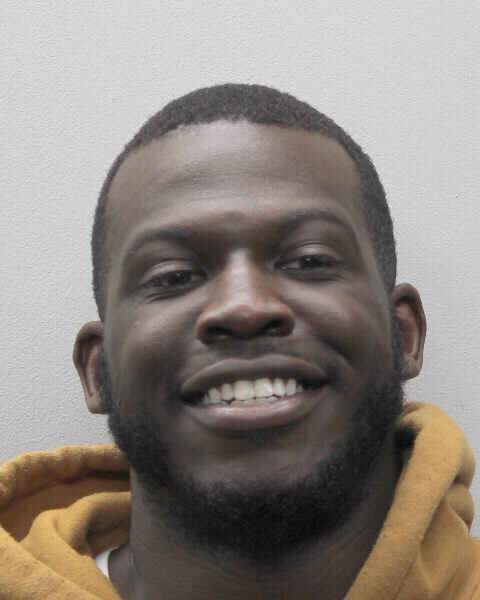 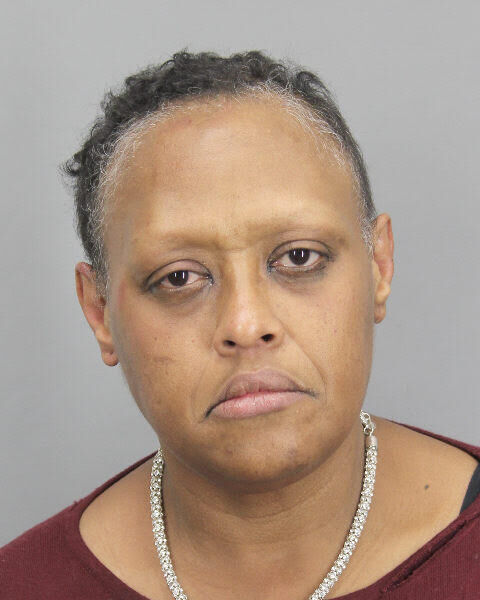 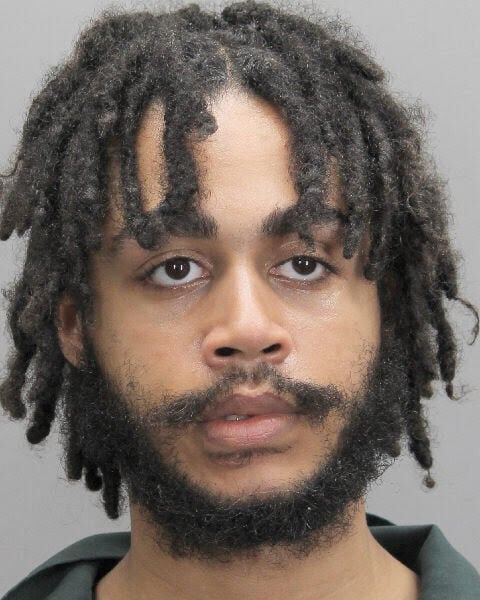 Units from Fairfax County Fire and Rescue Department and the Prince William County Department of Fire and Rescue were dispatched for a reported house fire in the 5600 block of Virginia Chase Drive in Centreville Jan. 4 at approximately 7:33 p.m.

Crews arrived on the scene of a two-story, single-family home with smoke coming from the basement. Firefighters quickly located a fire in the basement and extinguished it. There were no civilian or firefighter injuries reported.

One occupant was home at the time of the fire. The occupant was using his sauna when he dropped a towel on top of heating element. He noticed that the towel was on fire and flames were traveling up the walls. The occupant called 9-1-1 and self-evacuated. Smoke alarms sounded after the fire was discovered.

Fire investigators determined that the fire was accidental in nature and started in the basement. The fire was caused by a towel being dropped on top of the sauna’s heating element.

One occupant was displaced because of the fire. Red Cross assistance was offered and declined. Damages as a result of the fire were approximately $37,500.

One man is dead and another was seriously injured after two separate shooting incidents Jan. 8 near Richmond Highway in Hybla Valley.

Jordan Eugene Cochran, 20, of Alexandria has been charged following the shootings, which began with a fight at a bus stop at Richmond Highway and Dart Drive. Officers were called to the scene at approximately 6:22 p.m. and discovered Kebbren Isaiah Leigh-Gaye, 18, of Alexandria with a gunshot wound to the upper body. Leigh-Gaye was taken to the hospital with life-threatening injuries. He was later pronounced deceased.

Cochran fled after the fatal shooting and approached a driver in the parking lot of the 7-Eleven at 3100 Lockheed Blvd. Cochran requested a ride. When he was denied, he fired one round, which struck an adult man in the eye. Cochran ran from the scene. The injured man was taken to the hospital with non-life-threatening injuries.

Officers quickly found Cochran in the parking lot of a nearby Taco Bell at 7230 Richmond Highway and took him into custody without incident. A handgun was recovered along with items belonging to Leigh-Gaye. Cochran was charged with second degree murder, two counts of use of a firearm in commission of a felony, malicious wounding and robbery. Detectives continue to investigate the motive behind the fatal shooting. Cochran and Leigh-Gaye were known to each other.

Victim specialists from our Major Crimes Bureau’s Victim Services Division have been assigned to ensure that the victims’ families are receiving appropriate resources and assistance.

This is the first homicide of the year in Fairfax County. Year to date, there were no homicides at this point in 2021.

Last week Fairfax County Police Chief Kevin Davis announced the results of the DNA testing of the two victims found on Dec. 15 in the 2400 block of Fairhaven Avenue in the Fairfax County portion of Alexandria.

The two women found were positively identified as Cheyenne Brown, 29, of Washington, D.C. and Stephanie Harrison, 48, of California.

Recently, detectives met with officers throughout the National Capital Region to see if they have any cases under similar circumstances. Detectives would like to hear from anyone who may have information about Anthony Eugene Robinson, this case, or may have had past interactions with Robinson. To contact FCPD detectives, please call the Major Crimes Bureau at 703-246-7800, option 2. Tips can also be submitted anonymously through Crime Solvers by phone – 1-866-411-TIPS (866-411-8477).

Victim specialists from the Major Crimes Bureau’s Victim Services Division continue to work with the victims’ family to ensure they are receiving appropriate resources and assistance.

After an argument which occurred December 30 at 7:19 p.m. in the 7800 block of Richmond Highway, Josue Eliseo Diaz-Alvarado, 24, of Alexandria stabbed the victim. The victim was taken to the hospital for injuries that were not considered life threatening. Diaz-Alvarado was charged with malicious wounding. This was not a random act.

A 50-year-old man remains hospitalized after an officer-involved shooting that occurred at 1 p.m. Jan. 4 in the 4500 block of Briarton Drive in Chantilly.

Officers were called to the home earlier in the day after Robert Jablonski, of Chantilly, was threatening his elderly parents. At that time, no crime had occurred, and officers assisted the family with obtaining an Emergency Custody Order (ECO) to assist with getting Jablonski mental health treatment. The ECO was later issued by a magistrate, and officers returned to the home to facilitate the service.

At 12:56 p.m., officers attempted to make contact with Jablonski, who refused verbal commands. Officers also had information that he may be armed with a weapon. The decision was made to remove the parents from the home and tactically reposition outside to deescalate the situation. Shortly after, Jablonski exited the home with a compound bow. Jablonski pointed the bow at full draw at officers, and one officer discharged his service rifle. Jablonski was struck in the upper body.

Officers immediately rendered first aid until fire and rescue personnel responded. Jablonski was taken to a nearby hospital where his injuries were later determined not to be life threatening. No officers were injured as a result of this incident, and no one else was harmed.

Detectives have obtained and yesterday served Jablonski with a warrant for attempted aggravated murder of a police officer. He remains hospitalized receiving further treatment.

The officer involved in the incident has been identified as a six-year veteran who is assigned to the Sully Police District Station. As per department policy, the officer has been placed on a restricted duty pending the outcome of an administrative investigation by the FCPD Internal Affairs Bureau. An independent review will also be conducted by the Police Auditor. The name of the officer will be released by Chief Kevin Davis within 10 days, unless there is a credible threat to the safety of those involved or if additional time is required to thoroughly complete the risk assessment process.

A criminal investigation into the use of force is being conducted by the Major Crimes Bureau. Davis will release body camera footage and audio recordings of the 911 call for service within 30 days or when it no longer jeopardizes the integrity of the investigation.

An officer saw a 2019 Honda Accord at I-495 and Arlington Boulevard at 7:55 p.m. December 30 that was reported stolen from a nearby jurisdiction. The officer conducted a traffic stop on the vehicle and Caitlin Crawford, 37, of Maryland was taken into custody. She was charged with fail to return bailment property, and possession of schedule I or II narcotics.

In the 5900 block of Richmond Highway at 5:31 p.m. January 5, an officer saw a 2007 Dodge Caliber that was reported stolen from a nearby jurisdiction.

The officer attempted to make a traffic stop on the vehicle. The driver, Kelly Gutrick, 53, of Maryland, disregarded the officer’s signal to stop and drove in reverse, striking a community member’s vehicle, and disabling the vehicle she was operating. Gutrick was taken into custody.

An officer reported injuries that were not considered life threatening. No other injuries were reported. The woman was charged with possession of schedule I or II drug, hit and run, disregarding a command to stop, intentionally damaging property, larceny third or subsequent and being in possession of stolen goods valued at greater than $1,000.

When officers attempted to conduct a traffic stop on the vehicle, the driver, Hasani Thomas, 21, of Maryland, attempted to elude officers by striking a cruiser with his vehicle. Thomas was charged with grand larceny and assault on a law enforcement officer.

Stephan Pearson, 33, of Manassas man entered a restaurant in the 7700 block of Gunston Plaza Jan. 6 at 7:27 p.m. and stabbed a known associate in the lower body.

The Alexandria Police Department has made multiple arrests in a shooting that occurred late Jan. 9, involving an innocent bystander.

A report of shots fired was received at approximately 3:20 p.m. in the unit block of South Reynolds Street. APD investigation revealed two suspects exited the 7-Eleven store and approached their parked vehicle. One suspect retrieved a firearm from the vehicle and then fired shots at the occupants of another parked vehicle. The second suspect fired shots at the same vehicle as it drove away from the scene. The suspects fled the scene and were later apprehended by APD Patrol officers.

During the altercation, an innocent bystander was shot. The victim, a 26-year-old female, city of Alexandria resident was transported to the hospital by a good samaritan. The victim is currently in stable condition with life-threatening injuries.

Three suspects have been arrested so far in this incident:

Maurice Turner, 18, city of Alexandria resident, is charged with malicious wounding by mob, use of firearm in the commission of a felony, concealed weapon, shooting missiles into an occupied vehicle, and unlawful discharge of a firearm.

Damonte Martin, 21, a Lincolnia, Fairfax County resident, is charged with malicious wounding by mob, use of firearm in the commission of a felony, concealed weapon, shooting missiles into an occupied vehicle, and unlawful discharge of a firearm.

Donovan Copeland, 20, city of Alexandria resident, is charged with malicious wounding by mob and concealed weapon.

This case is still under investigation, and APD asks anyone with information to please reach out to Detective Stephen Riley by phone at 703-746-6225, email at Stephen.Riley@Alexandriava.gov or call APD’s non-emergency number at 703-746-4444. Tips can be anonymous.

An officer saw a 2019 Honda Accord that was reported stolen from an out-of-state jurisdiction at I-495 and Arlington Boulevard Dec. 30 at 7:55 p.m.

The officer conducted a traffic stop on the vehicle and Eric Gardner, 26, of Woodbridge was arrested. Gardner was charged with grand larceny and operating a motor vehicle without a license.