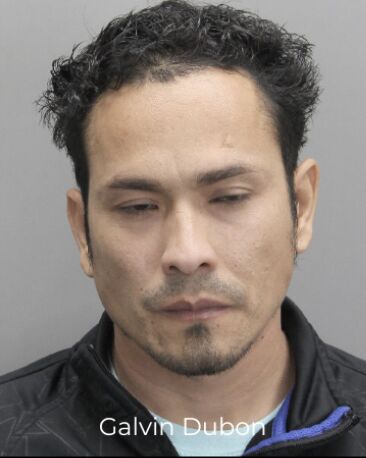 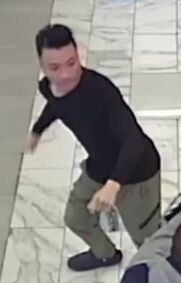 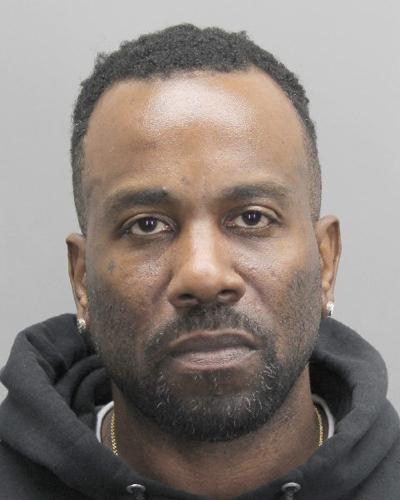 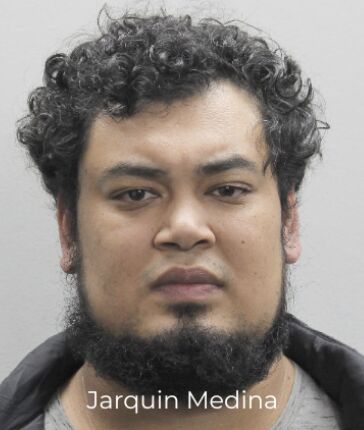 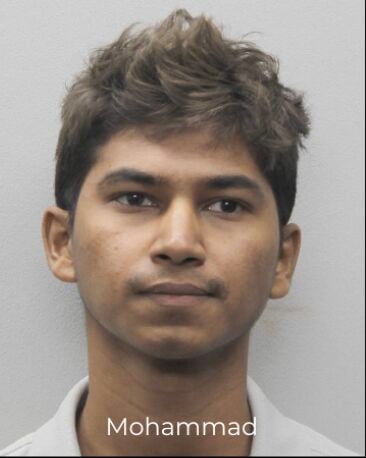 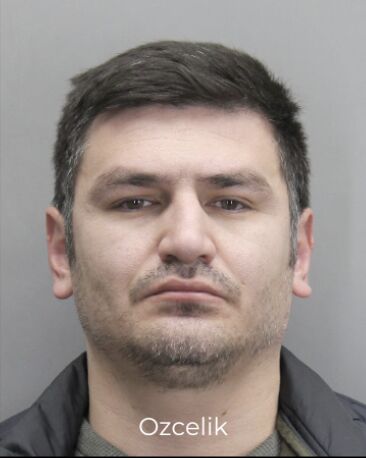 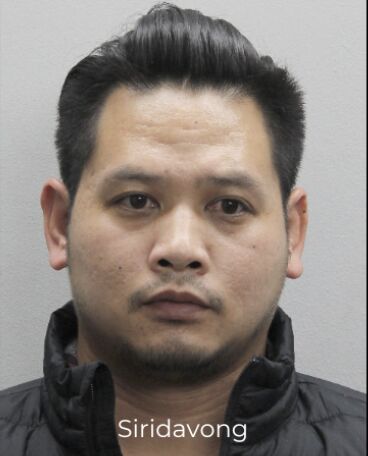 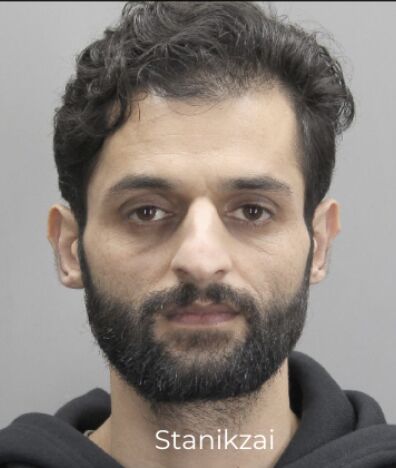 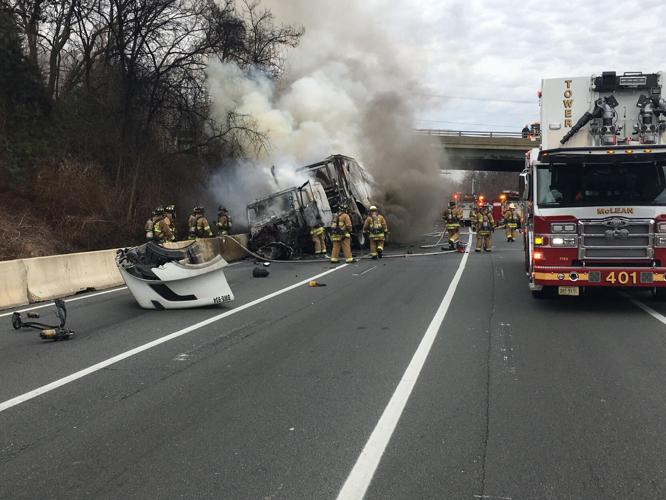 Fairfax County Police detectives arrested seven men as part of a Traveler Operation ─ a sting meant to identify and apprehend online predators. The operation was conducted over several days in December and continued as investigators worked to identify offenders who failed to appear as part of the initial sting. In each case, offenders used internet platforms to initiate explicit conversations and solicit sex from police officers posing as children. When each of the suspects arrived at the agreed upon locations, detectives took them into custody. The men ranged in age from 26-52 and were charged with a total of 49 felonies.

Parents are urged to closely monitor their children’s online activities and use available security settings to prevent the use of inappropriate sites or platforms. Children should be encouraged to report any person engaging in inappropriate conversations or trying to coerce them into providing sexually explicit images of themselves. There are many applications predators use to solicit victims. Parents are encouraged to know what applications their children are using and have open dialog of the dangers they may pose.

Detectives are asking anyone with information regarding these incidents or others with a similar nexus to call the Major Crimes Bureau at 703-246-7800, option 6.

Fairfax County Police detectives have arrested a 42-year-old woman for assaulting a child in Herndon.

On Dec. 8, an employee of the Little Oaks Montessori Academy, 13525 Dulles Technology Drive #103, observed Wesal Houd Abu Issa of Herndon restrain an 18-month-old to a chair using tape. The employee reported the incident to the daycare staff and Child Protective Services. Officers were notified the following day, and detectives assumed the investigation. On Dec. 21, detectives obtained a warrant for assault. Abu Issa was arrested Jan. 4 and released on an unsecure bond.

FCPD asks anyone with information regarding these incidents to call the Major Crimes Bureau at 703-246-7800, option 3.

An adult son is in custody after fatally stabbing his stepfather.

At 11:03 p.m. Jan. 10, officers responded to a stabbing in the 1200 block of Colonial Road in McLean. The caller said her son, who also lives in the house, stabbed both her and her husband.

As officers arrived, Adam Timothy Jackson Jr., 39, exited the home and was taken into custody. Officers searched the home and found the stepfather, Alan Miller Kaufman, 68, suffering trauma to the upper body. Life-saving measures were attempted but were unsuccessful. Fairfax County Fire and Rescue personnel declared the man deceased. The mother was transported to the hospital with injuries that were not considered life-threatening. Jackson was transported to the Adult Detention Center and charged with second-degree murder. He was held on no bond.

The Office of the Chief Medical Examiner will conduct an autopsy in the coming days to determine the cause and manner of death. Detectives continue to conduct interviews, collect video surveillance and process evidence recovered from the scene to determine the circumstances that led up to the fatal stabbing.

City of Falls Church Police are looking for two individuals involved in a stabbing Jan. 5.

At about 11:50 a.m. on Jan. 5, City of Falls Church Police responded to 6795 Wilson Blvd. for a report of a stabbing at the Eden Center. One victim was stabbed and taken to a local hospital. The victim is stable with non life-threatening injuries.

Anyone with information should contact Detective Clyde Gandionko at 703-248-5284 (TTY 711) or cgandionko@fallschurchva.gov.

A Herndon man made his first court appearance Jan. 9 on charges of production and attempted production of child sexual abuse material.

According to court documents, in and around May 2022, Vincent Joseph Sarikey, 34, allegedly repeatedly engaged in sexually explicit discussions with at least two persons who identified themselves as minors, each of whom he successfully persuaded to produce sexually explicit pictures of themselves and send to him.

Sarikey is alleged to have then provided the images of at least one minor to another individual who shared his stated sexual interest in minors. These exchanges took place on several social media platforms, including Telegram, Twitter, and Discord under the monikers “John Lugne,” “@JLugne,” and “triadus#9325.” Charging documents also allege that Sarikey attempted to groom and entice the minors to record themselves engaging in sexually explicit activity and that he sent some of the minors sexually explicit images of himself. Moreover, Sarikey’s electronic devices contained hundreds of images and videos of child sexual abuse material.

The Federal Bureau of Investigation continues to attempt to identify additional victims. Anyone with information regarding these crimes is encouraged to call 1-800-CALLFBI or 1-800-225-5324.

Sarikey faces a mandatory minimum of 15 years in prison. Actual sentences for federal crimes are typically less than the maximum penalties. A federal district court judge will determine any sentence after taking into account the U.S. Sentencing Guidelines and other statutory factors.

Semi crash snarls traffic on I-495

The tractor-trailer was traveling south on I-495 when it crashed near Exit 44 at Georgetown Pike in Fairfax County. The impact of the crash caused the vehicle to catch fire.

The driver was transported to a nearby hospital for treatment of non-life threatening injuries. The crash remains under investigation.

Two juveniles died, and one teen was seriously injured in a single-vehicle crash that occurred Jan. 10 in Fairfax Station.

At 9:26 p.m. dispatchers received an emergency crash notification in the 7400 block of Lee Chapel Road. Officers searched the area and found a 2019 Lexus IS350 off of the road. Fire and rescue personnel extricated one victim, who was taken to a nearby hospital with injuries considered life-threatening. Two other occupants of the Lexus were declared deceased at the scene.

Because the victims were juveniles, their names are not being released.

Fairfax County Police arrested a man after a traffic stop involving a stolen tractor-trailer on I-495 S just past the Braddock Road exit Jan. 9.

Kirk Hart, 43, of Florida was taken into custody and charged with grand larceny, possession of a firearm and ammunition by a felon. His next court date is March 6.

The Vienna Police Department responded to the report of a firearms discharge near the Giant Food, at 359 Maple Ave E. at approximately 3:40 p.m. on Jan. 8.

An investigation determined two subjects, both identified by the Vienna Police Department, were involved in a family civil dispute. One subject sustained minor injuries and was transported to a local hospital where they were treated and released. The second subject suffered minor injuries that did not require medical attention.

The criminal investigations section of the Vienna Police Department will continue to investigate the incident. Investigators will consult with the Fairfax County Commonwealth Attorney’s Office to determine which charges will apply.