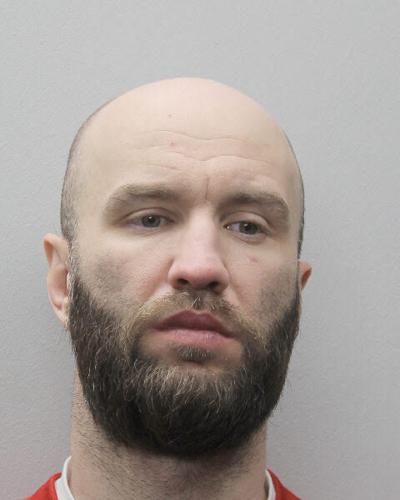 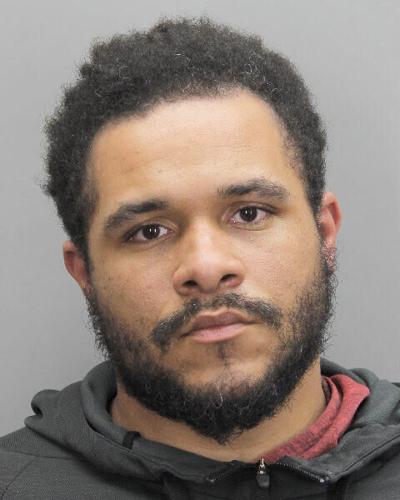 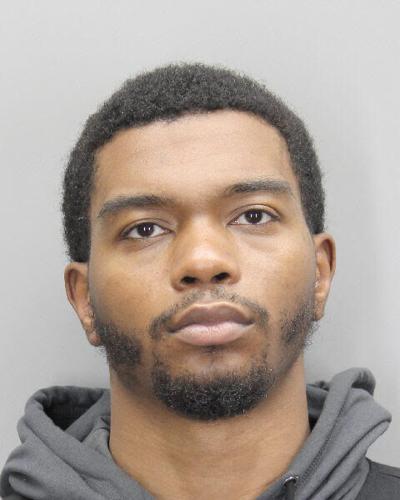 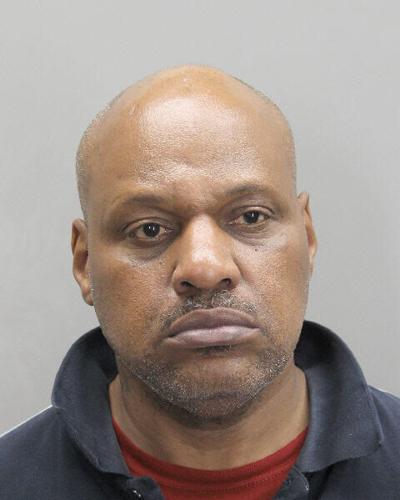 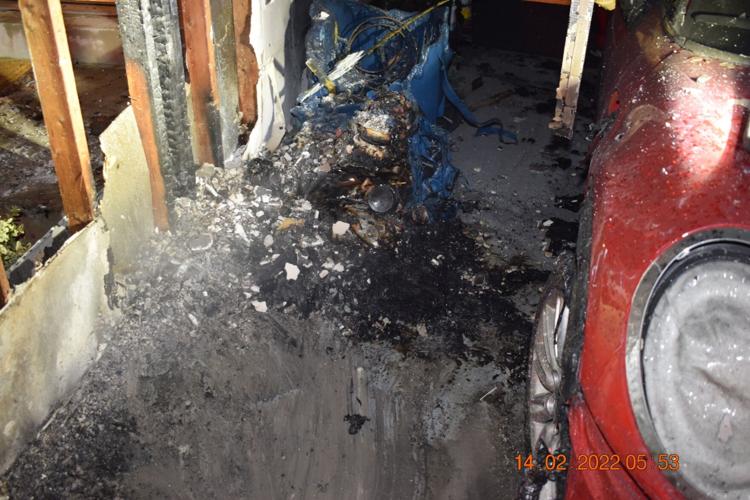 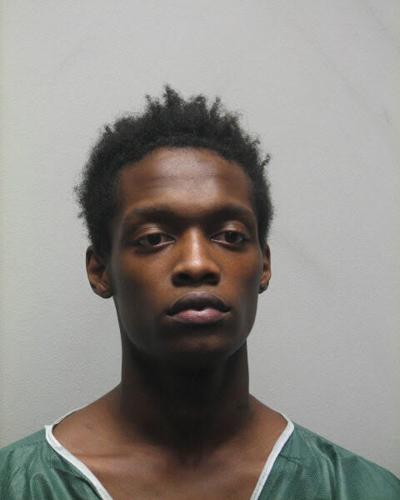 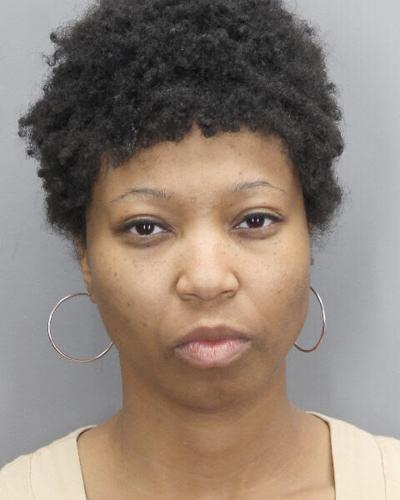 Units arrived on the scene of a two-story, single-family home with fire visible in the attached garage. Firefighters worked quickly to extinguish the fire. The fire damage was isolated to the garage. There were no reported civilian or firefighter injuries.

Five occupants were home at the time of the fire. The fire was discovered when the occupants woke up to the smell of smoke. Upon investigation, smoke and flames were observed coming from inside the garage. Working smoke alarms were present but did not sound due to the location of the fire.

Fire investigators determined that the fire was accidental in nature and started in the attached garage. The cause of the fire was improperly discarded fireplace ashes into a trash receptacle.

No occupants were displaced because of the fire damage being isolated to the garage. Red Cross assistance was not needed. Damages as a result of the fire were approximately $87,500.

Detectives from the Fairfax County Police Department Major Crimes Bureau continue to investigate two apparent suicides that occurred at the same residence in the 4200 block of Sonia Court, in the Alexandria section of Fairfax County.

Officers were called to the residence at 8:11 p.m. on Feb.19 after FCPD recruit Matthew Farberov, 28, called police. He found his wife suffering from an apparent self-inflicted gunshot wound. She was taken to a nearby hospital by Fairfax County Fire and Rescue personnel, where she succumbed to her injuries. Detectives from the Major Crimes Bureau responded to the scene to investigate. Shortly after our initial response concluded around 1:30 a.m. on Feb. 20, Farberov called for police to return. Upon arrival, officers found Faberov suffering from an apparent self-inflicted gunshot wound. Farberov was pronounced deceased at the scene.

The Office of the Chief Medical Examiner will be conducting autopsies to confirm manner and cause of death.

An officer saw a 2021 Dodge Ram ProMaster in the 6500 block of Springfield Mall at 12:58 p.m. Feb. 13 that was reported stolen from an out-of-state jurisdiction.

The officer stopped the Dodge and the sole occupant of the vehicle, Eric Whitehorn, 24, of Maryland, was arrested and charged with grand larceny, false identification to law enforcement, and preventing a law enforcement officer from making an arrest.

Recidivist sentenced to 120 months for possession of child pornography

An Alexandria man was sentenced Feb. 16 to 10 years in prison followed by a lifetime of supervised release for possession of child pornography.

James B. Clawson Sr., 59, was convicted by a federal jury in the Eastern District of Virginia of possession of child pornography on Aug. 26, 2021. According to court documents and evidence presented at trial, Clawson was previously convicted of distribution of child pornography in the Eastern District of Virginia after law enforcement discovered that he was serving as the administrator of an online forum dedicated to child sexual abuse material and distributing such material to members of his forum.

While on a term of federal supervised release in connection with this conviction, a U.S. Probation Officer visited Clawson’s home and found a laptop and thumb drives in a hidden compartment in Clawson’s closet. Though Clawson had denied owning a laptop, law enforcement’s investigation established that Clawson had been using the laptop to search for and download images and videos of minors engaged in sexually explicit conduct, which he then stored on one of his thumb drives. Once saved to his thumb drive, Clawson categorized and renamed these files based on the specific sexual conduct they depicted.

This case was brought as part of Project Safe Childhood, a nationwide initiative to combat the epidemic of child sexual exploitation and abuse, launched in May 2006 by the Department of Justice. Led by U.S. Attorneys’ Offices and CEOS, Project Safe Childhood marshals federal, state, and local resources to better locate, apprehend, and prosecute individuals who exploit children via the internet, as well as to identify and rescue victims.

Detectives from the Fairfax County Police Organized Crime and Intelligence Bureau are investigating a bias incident that occurred on Feb. 20.

Officers were called to 1400 block of Laurel Hill Road, in the Wolf Trap area of Vienna, after a community member found a sealed plastic bag containing an anti-Semitic flyer weighted with corn kernels on his property. Prior to police arrival, the community member found an additional 70-80 flyers throughout the neighborhood. Officers collected several of the flyers for evidentiary processing. Detectives are working to determine the origin of these flyers, and patrols have been increased as a precaution.

FCPD is actively working with the Anti-Defamation League and the Jewish Community Relations Council of Greater Washington to ensure the community is aware of these flyers.

FCPD would like to hear from anyone who may have information about these flyers or may have home surveillance footage that may have captured the distribution. To contact detectives, please call the Organized Crime and Intelligence Bureau at 703-802-2750. Tips can also be submitted anonymously through Crime Solvers by phone – 1-866-411-TIPS (866-411-8477).

An officer saw a 2021 Kia Rio at I-495 and Telegraph Road that was reported stolen from an out-of-state jurisdiction.

The officer stopped the Kia at 4:24 p.m. Feb. 11 and the sole occupant, Olajumoke Brittany Sodipo, 35, of Maryland, was arrested and charged with grand larceny.

The victim witnessed a man going through his vehicle in the 5200 block of Mornington Court Feb. 15 at 8:49 p.m. then leave the area in a green truck. Fairfax County Police officers found the green Ford Ranger nearby and discovered it was stolen from a neighboring jurisdiction.

City of Fairfax Police officers were notified at approximately 10:35 p.m. by FCPD of a recovered stolen vehicle in the 10900 block of Park Road that had not yet been reported from their jurisdiction.

City of Fairfax made contact with the vehicle owner, who confirmed that their Ford pickup truck was not in the driveway.

Alton Thodos, 36, of Alexandria, was taken into custody by FCPD and transported to the Fairfax County Adult Detention Center where he was taken before a magistrate. Thodos was ultimately charged with two counts of Petit Larceny (Fairfax County) and one count of Grand Larceny-Auto Theft (City of Fairfax). He was held on no bond.

Detectives from the Fairfax County Police Crash Reconstruction Unit continue to investigate a fatal crash that occurred around 7:30 p.m. on Feb. 19, on Ox Road near Workhouse Road in Lorton.

Preliminarily, detectives determined Victor Savier Barillas Delao, 28, of Alexandria, was crossing mid-block on Ox Road from east to west, near Workhouse Road. The driver of a 2015 Honda Accord was traveling south on Ox Road, approaching the intersection on a green light. Delao was struck in the roadway and pronounced deceased at the scene. The driver of the Honda remained on the scene. Preliminarily, speed and alcohol do not appear to be factors in the crash.

This is the second pedestrian fatality in the County to date in 2022.

Year to date in 2021, there were two pedestrian fatalities.

City of Fairfax Police officers responded for a larceny at the Safeway at 10350 Willard Way Feb. 18 at approximately 4:45 p.m.

The employee stated that a male subject exited the store with multiple bags of unpaid merchandise. When officers attempted to stop the subject, the subject fled the scene on foot. Officers located the subject nearby. Further investigation revealed that the subject had two outstanding warrants; failure to appear out of Fairfax County and a probation violation from the Department of Corrections.

Haywood Purnell Jr., 59, of Falls Church, was taken into custody and transported to the Fairfax County Adult Detention Center where he was charged with petit larceny and obstruction of justice. The additional outstanding warrants were served and Purnell was held on no bond.

City of Fairfax Police officers responded for an assault in the 3600 block of Hill Street Feb. 18 at approximately 5:09 p.m.

Reporting persons stated that they were pushed by one another during an argument. No injuries were reported. Further investigation revealed that one of the parties was wanted on a protective order violation out of Fairfax County.

Charles Sellman, 32, of Fairfax, was taken into custody and transported to the Fairfax County Adult Detention Center where the warrant was served and he was held on a $2,000 secured bond.

A man approached the victim on a pathway near Huntington Avenue and Richmond Highway Feb. 17 at 6:14 p.m., began to chase after the victim and sexually assaulted her.

Bystanders heard her scream and intervened by holding down the suspect down until police arrived. Micah Smith, 18, of Maryland was arrested and charged with two counts of sexual battery, abduction, indecent exposure, and intercourse with victim by force.

An 86-year-old woman has died following a crash that occurred around 10:45 a.m. on Feb. 3 on Baron Cameron Avenue at North Village Road in Reston.

Detectives determined Huamin Xuan was crossing Baron Cameron Avenue from north to south prior to the intersection with North Village Road, outside of the crosswalk. The driver of a 2003 Toyota Prius was traveling east on Baron Cameron Avenue approaching the intersection with North Village Road and struck Xuan in the roadway. Xuan was taken to a hospital where she succumbed to her injuries on Feb. 16. The driver of the Toyota remained at the scene. Speed and alcohol are not factors in the crash.

This is the 3rd pedestrian fatality in the County to date in 2022.

Year to date in 2021, there were 2 pedestrian fatalities.