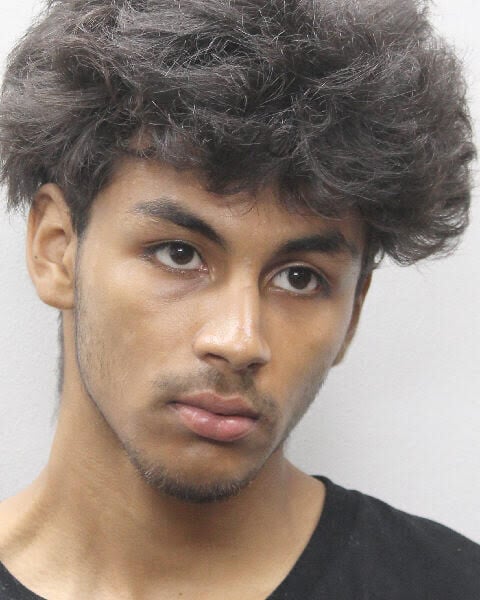 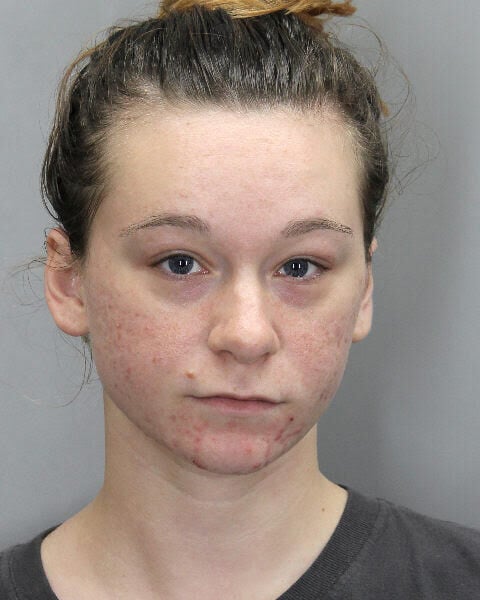 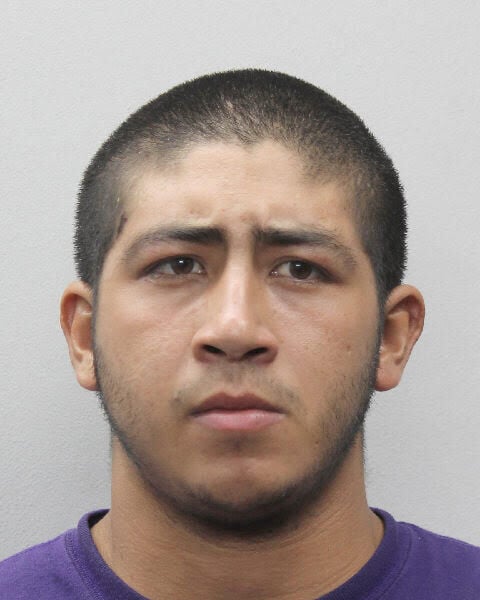 A man was at the intersection of Lee Highway and Old Centreville Road at 8:35 p.m. July 24, acting erratically when he jumped on the hood of a car stopped at a traffic signal and broke the windshield.

He walked to another nearby motorist, reached into the car threatening the occupants and attempted to take their property. Officers arrived and tried to take Johnny Laws Jr., 36, of Maryland, into custody when he assaulted an officer and attempted to remove an officer’s gun and baton. The officer and Laws Jr. were taken to a hospital with injuries that were not considered life threatening.

Detectives from the Fairfax County Police Department Major Crimes Bureau continue to investigate after a 19-year-old man was found deceased July 27 inside an apartment in the 3100 block of Southgate Drive in the Alexandria section of Fairfax County.

Officers responded at 7:12 p.m. after a family member found Ronald Worthy Jr., of Alexandria, suffering from apparent gunshot wounds to the upper body. Fire and Rescue personnel responded and pronounced him deceased.

The investigation revealed Worthy was last seen by a family member yesterday morning. During a canvass of the neighborhood, several community members believed they heard gunshots in the early afternoon hours but no calls for service were received by the Fairfax County Department of Public Safety Communications. Cartridge cases were recovered inside the apartment. Detectives did not observe any obvious signs of forced entry into the apartment and do not believe this to be a random act of violence. The Office of the Chief Medical Examiner will conduct an autopsy to determine the manner and cause of death.

Anyone with information about this crime or who may have noticed anything suspicious is asked to please call our Major Crimes Bureau at 703-246-7800, option 3. Tips can also be submitted anonymously through Crime Solvers by phone – 1-866-411-TIPS (866-411-8477). Anonymous tipsters are eligible for cash rewards of $100 to $1,000 dollars if their information leads to an arrest.

This is being investigated as the 14th homicide year to date in Fairfax County. Detectives have made 10 arrests related to the 14 homicides.

The victim arranged to sell his car with a man. Johnathan Brown, 30, of Washington D.C., got in the car in the 8500 block of Wyngate Manor Court and drove away at 1 p.m. July 29.

Officers found Brown in the car nearby, and he was charged with grand larceny.

VSP investigate fatal accident on I-495

Virginia State Police is investigating a three-vehicle fatal crash in Fairfax County. The crash occurred July 26 at 5:30 p.m. on Interstate 495 at the 175 mile marker.

A 2006 Honda Civic was traveling east on I-495 when it swerved off the right side of the road and rear-ended a 2012 Acura MDX. The Honda then struck a flatbed wrecker that was legally stopped on the right shoulder.

The driver of the Honda, Andrej Kolacevski, 39, of Alexandria, was transported to INOVA Fairfax Hospital where he succumbed to his injuries. He was wearing a seatbelt.

The driver of the Acura was not injured in the crash. The operator of the wrecker was treated on scene for minor injuries.

An officer observed a 2018 Nissan Altima driving at a high rate of speed at Leesburg Pike and Dale Drive July 25 at 2:55 a.m.

Marcus Turner, 26, of Sterling, was arrested after a short foot pursuit. Turner was charged with disregarding police signal to stop, obstruction of justice, and driving on revoked license.

Detectives from the Fairfax County Police Department Crash Reconstruction Unit continue to investigate a fatal crash that occurred July 25 at 11:05 p.m. on Chain Bridge Road at the intersection of International Drive.

Preliminarily, detectives determined Jose Matias Monjaras, 61, of Falls Church, was crossing Chain Bridge Road at the intersection of International Drive without the right of way. The driver of a 2015 Toyota Corolla was traveling north on Chain Bridge Road through a green light and struck Monjaras in the intersection. The driver remained at the scene.

After lifesaving efforts, Monjaras succumbed to his injuries. Preliminarily, speed and alcohol do not appear to be factors for the driver. The investigation remains active and details of the investigation will be presented to the Office of the Commonwealth’s Attorney for review.

This is the 8th pedestrian fatality in the county to date in 2021.

Officers responded for the report of an intoxicated man in the 7200 block of Little River Turnpike July 25 at 4:51 p.m.

When officers attempted to arrest the man, he tried to run then attempted to remove an officer’s firearm. Victor Granado Alfaro, 19, no fixed address, was charged with drunk in public, attempt to disarm a law enforcement officer, and obstruction of justice.

The Alexandria Police Department made a quick arrest after an armed carjacking in the Cameron Station area of the West End.

At approximately 8:42 p.m. July 27, officers were dispatched to the 500 block of Cameron Station Boulevard to investigate an armed carjacking.  The victims, an adult male and adult female, reported being carjacked by an adult male suspect with a firearm in the 5500 block of Cardinal Place. The victims told officers they were able to get away from the suspect when he stopped the vehicle in the 400 block of Ferdinand Day Drive. The victims told officers they fled to Armistead Boothe Park to call 911.

A helicopter was called in to assist officers and K-9 units with the search for the suspect.  During the search, officers recovered the vehicle and a firearm. At approximately 9:20 p.m., the suspect, a 25-year-old male, was arrested near the intersection of S. Reynolds Street and Duke Street.

The suspect suffered a medical emergency during the booking process and was transported to a local hospital.

The investigation is ongoing.  Anyone with information is asked to contact Detective Stephen Riley at 703-746-6225 or the police non-emergency line at 703-746-4444.  You can remain anonymous.

Officers saw a man with outstanding warrants in a minivan at Leesburg Pike and Peace Valley Lane July 29 at 10:51 p.m.

When officers approached, the man and two occupants ran from the minivan. Angel Matute Aviles, 18, of Falls Church, was arrested and served with two outstanding warrants for unauthorized use of a vehicle and contributing to the delinquency of a minor.

Officers located a 2021 Chevy Silverado at Old Keene Mill and Spring Roads that was reported stolen July 25 at 1:18 a.m.

A traffic stop was initiated, and the occupants were taken into custody. Jamaal Lowery, 41, of Washington D.C., was charged with grand larceny.

A group of four were attempting to make fraudulent purchases with credit cards in the 6500 block of Springfield Mall and ran when officers responded July 25 at 3:47 p.m. All four were arrested.

Detectives from the Fairfax County Police Department Crash Reconstruction Unit continue to investigate a fatal crash that occurred July 30 at 9:15 p.m. in the 8100 block of Lorton Road.

Preliminarily, detectives determined Marco Antonio Galeas Sr., 55, of Alexandria, was crossing mid-block on Lorton Road near the I-95 overpass, outside of a crosswalk. The driver of a 2010 Nissan Altima was traveling east on Lorton Road in the center lane and struck Galeas. The driver remained at the scene. Galeas was taken to the hospital where he succumbed to his injuries July 31. Preliminarily, speed and alcohol do not appear to be factors for the driver. The investigation remains active and details of the investigation will be presented to the Office of the Commonwealth’s Attorney for review.

A woman entered a home in the 9400 block of Backstay Court and began stealing property. She was confronted by the homeowner July 27 at 1:19 p.m.

The woman attempted to run from the home but was arrested by officers nearby. Skyler Pagnella, 23, of Springfield, was charged with burglary and petit larceny.

Varun Balan, 33, of Fairfax, became upset and made derogatory statements. Another community member attempted to intervene. Balan then assaulted the two men and was arrested. He was charged with two counts of assault and battery and disorderly conduct.

In July of 2020, members of the Fairfax County Sheriff’s Office Intelligence Unit, suspected an inmate housed in the Fairfax County Adult Detention Center of conspiring with another individual to fraudulently obtain unemployment benefits from the state of Maryland.

A multi-jurisdictional, multi-agency investigation lead by the Sheriff's Intelligence Unit revealed that the pair had fraudulently obtained more than $10,000 in benefits.

The Fairfax County Sheriff’s Office would like to thank the U.S. Department of Labor's Office of Investigations and the Prince George’s County Police Department for their partnership in this investigation.