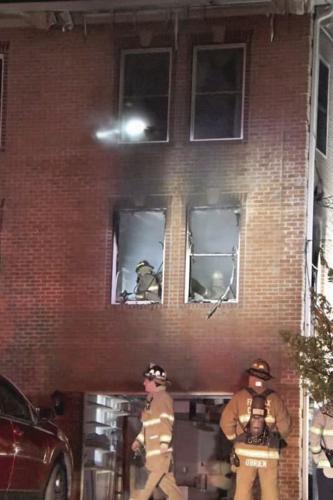 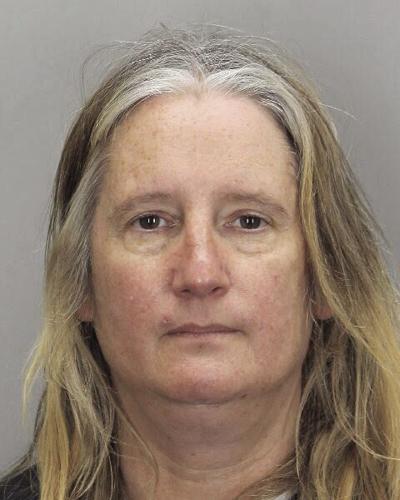 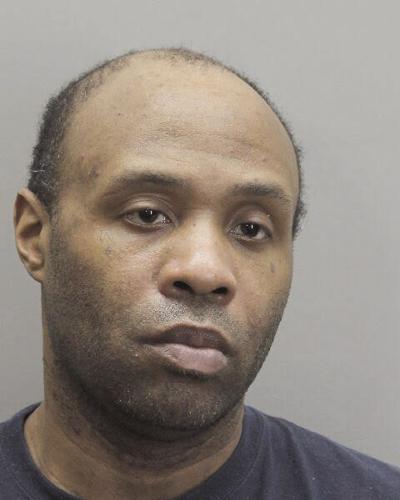 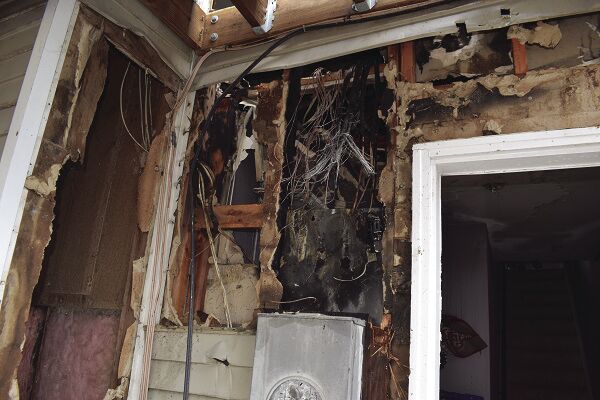 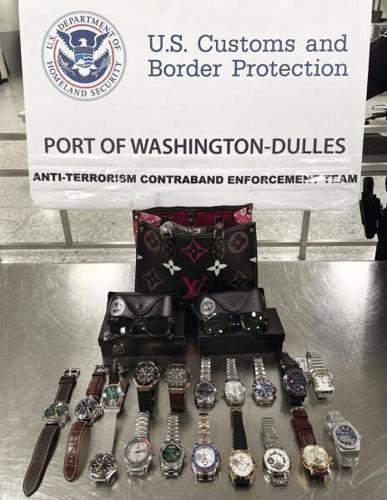 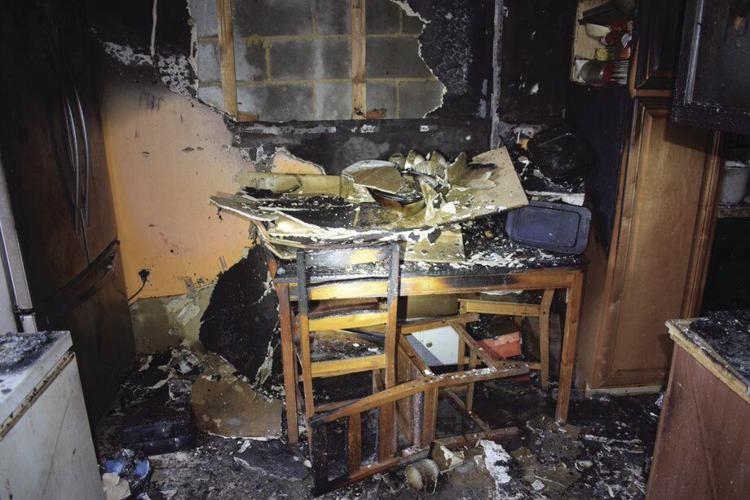 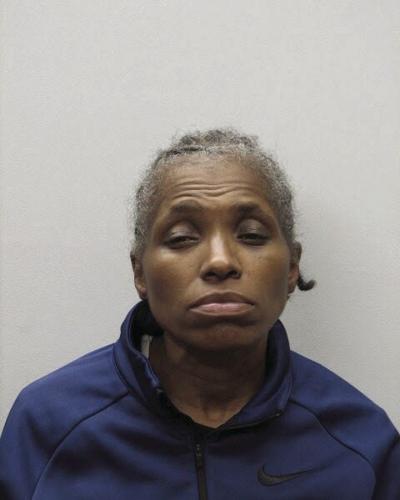 Fairfax County Fire and Rescue and the Arlington County Fire departments were dispatched at approximately 8:32 p.m. April 4 for a reported house fire in the 6800 block of Churchill Road in McLean.

Units arrived on the scene of a two-story, single-family home with fire showing from windows on the first floor. Crews quickly extinguished the fire. Two cats were rescued by crews and care was initiated by EMS. Fire was contained to one room. One occupant was transported to the hospital with minor injuries. Animal Control transported cats to local vet. Both are expected to recover. There were no firefighter injuries reported.

Two occupants were home at the time of the fire. One of the occupants accidentally spilled kerosene while refilling a kerosene fueled lamp. She immediately turned on the lamp and the kerosene ignited. Both occupants self-evacuated prior to fire department arrival. Working smoke alarms activated after the fire was discovered.

Fire investigators determined that the fire was accidental in nature and started in a first-floor bedroom. The cause of the fire was the ignition of kerosene that spread to nearby combustibles.

Two occupants were displaced because of the fire. Red Cross assistance was offered and declined. Damages as a result of the fire were approximately $62,500.

If this traveler could turn back time, if he could find a way, he might take back his newly purchased wrist watches to the Pakistan vendor.

Instead, U.S. Customs and Border Protection (CBP) officers seized 18 counterfeit designer brand wrist watches at Washington Dulles International Airport on March 29 valued at about $250,000 if they were authentic.

The traveler, who is from Harrisburg, Pa., initially arrived on a flight from Dubai, United Arab Emirates on March 20. During a baggage examination, CBP officers inspected a plastic bag from inside a suitcase and discovered watches, a Louis Vuitton handbag, and Ray Ban sunglasses. The watches bore the names of 10 designer brands, including Patek Philippe, Audemars Piguet, Cartier and Rolex.

CBP officers suspected the products to be fakes, detained them for further investigation, and released the traveler.

Officers then worked with CBP’s trade experts at the Consumer Products and Mass Merchandise Center of Excellence and Expertise. CBP import specialists confirmed that the products violated intellectual property rights and officers seized the products on March 29.

CBP import specialists appraised the counterfeit watches, Louis Vuitton purse, and two pairs of Ray Ban sunglasses at more than $254,000, had they been authentic. All products were manufactured in China and shipped to a vendor in Pakistan where the traveler purchased them.

Counterfeit products are often manufactured with inferior materials in uncontrolled and unsanitary conditions and are labeled with false product information.

A 78-year-old man has died from injuries sustained in a single-vehicle crash that occurred at 2:01 p.m. on March 30 in Oakton.

Thomas Peregoy of Alexandria was driving eastbound on Lawyers Road near Kedge Drive when his 2014 Toyota Tacoma drifted off the roadway to the right, striking a tree head on. Peregoy was taken to a hospital, where he later succumbed to his injuries. Preliminarily, speed and alcohol do not appear to be factors in the crash.

The Fairfax County Fire and Rescue Department, City of Alexandria Fire Department and the Fort Belvoir Department of Fire and Emergency Services were dispatched for a reported townhouse fire in the 6500 block of Gildar Street in the Franconia area April 2 at approximately 10:48 a.m.

Units arrived on the scene of a two-story, middle unit townhouse with smoke showing from the front door. Crews quickly located a fire on the first floor and extinguished it. There were no reported civilian or firefighter injuries.

Four occupants were home at the time of the fire. Working smoke alarms alerted the occupants to the fire. Upon investigation, one of the occupants discovered fire in the kitchen. All occupants self-evacuated and called 9-1-1.

Fire investigators determined that the fire started in the kitchen on the first floor. The cause of the fire is currently under investigation.

Four occupants were displaced because of the fire. Red Cross assistance was offered and declined. Damages as a result of the fire were approximately $93,750.

The Alexandria Police Department is investigating a motor vehicle crash that occurred on March 29, at approximately 2:38 p.m. in the 200 block of North West Street in Alexandria.

The preliminary investigation shows the driver, Sarah Overman, a 78-year old city resident, struck a pedestrian on the sidewalk after her vehicle left the roadway.

This crash remains under investigation.  Anyone with information about this incident is asked to contact Officer Wes Vitale via phone at 703.746.6178, email at Wesley.Vitale@alexandriava.gov, or call our non-emergency line at 703-746-4444.  Tips can be anonymous.

City of Fairfax Police officers responded to DARCARS at 10620 Fairfax Boulevard at approximately 3:11 p.m. March 30. The reporting person stated that a female subject became disorderly and kicked the glass door to the business, causing it to crack.

Officers located and identified the subject nearby. Further investigation revealed that the suspect had active warrants out of Fairfax County. Paula Beyerl, 54, of Leesburg, was taken into custody and transported to the Fairfax County Adult Detention Center where the two Fairfax County warrants were served. Officers obtained and served two additional warrants for Disorderly Conduct and Destruction of Property.

Units arrived on the scene of a two-story, condo-multiplex style building with no initial sign of smoke or fire. Crews quickly found a fire in the main electric box to the rear of the home. There was some extension of fire into the void space between the basement and first floor. The fire was initially held in check until power to the home was cut off. Final extinguishment of the fire then occurred. No civilian or firefighter injuries were reported.

Two occupants were home at the time of the fire. The occupants discovered the fire after they smelled smoke. Both occupants self-evacuated. 9-1-1 was then notified. Smoke alarm did sound but after fire was discovered.

Four occupants were displaced because of the fire. Red Cross assistance was offered and declined. Damages as a result of the fire were approximately $30,000.

Andres Rodriguez, 19, of no fixed address, approached the victim in the 14000 block of Saint Germain Drive at 10:37 p.m. March 29, displayed a knife, and demanded property. Rodriguez then left on foot.

The victim provided a detailed description of the man to responding officers. Officers found him nearby and took him into custody. The man was charged with robbery. No injuries were reported.

Officers determined a Terry Brown, 41, of no fixed address, was responsible for the burglary. The man was arrested and charged with burglary.

Units arrived on the scene of a two-story, single-family home with smoke visible from the front door. Crews located a fire in the basement and quickly brought it under control. There were no reported civilian or firefighter injuries.

Two occupants were displaced because of the fire. Red Cross assistance was offered and declined. Damages as a result of the fire are approximately $25,000.

City of Fairfax Police officers responded to the Home Depot at 3201 Old Lee Highway at approximately 5:22 p.m. March 31 for a larceny.

Loss Prevention stated that a female subject was observed placing a drill in a shopping cart and exiting the store with the unpaid merchandise. Officers located the subject nearby.

Jacqueline Geter, 57, of Washington, D.C. was issued a summons for petit larceny and has a pending court date. Geter was also issued a trespass notice as requested by management.