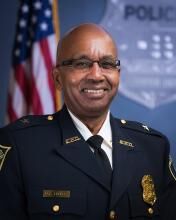 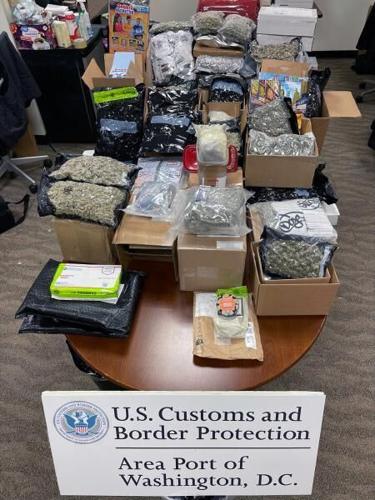 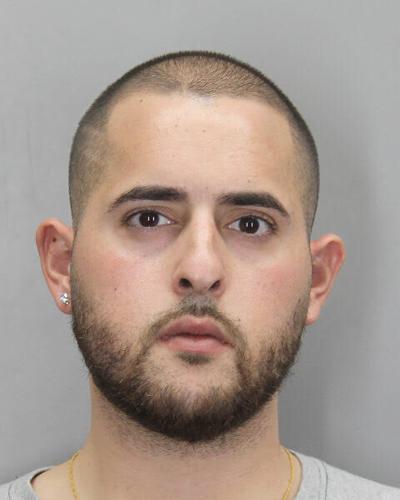 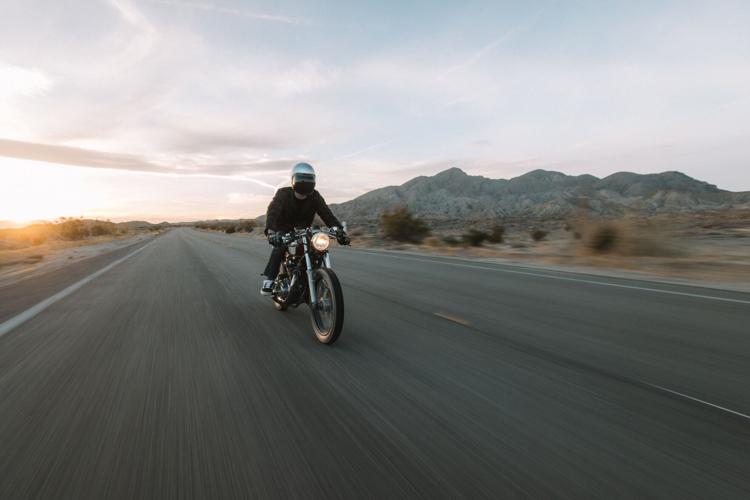 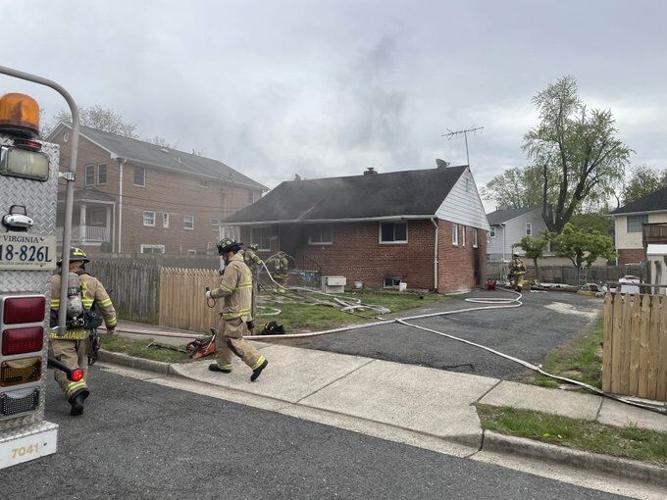 There were likely a lot of upset Brits who were unable to properly partake in the 420 Day observance after U.S. Customs and Border Protection (CBP) officers intercepted a crazy amount of London-bound wacky weed last weekend at Washington Dulles International Airport.

Customs and Border Protection officers at Washington Dulles International Airport seized a combined 150 pounds of marijuana across 100 separate parcels on April 16-17, that were all destined to addresses in London.

While conducting routine outbound mail inspections, CBP officers seized 62 parcels of marijuana on April 16 that weighed nearly 99 combined pounds and seized another 38 parcels on April 17 that collectively weighed a little more than 51 pounds. All 100 parcels and 150 pounds were destined to London.

Though some states have taken measures to decriminalize the possession of personal use amounts of marijuana, bulk smuggling remains illegal. Additionally, marijuana possession and distribution of any amount violates federal law.

The marijuana will be destroyed in a hazy blaze.

“The internet has essentially created a singular marketplace where consumers can buy anything from anywhere across the globe; however, Customs and Border Protection reminds consumers and vendors that those transactions and commodities must still comply with applicable U.S. laws,” said Daniel Escobedo, area port director for CBP’s Area Port of Washington, D.C.

CBP officers and agents seized an average of 4,732 pounds of dangerous drugs every day at our nation’s air, land and sea ports of entry.

Fairfax County Fire and Rescue Department and the Arlington County Fire departments were dispatched for a reported house fire in the 7000 block of Lee Park Court in West Falls Church at approximately 1:28 p.m. April 21.

Units arrived on-scene of a one-story, single-family home with smoke showing from a basement window. Crews quickly extinguished a fire in the basement. There was no extension of the fire to first floor. There were no reported civilian or firefighter injuries.

No occupants were home at the time of the fire. The homeowner discovered the fire when she returned home and saw smoke coming from the house. She then called 9-1-1. There were no working smoke alarms in the house.

Fire investigators determined that the fire was accidental in nature and started in a basement bathroom. The cause of the fire was an electrical event involving the ceiling exhaust fan.

Four adults were displaced because of the fire. Red Cross assistance was offered but declined. Damages as a result of the fire were approximately $56,250.

City Manager Jim Parajon has announced the appointment of Acting Chief Don Hayes as Chief of Police for the City of Alexandria, effective April 18. Hayes has been serving as acting chief since June of 2021 and succeeds Chief Michael L. Brown, who retired in 2021.

“Chief Hayes’ 40 years as a leader and public servant with the Alexandria Police Department, as well as his deep commitment to our community, makes him the right choice to serve Alexandria as chief of police,” said Parajon. “His experience and connections throughout our city will be invaluable in our work to protect and serve all, and enhance the relationship between our police department and the community. In addition, the trust and confidence he has within the Alexandria Police Department will serve our officers and our community well as we continue the critical work of recruiting new police officers and retaining and supporting those who choose to serve in this vital capacity.”

Hayes joined the Alexandria Police Department in 1981, and achieved the rank of sergeant in 1996, overseeing the community-oriented policing and internal investigations sections. In 1999, Hayes was promoted to lieutenant and led the special operations, information services, and public services divisions. He was promoted to captain in 2013 and served as patrol commander, in addition to heading the parking enforcement, traffic, special events, and community relations divisions. He was promoted to assistant chief in 2019 and has since used his diverse experience to oversee all parts of the police department.

Officers found two men smoking marijuana inside a shared laundry room in the 7100 block of Fairchild Drive at 6:05 p.m. April 20.

Further investigation revealed the men to be in possession of a stolen firearm and scheduled I/II drugs. One of the men provided false information to the officers.

The Fairfax County Fire and Rescue Department and the Fort Belvoir Department of Fire and Emergency Services responded to a reported house fire in the 3700 block of Nalls Road in the Mount Vernon area of Fairfax County at approximately 2:53 p.m. April 20.

Units arrived on the scene of a two-story, single-family home with smoke visible from the front door. Crews quickly located a small fire in the basement and extinguished it. There were no reported civilian or firefighter injuries.

One occupant was home at the time of the fire. The occupant noticed smoke coming from the basement of the home. She then self-evacuated. Her husband called 9-1-1 from another location to report the fire. Smoke alarms were present and sounded after the fire was discovered.

Fire investigators determined that the fire was accidental in nature and started in the basement bathroom. The cause of the fire was an electrical event involving a hair dryer.

No occupants were displaced because of the fire. Red Cross assistance was not needed. Damages as a result of the fire were approximately $37,500.

A 28-year-old man from Annandale entered Giant at 6200 Little River Turnpike and took merchandise without paying at 8:41 p.m. April 18.

When confronted by store employees, the man assaulted the employee. Elia Massis of Annandale was charged with robbery. No injuries reported.

Detectives from the Fairfax County Police Department Crash Reconstruction Unit continue to investigate a fatal crash that occurred around 6:30 p.m. April 20 on Guinea Road at Olley Lane in Burke.

Preliminarily, detectives determined Llyod Ingram, 58, of Burke, was crossing Guinea Road from north to south at Olley Lane inside the crosswalk. The driver of a 2013 Kia Forte was traveling east on Guinea Road and struck Ingram in the roadway. Ingram was taken to a hospital where he succumbed to his injuries. The driver of the Kia remained at the scene. Preliminarily, alcohol does not appear to be factor in the crash. The investigation remains active, and details of the investigation will be presented to the Office of the Commonwealth’s Attorney for review.

Anyone with information about this crash is asked to contact the Crash Reconstruction Unit at 703-280-0543. Tips can also be submitted anonymously through Crime Solvers by phone -1-866-411-TIPS (866-411-8477). This is the sixth pedestrian fatality in the county in 2022. At this time last year there were three.

Kick off riding season with the Virginia Rider Training Program

Open roadways and adrenaline-pumping adventure are what motorcycle riding is all about, but when it comes to your safety, are you riding smart?

Regardless of how long you have been riding, keeping your skills sharp is essential. The Virginia Department of Motor Vehicles (DMV) offers training for motorcyclists of all skill levels through the Virginia Rider Training Program.

Courses are taught by certified motorcycle safety instructors and provide the opportunity to learn new techniques and practice skills in a controlled, safe environment. Classes are offered at community colleges and other locations throughout the state.

Not only can taking a motorcycle safety course help prepare you for your motorcycle endorsement, it can also save your life. Last year in Virginia, there were 2,048 crashes involving motorcycles resulting in 102 motorcyclist deaths and 1,682 motorcyclist injuries, 737 of which were serious injuries. From 2014-2020, more than 75 percent of motorcyclists killed in crashes in Virginia were not properly licensed. As failure to maintain control of a motorcycle is a leading cause of crashes, motorcyclists are urged to always obey the posted speed limit.

“Protecting yourself for the ride ahead - with the right gear and the right training - is the best way to make sure you get home safely,” said Acting DMV Commissioner Linda Ford, the governor’s highway safety representative. “Motorists need to look out for motorcyclists, but motorcyclists must also look out for themselves. Safety is a shared responsibility, one we all value and must take seriously.”

Wearing the proper gear, from head to toe, can often save a motorcyclist's life during a crash. A helmet is the most important piece of safety equipment that a motorcyclist can wear. In Virginia, the law requires that motorcyclists and their passengers always wear a helmet that must meet or exceed the standards as specified by the Snell Memorial Foundation, the American National Standards Institute, Inc., or the U.S. Department of Transportation. A rider without a helmet is 40 percent more likely to suffer a fatal head injury than a helmeted rider.