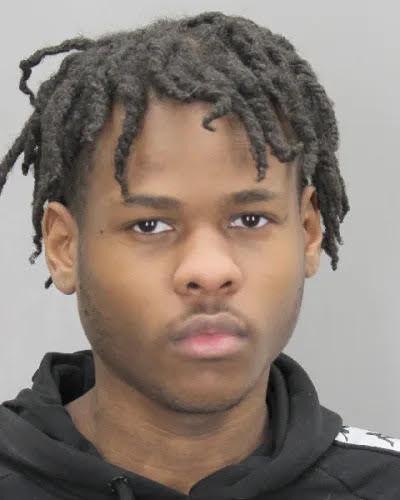 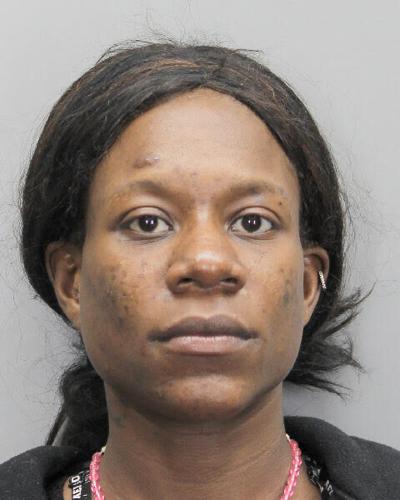 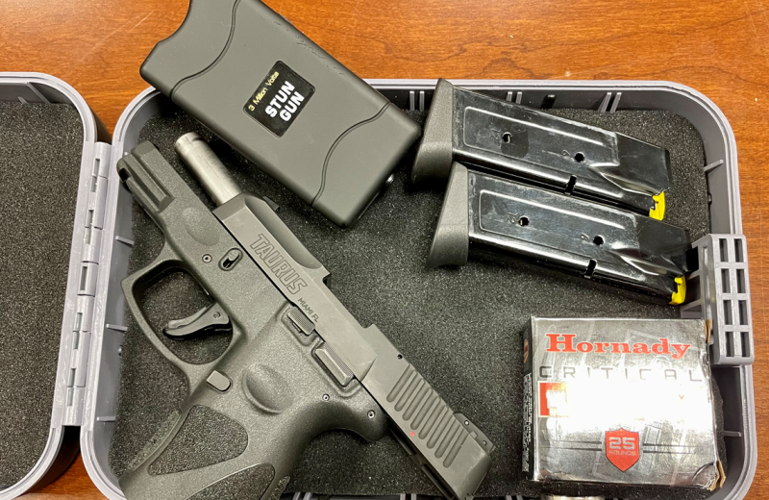 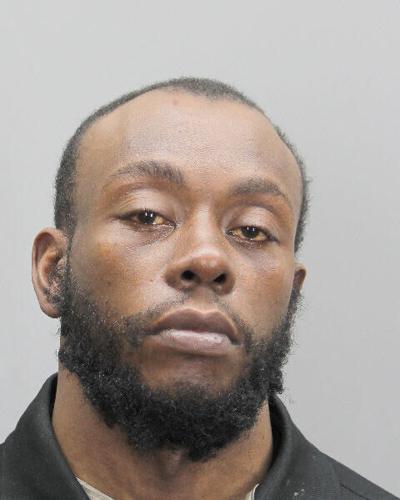 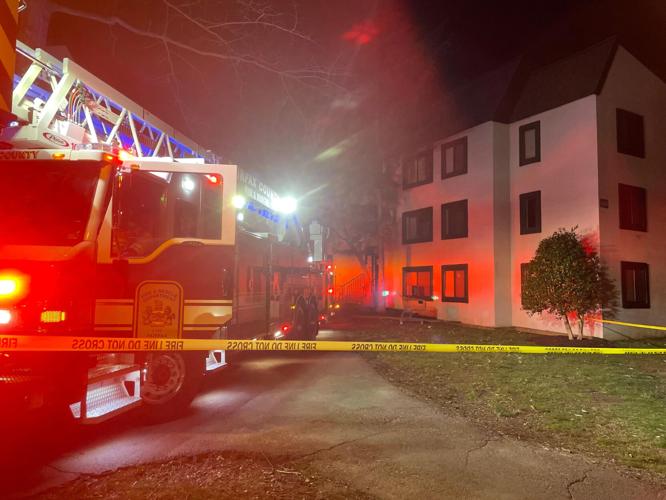 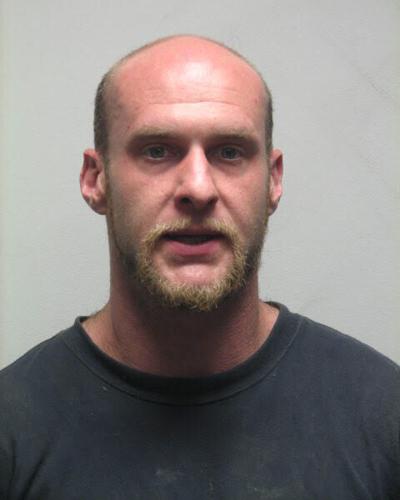 Arrests made in October ATM murder

Officers responded on Oct. 20 to the 2900 block of Annandale Road in the Falls Church section of Fairfax County. A passerby discovered Alexander in a parking lot suffering from an apparent gunshot wound to the upper body. He was taken to an area hospital, where he succumbed to his injuries on Oct. 23.

Detectives determined Alexander arrived in the parking lot around 5:20 a.m. on Oct. 20 to use the walk-up ATM. Shortly thereafter, he was approached by a man wearing a mask, who was captured on the ATM surveillance footage brandishing a small revolver prior to the fatal shooting.

The ATM surveillance footage further captured a 2009 Nissan Murano in the moments leading up to the fatal shooting. Detectives soon determined that the Murano had been stolen overnight from the 5200 block of Dover Place in the City of Alexandria. The Murano was recovered the following Sunday morning on Marshall Street, near the scene of the murder.

The discovery of the stolen vehicle led detectives to request surveillance footage from the Washington Metropolitan Area Transit Authority (WMATA). A review of the surveillance footage revealed three individuals, to include Bradshaw Robinson and the 17-year-old male, boarding a WMATA bus, around 1:20 a.m. on Oct. 20 near the Seven Corners Shopping Center in the 6200 block of Arlington Boulevard in Falls Church. The three subjects then exited the bus in the City of Alexandria, near where the Murano was stolen.

Upon determining the line of travel taken by the potential suspects, detectives urged community members to review their private surveillance systems from the evening preceding the murder. This resulted in numerous tips and additional video footage that led to the identification of the three individuals captured on the WMATA surveillance cameras. Detectives executed several search warrants which produced digital and forensic evidence that connected both Bradshaw Robinson and the 17-year-old male to the murder. The third man seen with the group is not believed to be involved in the murder at this time.

On April 7, detectives obtained arrest warrants for felony murder and robbery resulting in the death of another against Bradshaw Robinson for his involvement in the death of Alexander. Detectives from the Fugitive Track and Apprehension Squad arrested Bradshaw Robinson on April 8 at his home in Falls Church. He was taken to the Adult Detention Center and held without bond.

Detectives also obtained warrants for the 17-year-old male for felony murder, robbery resulting in the death of another, and use of a firearm in the commission of a felony. At this time, the 17-year-old male is being held on unrelated charges in Maryland and will be extradited to Fairfax County.

During this investigation, the Bureau of Alcohol, Tobacco, Firearms and Explosives offered a $10,000 reward for information that led to the arrest of those responsible for Alexander’s murder. The FCPD will see to it that the tipsters will be allotted the appropriate cash reward for their significant contributions.

Units were dispatched for a reported garden apartment fire in the 2200 block of Stone Wheel Drive in Reston at approximately 7:54 p.m. April 10.

Crews arrived on the scene of a three-story, garden style apartment and reported fire on the third floor. A second alarm was requested. One occupant was found in the apartment during a primary search in a back bedroom. The occupant was evacuated with firefighter assistance. EMS medically evaluated the occupant who eventually refused transport to the hospital. There were no firefighter or other civilian injuries reported.

Twelve occupants were in the apartment building at the time of the fire. An occupant of the building heard a smoke alarm sounding. Upon investigation, he observed smoke coming from one of the units. He alerted the occupants and activated the building fire alarm.

Fire investigators determined that the fire was accidental in nature and started in an apartment on the third floor. The cause of the fire was an unattended lit candle that spread to ordinary combustibles.

A 63-year-old man died Sunday from injuries sustained in a crash that occurred last week.

The investigation revealed the driver of the Hyundai disregarded the red traffic signal, entered the intersection, and struck the Ford. The truck continued to travel into the Commerce Street median area and struck Ellie Robinson, of Springfield. The truck then struck a 2021 Toyota Corolla in the left turn lane on Commerce Street before coming to a stop.

Initially, Robinson and the drivers of the Hyundai and Ford were taken to the hospital with injuries that were not believed to be life-threatening. Robinson’s condition deteriorated at the hospital, and he succumbed to his injuries six days after the crash.

The driver of the Hyundai, Changjin Lee, 53, of Annandale, was charged with reckless driving. Alcohol does not appear to be a factor in this crash.

Two arrested after incident at Walmart

Fairfax County Police officers responded to the Walmart at 7910 Richmond Highway at 5:22 p.m. April 3 for a shoplifting complaint.

U.S. Customs and Border Protection (CBP) reminds overseas-bound travelers of the importance of complying with federal laws regulating the temporary and permanent exportation of firearms after officers seized a handgun and firearms accessories from a Nigeria-bound man on Sunday.

U.S. Customs and Border Protection officers seized a handgun, ammo and accessories that a Nigeria-bound traveler at Washington Dulles International Airport on Sunday who attempted to export the firearm from the United States without a proper license or export documentation.

During outbound baggage examinations on March 17, CBP officers discovered a Taurus G2c 9mm Luger handgun, two 12-round magazines, 25 rounds of ammo, and a taser inside a lock box in the traveler’s baggage.

CBP officers interviewed the traveler, a Nigerian citizen and U.S. lawful permanent resident, and learned that he did not possess the appropriate export licenses to take the handgun out of the United States.

Prior to departing the United States, travelers exporting firearms and ammo are required to complete a Certificate of Registration for Personal Effects Taken Abroad [CBP form 4457], at a CBP port of entry, and file an Electronic Export Information (EEI) for temporary export of personally owned firearms via the Automated Export System (AES).

Additionally, travelers may be required to possess an export license from the U.S. Department of Commerce Bureau of Industry and Security (BIS), or a Form 9 - Application and Permit for Permanent Exportation of Firearms [ATF Form 5320.9] from the Bureau of Alcohol, Tobacco, Firearms and Explosives (ATF).

The Nigeria-bound traveler possessed none of the required documentation. CBP officers detained the weapon and accessories and released the man to continue on to Nigeria.

On April 3, Department of Commerce BIS confirmed that the traveler did require a license to export the firearm and accessories. On April 4, CBP seized the firearm, ammo and accessories as a violation of U.S. firearms export control laws.

As the world emerges from a nearly two-year COVID-19 induced international travel slumber, it is important that hunters departing on safari are reminded of U.S. firearms export control laws. Hunters are encouraged to visit Immigration and Customs Enforcement’s website for additional guidance on lawfully exporting firearms and firearms accessories temporarily or permanently from the United States. That guidance includes frequently asked questions and a quick firearms export quiz.

“Customs and Border Protection wants to ensure that people who intend to travel from the United States with their firearms do so lawfully so that they can enjoy a problem-free departure or return to the United States,” said Daniel Escobedo, CBP’s Area Port director for the Area Port of Washington, D.C. “Oftentimes, firearms being smuggled out of the United States are destined to the hands of transnational criminal organizations who use those weapons to terrorize or hurt innocent victims. CBP’s border security mission helps to protect the defenseless by intercepting illegally exported firearms.”

City of Fairfax Police officers responded to the hit and run of two vehicles in the 3500 block of Jermantown Road March 29 at 3:36 p.m.

The reporting person stated that a black work truck struck their vehicle while they were inside and also side-swiped a semi-trailer before leaving the scene. The investigation led officers to identify the driver and obtain one felony warrant and one misdemeanor warrant for Hit and Run. The warrant was served to Seth Shaver, 31, of Flint Hill, by the Rappahannock Sherriff’s Office April 4.