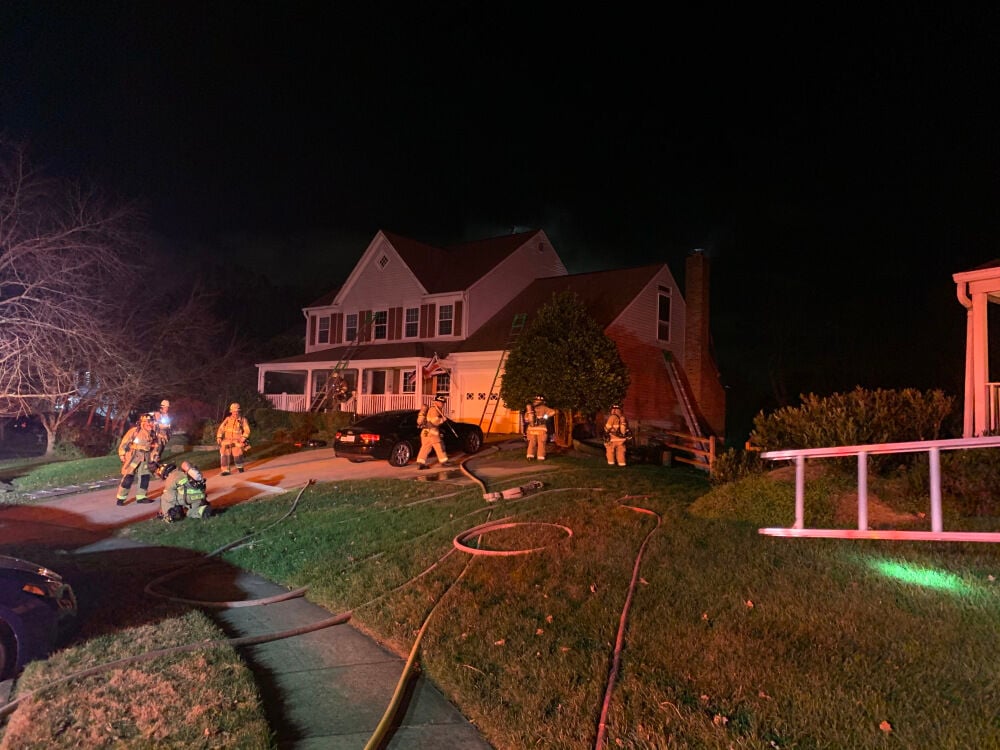 Firefighters on the scene of a Centreville house fire. 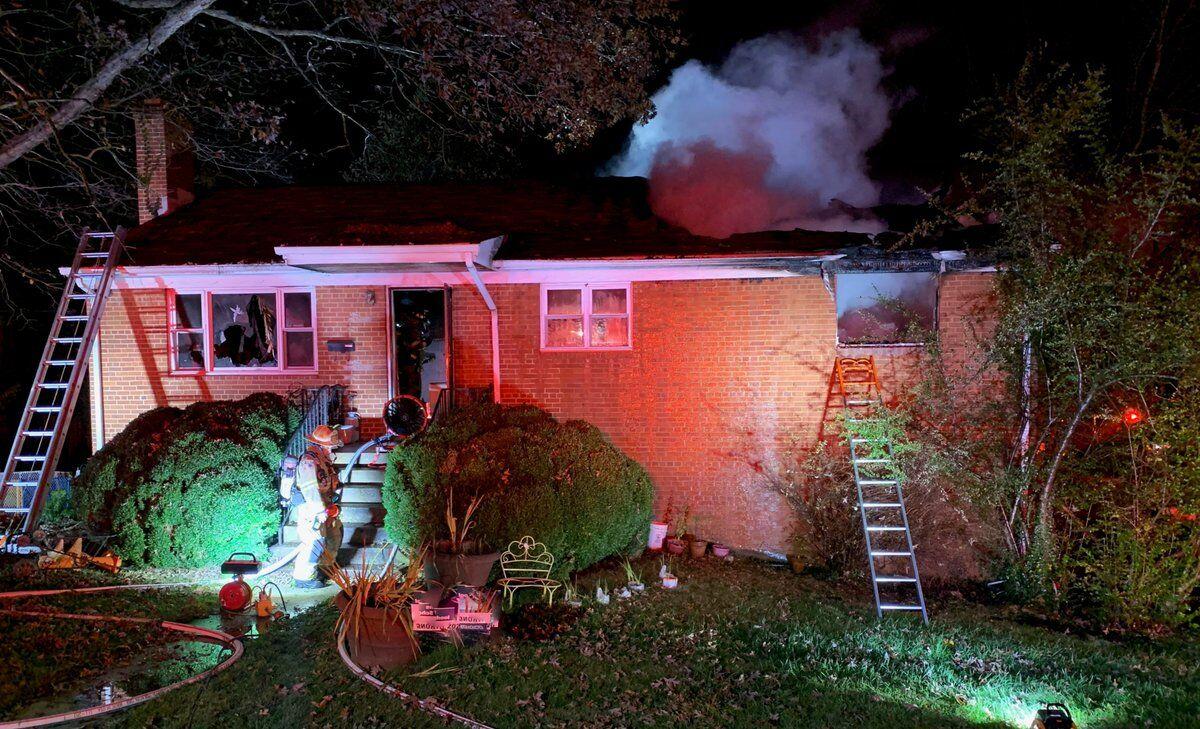 Firefighters on the scene of a house fire in Falls Church. 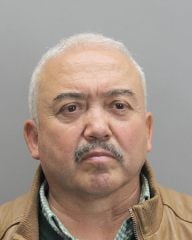 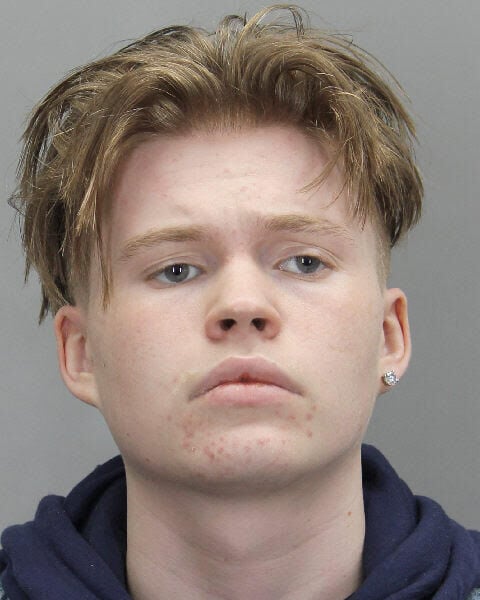 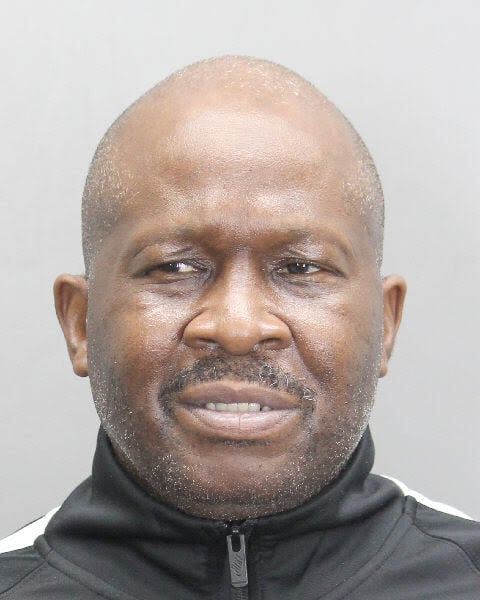 Detectives were first notified Nov. 11, that an 80-year-old Reston man disclosed to a family member that he awoke to Jureti performing a sex act on him in his home. Following an extensive investigation, detectives charged Jureti Nov. 20 with one count of forcible sodomy. Jureti is being held without bond at the Fairfax County Adult Detention Center.

Jureti worked for a specialized home care services company named Care With LOVE, in Fairfax at the time of this incident. Detectives are asking anyone with information about this case or who was under the care of Jureti and believe Jureti had inappropriate contact with them to please call the Major Crimes Bureau at 703-246-7800, option 3. Tips can also be submitted anonymously through Crime Solvers by phone – 1-866-411-TIPS (866-411-8477).

Officers were conducting an investigation in the 8600 block of Village Square Nov. 18 at 12:13 p.m. when they located Dardea Dreher, 29, of Maryland, who was wanted for attempted murder in the first degree in Prince George’s County, Md.

Officers attempted to stop Dreher who was driving a 2017 Ford Fusion, but he refused, which led to a pursuit. Dreher struck a police cruiser, and other cars, during the pursuit.

Officers stopped the car on the Woodrow Wilson Memorial Bridge but Dreher ran from the car before being caught by officers. The Prince George’s County Police Department took custody of Dreher. Fairfax County charges are pending. Three officers were treated for minor injuries; no other injuries were reported.

Virginia man sentenced to more than 12 years for kidnapping

According to Kenner’s plea agreement, June 8, 2019, Kenner, dressed in black, drove from Virginia to the home of the victim in Prince Frederick, Md., and asked to speak with the victim.  An argument ensued and Kenner struck the victim with his fist and cut her hand with a knife, then forcibly removed the victim from her home, without her consent.  Kenner continued to assault the victim as he took her to his car and put her in the passenger seat.  A witness who saw some of these events stated that Kenner threatened to kill the victim if she opened the door when Kenner was walking around the car to the driver’s seat.

As detailed in the plea agreement, Kenner drove the vehicle from Calvert County through Charles and Prince George’s County, and continued to assault and yell at the victim.  At one point, a trooper from the Maryland State Police called Kenner on his cellular phone and asked that he return with the victim to her residence.  Kenner indicated that he would do so, but instead continued across the state line, into Virginia.  Kenner then pulled over and disposed of the knife.  Eventually, Kenner dropped the victim off at a hospital where she was treated for her injuries.  Kenner ultimately turned himself in to the Maryland State Police.

In October 2019, Kenner was charged federally in Maryland for kidnapping.  In December 2019, while in federal custody awaiting trial, Kenner attempted to persuade an individual, in exchange for money, to arrange for the killing of the victim so that she would be unable to testify against him.  Kenner provided the victim’s personal identifying information to the individual so that it could be used to locate and kill the victim.  The individual did not execute the plan and no money changed hands.

At approximately 4:04 p.m. Nov. 18, officers saw a 2000 Chevy Impala that was reported to be involved in a theft from Marshall’s at 6700 Richmond Hwy. and attempted to stop the car, but the driver refused, resulting in a pursuit.

Officers were able to safely stop the car using a Precision Immobilization Technique (PIT) and take the driver, Timothy Stewart, 57, of Washington, D.C., into custody. He was charged with felony larceny, speed to elude, and display of fictious license plates. No injuries were reported.

Units were dispatched for a reported house fire in the 3700 block of Ridge Road in the Annandale area of Fairfax County Nov. 14 at approximately 2:46 p.m.

Crews arrived on the scene of a one-story, single-family home with smoke showing from the roof. They quickly located a fire on the first floor and extinguished it. There were no reported civilian or firefighter injuries.

Three occupants were home at the time of the fire. One occupant smelled smoke and, upon further investigation, observed fire in one of the bedrooms. The occupants self-evacuated and called 9-1-1. Smoke alarms did not sound due to the location of the alarms.

Fire Investigators determined that the fire was accidental in nature and started in one of the bedrooms. The cause of the fire was an unattended lit candle.

Three occupants were displaced because of the fire. Red Cross assistance was offered but declined. Damages as a result of the fire were approximately $18,750.

At approximately 11:45 a.m. Nov. 11, officers responded to a home in the 10300 block of Steamboat Landing Lane in Burke for a reported shooting and found a 17-year-old boy suffering from an apparent gunshot wound to the upper body. He was taken to the hospital with life-threatening injuries.

Patrick Withee, 18, of Burke, who is known to the victim, was charged with reckless handling of a firearm. Detectives thoroughly examined evidence and conducted interviews which led them to determine Withee was handling a firearm when he accidentally discharged a single round, causing serious injuries to the victim.

Crews arrived on the scene of a two-story, single family home and found a fire in the basement. They rapidly extinguished the fire. There were no reported civilian or firefighter injuries. One cat was found deceased. Smoke alarms were present in the home. It is unknown if they activated.

Three occupants were home at the time of the fire. The fire was discovered when one of the occupants smelled something burning. Upon investigating, the occupant discovered a fire in the utility room. All occupants then self-evacuated prior to fire department arrival.

Fire Investigators determined that the fire was accidental in nature and started in the furnace located in the basement. The cause of the fire was a malfunction within the gas furnace.

Three occupants were displaced because of the fire. Red Cross assistance was offered and declined. Damages as a result of the fire are approximately $90,000.

Units from Fairfax County Fire and Rescue Department and the City of Alexandria Fire Department were dispatched for a mobile home fire in the 7700 block of Blue Jay Court in the Hybla Valley area of Fairfax County Nov. 18 at approximately 8:22 a.m.

Crews arrived on the scene of one-story, mobile home with fire showing. In addition, a neighboring mobile home’s siding was melting and emitting smoke. Crews quickly extinguished the fire in the main home. At the same time, water was applied to the neighboring home to prevent further damage. There were no reported firefighter or civilian injuries.

Two occupants were home at the time of the fire. A neighbor discovered the fire and notified the occupants. The neighbor then attempted to extinguish the fire. Both occupants safely evacuated prior to fire department arrival. There were no working smoke alarms inside the mobile home.

Fire investigators determined that the fire was accidental in nature and started in the detached storage shed. The fire extended into the mobile home, causing significant interior damage. A second mobile home also sustained thermal damage to the vinyl siding. The fire was caused by an electrical malfunction involving the wiring circuit to an exterior light on the storage shed.

Four occupants were displaced because of the fire. Red Cross assistance was offered and accepted. Damages as a result of the fire were approximately $45,000.

Crews arrived on the scene to find a two-story, single-family home with fire showing from the side of the house on the top floor and through the roof of the home. The fire was quickly extinguished. One occupant was found deceased. An autopsy will determine the victim’s identity and cause of death. There were no firefighter injuries.

One occupant was home at the time of the fire. A neighbor discovered the fire, called 9-1-1, and attempted to rescue the occupant. There were smoke alarms present. It is unknown if they activated.

Fire investigators determined that the fire was accidental in nature and started in a bedroom on the top floor. The cause of the fire was an electrical malfunction that occurred within a multi-plug extension cord.

Red Cross services were not needed. Damages as a result of the fire were approximately $93,750.