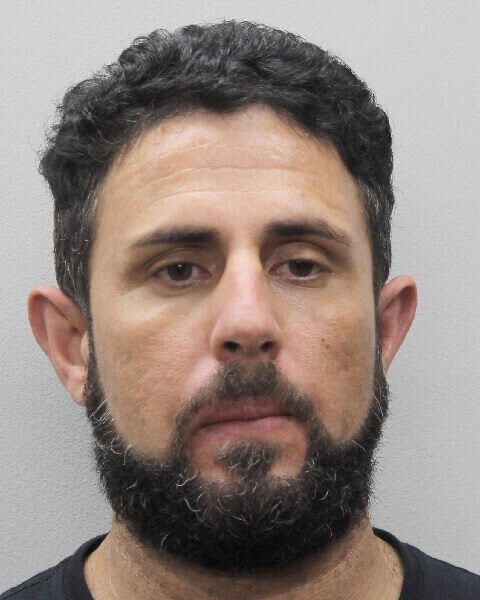 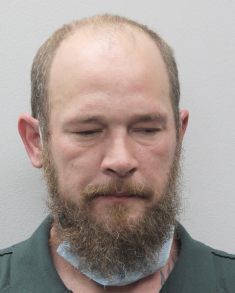 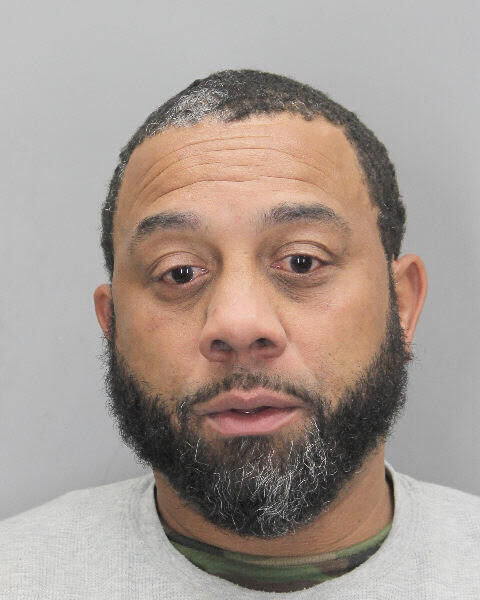 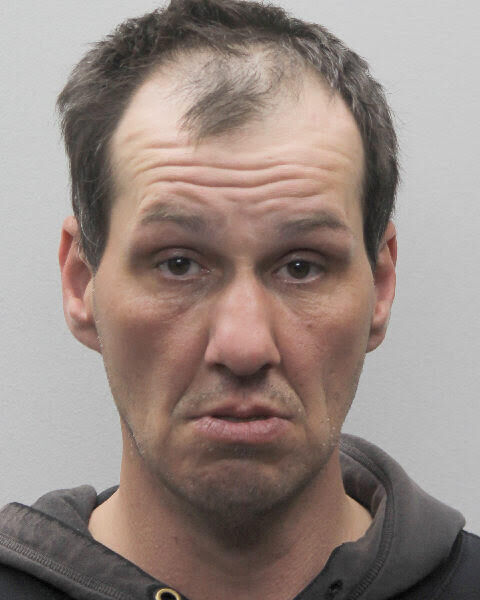 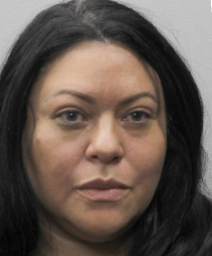 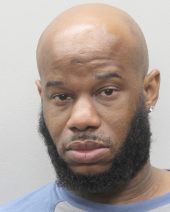 Detectives assigned to the Fairfax County Police Department Organized Crime and Intelligence Bureau have arrested a Gainesville woman who misrepresented herself as an attorney and accepted money for legal services that placed vulnerable members of our community at risk.

Earlier this year, detectives became aware of victims who paid Americanos for America Party Incorporated for legal assistance in matters related to immigration. Unsuspecting victims met Jasmine Moawad, 45, in rented office space in the Tyson’s area and paid for legal services that Moawad was not licensed to perform. Moawad was arrested early May 12 with the assistance of Virginia State Police and Prince William County Police and charged with two felony counts of larceny by false pretenses. She was taken to the Adult Detention Center where she was released on an $8,000 unsecured bond.

Detectives are seeking additional victims who paid for services from the Americanos for America Party Incorporated and never received the services which they paid for. Victims are asked to call 703-802-2750. Tips can also be submitted anonymously through Crime Solvers by phone – 1-866-411-TIPS (866-411-8477).

A dual Lebanese and U.S. citizen who resides in Vienna pleaded guilty today to participating in a conspiracy to launder money as part of a decade-long scheme to ship electronics equipment to a Hizballah-owned television station in Lebanon. In addition, the defendant and her husband pleaded guilty to conspiring to commit tax fraud by concealing income from her employment in Virginia.

“For over a decade, Racha Farhat participated in a conspiracy to purchase electronics equipment using the proceeds of illegal activity, which benefited a Lebanese television station owned by Hizballah,” said Raj Parekh, Acting U.S. Attorney for the Eastern District of Virginia. “Working with our law enforcement partners, we will bring to justice those who use the U.S. financial system to further the interests of prohibited entities that engage in unlawful activities abroad.”

According to court documents, Racha Farhat, 44, began laundering money in 2010 and continued to do so until the time of her arrest in February 2021. The scheme involved Farhat receiving money from an unindicted co-conspirator (UCC-1) in Lebanon, which she used to purchase electronics equipment in the United States. Farhat then shipped the items purchased by herself and other co-conspirators overseas, primarily to Lebanon, where UCC-1 supplied at least $175,000 worth of goods to Al Manar TV. Al Manar TV is a Lebanon-based TV station owned and operated by Hizballah. Both Hizballah and Al Manar TV are prohibited entities for a U.S. person to conduct business with under the International Emergency Economic Powers Act (IEEPA).

“This plea is an example of the FBI and our partners using available tools and techniques to investigate criminals who attempt to launder funds through U.S. financial institutions,” said Matthew R. Alcoke, Special Agent in Charge of the FBI’s Washington Field Office Counterterrorism and Incident Management Division. “The FBI will work with our law enforcement partners to bring to justice international money launderers and to deter those who may attempt to perpetrate criminal activity in the U.S.”

In order to facilitate the purchase of electronics equipment in the United States, UCC-1 used a variety of means to transfer money to Farhat that were designed to conceal the money’s origins. Farhat received over $1 million in wire transfers from Lebanon, more than $500,000 of which went into a third-party bank account that actually was controlled by Farhat. Farhat also received nearly $80,000 worth of money orders that were purchased in a way to evade identification reporting requirements.

Farhat received direction from UCC-1 as to what equipment to buy, and she lied to vendors about the intended destination of the items, knowing (or being willfully blind to the fact) that at least some of the money was derived from unlawful activity. Farhat also filed U.S. tax returns for UCC-1 that contained false information and used the refunds generated for electronics purchases.

Farhat and her husband, Hussam Hawi, 46, also pleaded guilty to conspiring to defraud the United States in the collection of income taxes. Farhat and Hawi concealed Farhat’s employment from the IRS, declaring her as a “stay home mom” and failing to declare any of the employment wages she earned for tax years 2015–2019. As a result of these willful misstatements and omissions, Farhat and Hawi received a tax refund each year. They owe the IRS more than $64,000.

Both defendants are scheduled to be sentenced September 21. Farhat faces a maximum combined penalty of 25 years in prison, and Hawi faces a maximum five years in prison. Actual sentences for federal crimes are typically less than the maximum penalties. A federal district court judge will determine any sentence after taking into account the U.S. Sentencing Guidelines and other statutory factors.

Detectives from the Fairfax County Police Department Major Crimes Bureau have arrested a 34-year-old man after he sexually assaulted a teenager in Springfield.

Just before 4 p.m. May 14, officers responded to the Town Center after a teenager was followed and sexually assaulted by an unknown man inside a bathroom. The 17-year-old victim contacted his mother who called police and provided a description of the suspect. Officers assigned to patrol the Town Center quickly located and detained the man. After an hours-long investigation, detectives charged Corey Venable, of Washington D.C., with forcible sodomy, abduction with the intent to defile and providing false information to law enforcement, he was also served with an outstanding warrant from another agency. Venable is held at the Adult Detention Center without bond.

A 43-year-old man has died following a hit and run crash that occurred May 16 near the intersection of Leesburg Pike and Redberry Court in Great Falls.

Officers responded around 5:21 a.m. for the report of a person who was hit by several cars. Officers found Allen Romero, of McLean, lying in the center eastbound lane of Leesburg Pike. Rescue personnel pronounced him deceased at the scene.

Detectives from the Fairfax County Police Department Crash Reconstruction Unit have preliminarily determined Romero was crossing eastbound Leesburg Pike just prior to the intersection when he was hit by a 2011-2015 Ford Fusion. As a result of the crash, Romero landed in the eastbound lanes and was subsequently struck by other vehicles, one of which remained at the scene. The initial striking car did not stop, but detectives were able to preliminarily identify the make and model of the vehicle as a driver’s side mirror was recovered at the scene. Detectives continue to investigate to determine if speed or alcohol were factors in this crash.

If you have any information or believe you may have been involved in this crash, please contact the Crash Reconstruction Unit at 703-280-0543. Tips can also be submitted anonymously through Crime Solvers by phone – 1-866-411-TIPS (866-411-8477). Anonymous tipsters are eligible for cash rewards of $100 to $1000 dollars if their information leads to an arrest. Please leave contact information if you wish for a detective to contact you.

This is the 5th pedestrian fatality in the county to date in 2021.

The victim was stabbed by a man after an argument in the 1700 block of International Drive, May 7 at 7:56 p.m.

Officers arrested Atef Shaker-Armanuos, 40, of Falls Church, who was charged with malicious wounding. The victim was taken to the hospital with injuries that are not considered life threatening.

A man was harassing community members near the entrance of the DAR Al Hijrah Islamic Center May 8 at 2:55 p.m. When staff attempted to intervene, the man threatened them with a knife then left the area.

Detectives later identified the man as Jonathan Lincoln, 41, of Falls Church. He was arrested that night for two counts of assault and disorderly conduct.

An officer saw a 2004 Ford F-150 truck driving recklessly in the 1700 block of Anderson Road and attempted a traffic stop May 7 at 8:03 a.m., but the driver refused, resulting in a pursuit.

The truck was eventually stopped by officers and the driver, Bryan Vargas Villarroel, of Falls Church, was taken into custody. Villarroel was charged with driving while intoxicated, speed to elude, and driving with no operator’s license.

An officer saw a 2012 Dodge Ram 1500 truck driving recklessly at Old Ox and Little Ox roads and attempted a traffic stop May 7 at 8:03 a.m., but the driver refused, resulting in a pursuit.

The truck was eventually stopped by officers and the driver, George Smith, of Ashburn, was taken into custody. Smith was charged for possession of cocaine, driving while intoxicated, speed to elude, and driving on revoked operator’s license.

A Fairfax man is facing charges following a barricade early May 17 on the Fairfax County Parkway at Lee Highway.

Shortly before midnight, an officer observed a man driving a 2010 Ford F-150 over the speed limit and conducted a traffic stop. The officer smelled an odor of an alcoholic beverage and noticed signs of impairment. Donald Collins, 41, refused direction to exit his car when told he was under arrest.

Patrol officers contained the scene and closed affected portions of the roadways. After Collins indicated he may be armed, tactical officers responded. After over two hours of negotiations, Collins was safely taken into custody. He was charged with driving while intoxicated, refusal of DWI testing, and obstruction of justice.