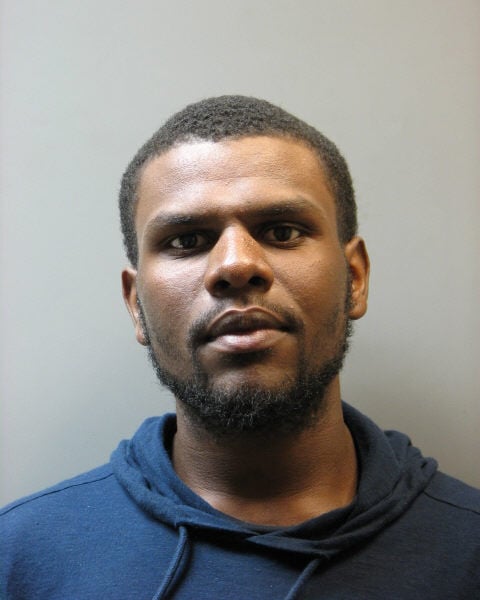 There have been approximately 10-11 cases of indecent exposure between May 2020 and February 2021. The incidents occurred on different streets including Mount Vernon Avenue and E. Glendale Avenue, and usually in the morning. The suspect’s description has varied from case to case, making it hard to determine the number of suspects involved. In one case, Alexandria police’s K-9 unit was able to track the suspect’s scent for a short distance, but then lost it. There have been no injuries reported in any of these incidents.

The police department encourages anyone who is a victim or witnessed these incidents to call 9-1-1. If you live in the neighborhood, please review your security cameras and call police if there is suspicious activity.

Remember, if you “See Something, Say Something.”

Call 9-1-1 immediately.  Time is valuable.  The sooner a victim or witness calls 911, the quicker officers will respond to the scene.

Encourage victims to speak up and call 9-1-1 to report the incident.

Share as many details as you can. Clothing, height, weight, hair and eye color.  If you see a vehicle, note the make and model, color, license plate, and any distinguishing features (tinted windows, stickers, etc.)

If it is safe, snap a picture or record video.

Review your security camera video from about 30 minutes before and after an incident. Call police if you captured anything.

A Fairfax County Police officer attempted to stop a 1999 Honda Accord for a traffic violation at Kingstowne and Manchester boulevards in Alexandria Feb. 24 at 6:56 p.m. but the driver refused, resulting in a pursuit.

The Honda crashed into another car causing non-life-threatening injuries to one passenger. The two occupants ran away but were caught by officers after a foot pursuit.

A 73-year-old woman died after being struck by a vehicle in the driveway of her home. Officers responded Feb. 21 at 5:45 p.m. to a home in the 6300 block of Lakewood Drive in the Falls Church section of Fairfax County. A man reported that his wife exited their 2006 Toyota 4Runner to assist him with backing the car into the driveway. The man lost control as he reversed, hitting her then the home. Catherine Ann Balsis, of Falls Church, was pronounced deceased at the scene.

Detectives from the Crash Reconstruction Unit continue to investigate the circumstances that led to the crash, but do not suspect foul play. Alcohol was not a factor.

A new type of telephone scam is targeting residents nationwide in an attempt to gain their banking information.

Residents report the calls include a pre-recorded message stating, “A box of drugs and money being shipped has your (resident’s) name on it and it has been intercepted.” The resident is instructed to press #1 to speak with a CBP officer or agent. The resident’s banking information is then requested.

These calls are telephone scams/voice phishing attempts. Residents are urged not to provide the caller with any information. The Department of Homeland Security and CBP do not solicit money over the telephone. Residents who receive such calls should make a note of the number and any other pertinent details about the call, immediately hang up, and report the incident to the Federal Trade Commission online at https://reportfraud.ftc.gov/.

A witness called police after seeing a man trying to enter vehicles in the parking lot in the 5700 block of Callcott Way Feb. 25 at 5:22 a.m.

Officers arrived and arrested the man after a foot pursuit.

The Alexandria Police Department arrested one suspect in connection with a high-speed vehicle race this weekend on I-495.

An alert APD supervisor on patrol in Old Town, observed and heard several vehicles with loud exhaust systems accelerating and slowing on I-495at approximately 11:15 p.m. Feb. 27. Upon receiving an alert from Virginia State Police about vehicles racing in the area of I-495 and Telegraph Road, Sergeant Ryan Waple positioned himself to observe three to four vehicles traveling in a group, positioning themselves to race. The drivers of two vehicles, including a silver Mustang GT, then revved their engines and accelerated. Waple followed with due regard for safety, as the vehicles reached speeds of 105MPH. At that point, he activated his emergency equipment and successfully stopped and apprehended the driver of the Mustang GT.

Edgar Lovos Granados was charged with racing and reckless driving by speed. The Mustang GT was impounded by the police department.

“This type of behavior is dangerous to anyone these drivers are sharing the road with and will not be tolerated,” said Chief Michael L. Brown. “We want to commend Sergeant Waple for his effort to stop this reckless behavior.”

APD has worked in coordination with Virginia State Police to address the speeding and racing issues with numerous speed education and enforcement efforts.

A Virginia man who was dishonorably discharged from the U.S. Air Force was sentenced today to seven years in prison for receiving images of child sexual abuse and failing to maintain his sex offender registration as required.

“Bryson Miller not only accessed and retained thousands of videos and images of child sexual abuse from the dark web, but he also failed to update his sex offender registration while employed in a position in which he interacted with children,” said Raj Parekh, Acting U.S. Attorney for the Eastern District of Virginia. “Protecting society’s most vulnerable and innocent members—including children—is a top priority for EDVA and the Department of Justice.”

According to court documents, Bryson McNeal Miller, 40, of Alexandria, received a substantial amount of child pornography over the course of several years by accessing sites on the “dark web.” Miller retained thousands of these videos and images of child sexual abuse on various electronic devices in his possession. Additionally, Miller failed to maintain an accurate record of his employment with the Virginia sex offender registry, in that Miller failed to inform authorities that he was employed at a northern Virginia martial arts studio where some of his students were children. Miller was required to register as a sex offender due to a 2006 conviction for possession of child pornography while Miller was serving in the U.S. Air Force.

Raj Parekh, Acting U.S. Attorney for the Eastern District of Virginia, and James A. Dawson, Special Agent in Charge of the FBI’s Washington Field Office Criminal Division, made the announcement after sentencing by Senior U.S. District Judge Claude M. Hilton.