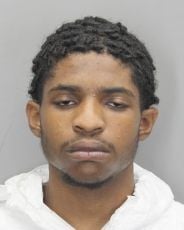 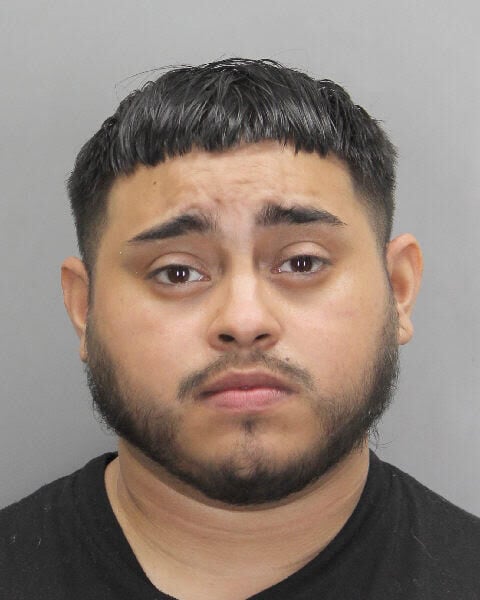 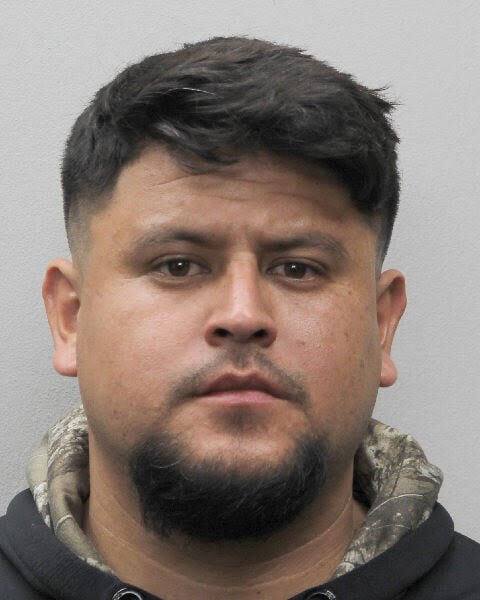 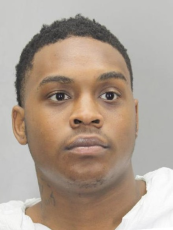 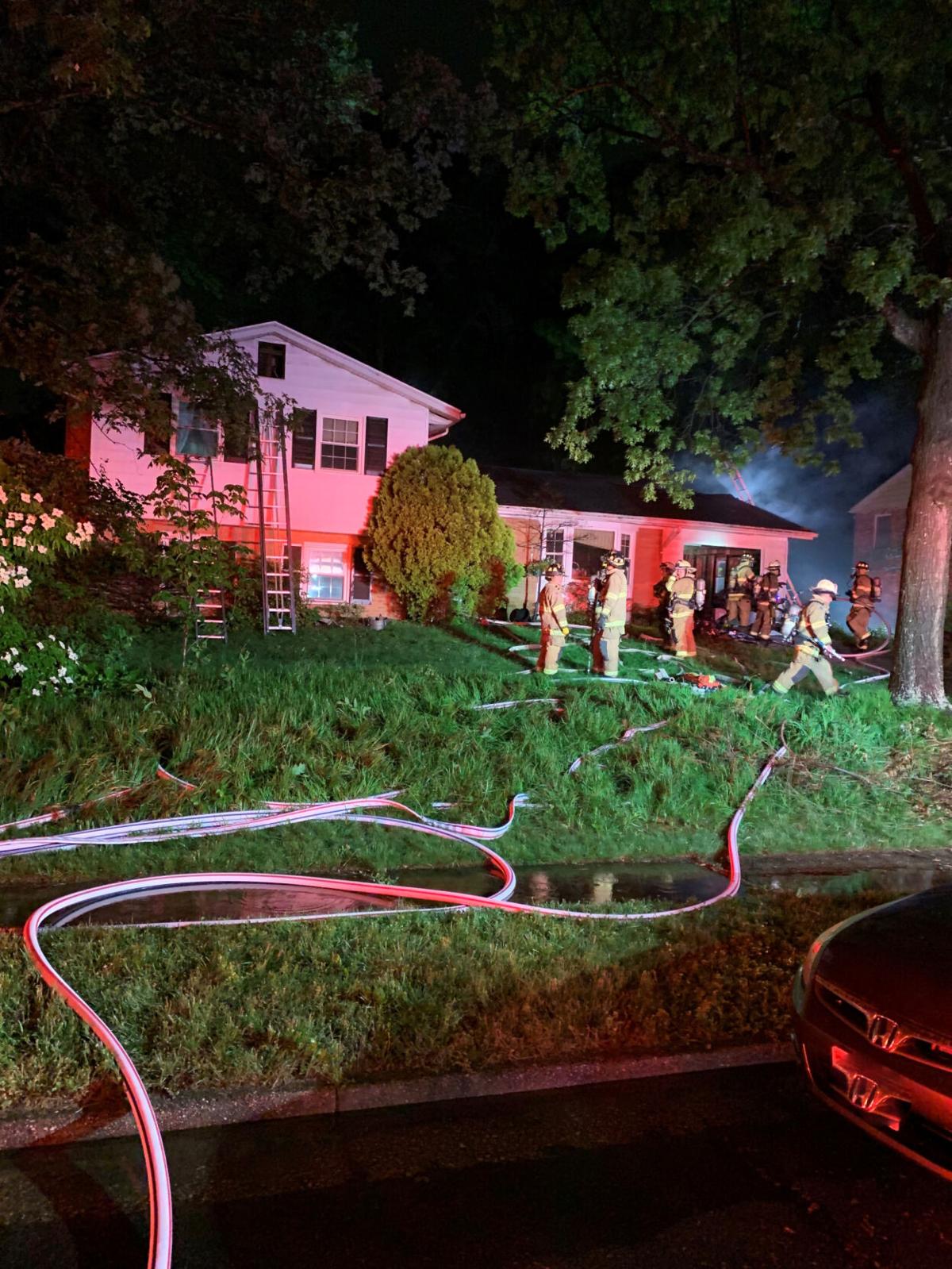 Firefighters on the scene of a house fire in the 1900 block of Hull Road.

A Springfield couple was found suffering from gunshot wounds in their front yard when officers responded to their home after a 9-1-1 call May 26 at 9:20 a.m.

U.S. Army Col. Edward McDaniel Jr., 55, and his wife retired Col. Brenda McDaniel, 63, of the 8000 block of Flint Street in Springfield were pronounced dead by rescue personnel at the scene.

Fairfax County Police detectives gathered evidence and provided updates to the community. One of those updates, regarding the white Nissan Altima with Maryland license plates seen leaving the scene led a community member to call in a tip which resulted in the May 27 arrest of D’Angelo Strand, 19, of Fort Washington, Md. Strand was arrested in Lorton shortly after the community tip was received.

Just hours later detectives, working with the U.S. Marshal’s Capitol Area Regional Task Force, determined the location of Ronnie Marshall, 20, and took him into custody. Both Marshall and Strand are charged with two counts of second degree murder and two counts of the use of a firearm in commission of a felony. They are being held at the Adult Detention Center without bond.

The suspects were coworkers of a relative of the McDaniels, according to Fairfax Chief of Police Kevin Davis. “It’s also a fact that this is related to Monday’s 9-1-1 call for service and burglary investigation,” he said.

According to FCPD, detectives continue to piece together evidence as they work to determine what led to this shooting. Several cartridge cases were discovered at the scene and other evidence is being processed. The Office of the Chief Medical Examiner will conduct autopsies to determine the manner and cause of death.

“I don’t want the community to think that because we’ve made these arrests that our investigation concludes,” said Maj. Ed O’Carroll, commander of the Major Crimes & Cyber & Forensics Bureau. O’Carroll said that a motive has not yet been established in the case. He asked anyone who may have witnessed the shooting or seen someone leave the scene to call 703-246-7800, option 2. Those providing tips may remain anonymous.

Victim specialists have been assigned to ensure that the victim’s family is receiving appropriate resources and assistance.

This is being investigated as the 9th and 10th homicide year to date in Fairfax County.

Crews arrived on the scene of a two-story, single-family home with fire showing from the roof. They were able to rapidly extinguish the fire. There were no reported civilian or firefighter injuries.

Four occupants were home at the time of the fire. The occupants heard a loud bang, saw a flash of lightning, and then smelled smoke. All occupants evacuated the home. 9-1-1 was called. Smoke alarms did not sound due to the location of the fire.

Fire investigators determined that the fire was natural in nature and started on the exterior of the home. The cause of the fire was a lightning strike.

Four occupants were displaced because of the fire. Red Cross assistance was offered and declined. Damages as a result of the fire were approximately $90,000.

A man died May 29 following a crash that occurred at 10:53 p.m. near the intersection of Georgetown Pike and Old Dominion Drive.

Detectives from the Fairfax County Police Department Crash Reconstruction Unit have preliminarily determined that Salvadro Alvarez Perez, 24, of Maryland, was the driver and lone occupant of a 2021 Toyota Corrolla traveling east on Georgetown Pike when the car left the roadway hitting a fence and mailbox before flipping over. Perez was pronounced deceased at the scene. Preliminarily, detectives believe alcohol may be a factor in the crash; they are continuing to investigate whether speed was also a factor.

Neighborhood Patrol Units located a wanted man in the 6800 block of Springfield Blvd. May 24 at 10:43 p.m.and took him into custody.

Officers responded May 23 at 12:03 a.m. to the 3900 block of Penderview Dr. for a man who was firing a weapon into an unoccupied vehicle.

They arrived and located Rafael Chumpitazi Tineo, 31, of Annandale, and took him into custody. He was charged with reckless discharge, destruction of property, possession of a firearm while intoxicated and drunk in public.

Man dies after crash in Lorton

A man died June 1 following a crash that occurred at 2:45 p.m. at the intersection of Palmer Drive and Ox Road.

Detectives from the Fairfax County Police Crash Reconstruction Unit have preliminarily determined that Paul Kalland, 65, of Fairfax Station, the driver of a 1981 Datsun 280z, was traveling north on Ox Road through the intersection at Palmer Drive. The driver of a 2012 Ford Escape was traveling south on Ox Road turned left into the shopping center at Palmer Drive colliding with Kalland’s car. Kalland was pronounced deceased at the scene. The driver of the 2012 Ford Escape remained on scene and was taken to the hospital with injuries that were not life threatening.

Preliminarily, speed and alcohol do not appear to be factors in the crash. The investigation remains active and details of the investigation will be presented to the Office of the Commonwealth’s Attorney for review.

Units from Fairfax County Fire and Rescue and the Arlington County Fire Department were dispatched for a reported house fire in the 7700 block of Virginia Lane, in the Idylwood area of Fairfax County May 26 at approximately 8:40 p.m.

Crews arrived on the scene of a one and a half story, single family home with light smoke evident from the attic. As personnel ascended the interior stairs to gain access to the attic, fire began to show from the roof. Firefighters quickly brought the fire under control and extinguished it. There were no reported civilian or firefighter injuries.

Fire investigators determined that the fire was natural in nature and started on the exterior of the home. The cause of the fire was a lightning strike.

Two occupants were displaced because of the fire. Red Cross assistance was offered and declined. Damages as a result of the fire were approximately $42,500.

The Alexandria Police Department Headquarters has reopened for business.

As of June 1, the lobby doors at Alexandria Police Department Headquarters are open for public access to services in the Property Section and Information Services Section (Records), as well as Public Fingerprinting services.  At this time, everyone entering the building must wear a mask and check in with security staff at the front desk.

The Information Services Section window will be open from 8 a.m. to 3 p.m. on Monday, Tuesday, Thursday and Friday.  Wednesday the window is open from 10 a.m. to 7 p.m. Mail-in requests are still available as an alternative.

Public Fingerprinting is now available Tuesday, Wednesday and Thursday from 10 a.m. to 1 p.m.  At this time, masks are required for receiving service.