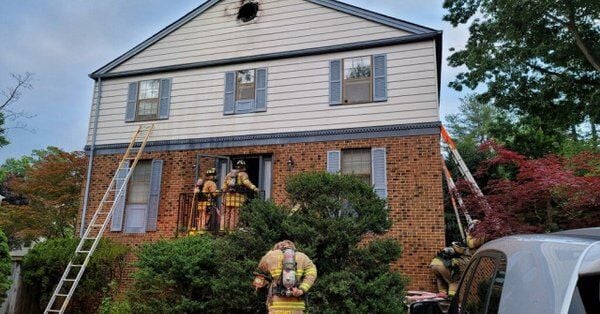 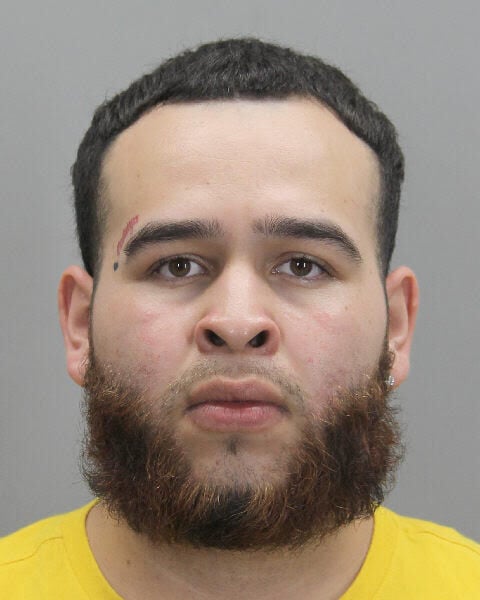 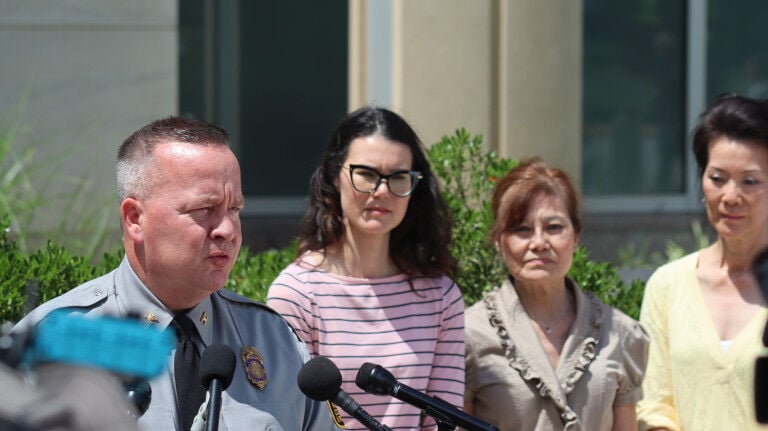 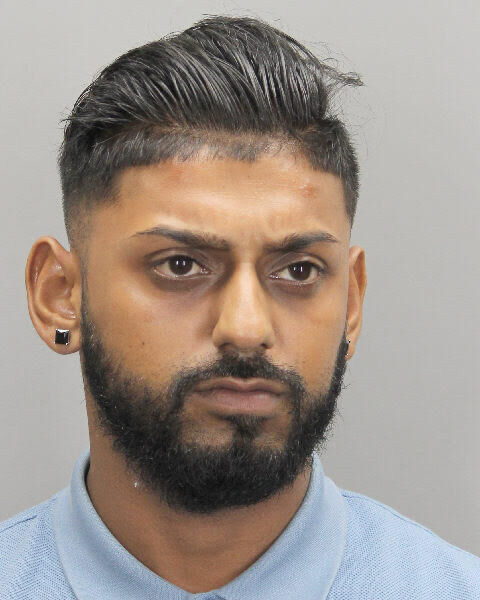 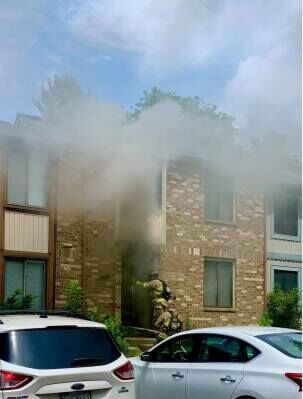 Firefighters would like to remind you to watch what you heat. 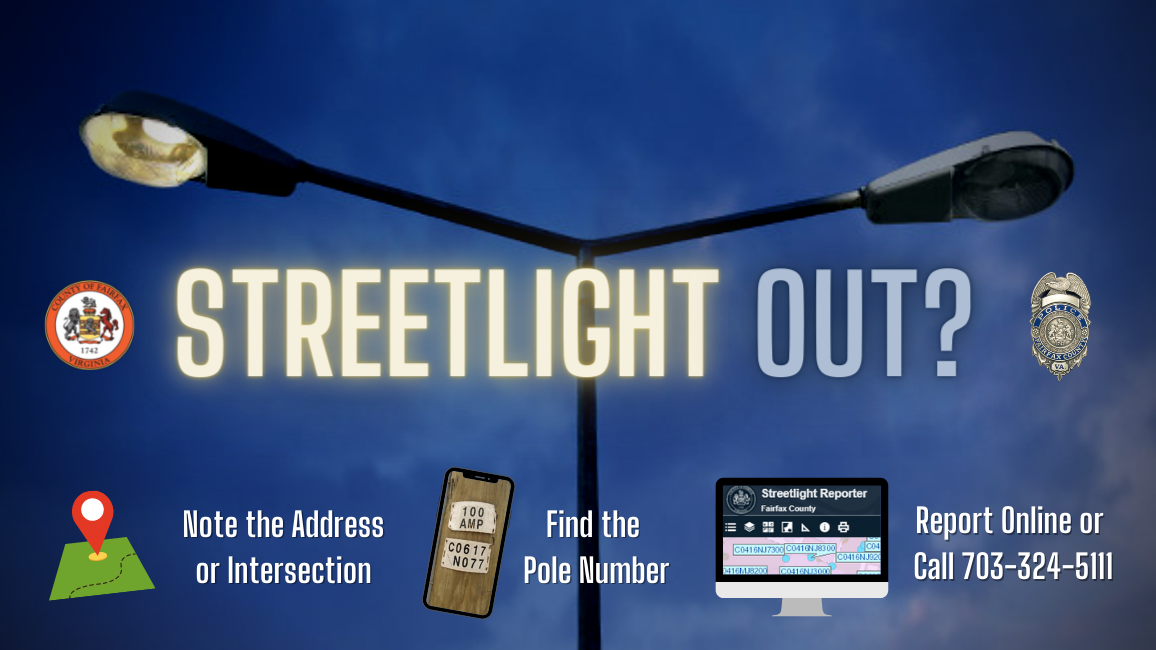 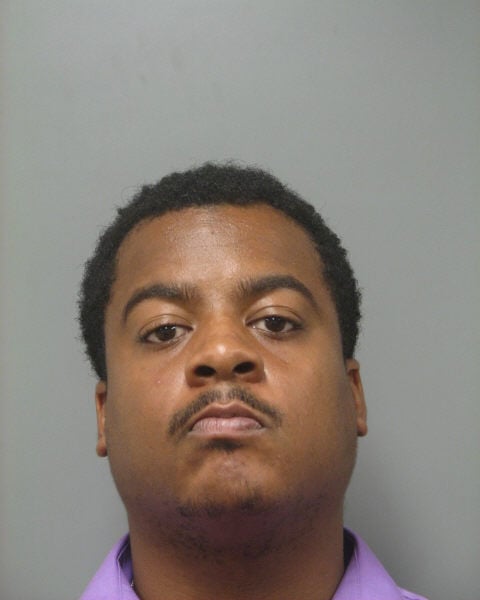 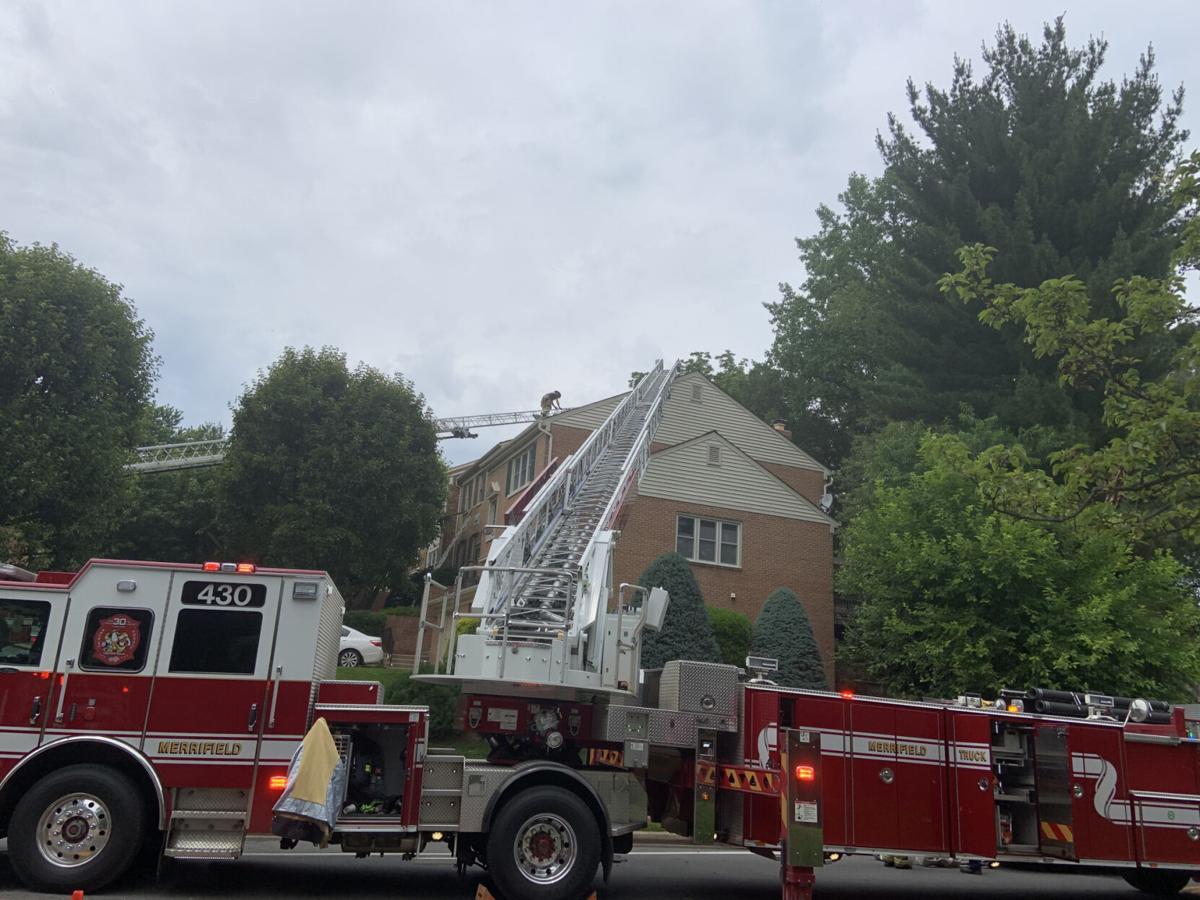 The fire happened in the 400 block of Council Dr., NE in Vienna.

Reward being offered in disappearance of Lorton woman

A $20,000 reward is now being offered through Crime Solvers for information related to the disappearance of Emily Lu. Chief Kevin Davis and Maj. Ed O’Carroll, bureau commander of the Major Crimes and Cyber and Forensics Bureaus, joined Lu’s family and members of our Victim Services Division outside Public Safety Headquarters June 15 to announce the reward after anonymous donations to Fairfax County Crime Solvers.

Officers responded to Lu’s home in the 9200 block of Davis Lane in Lorton June 4 at 2:26 p.m. after her employer requested a welfare check when she did not show up for work. Lu’s car was discovered in the driveway with groceries recently purchased from a nearby store. Officers checked the home and spoke with neighbors but were unable to find her. A family member contacted officers that afternoon and provided an address in Belle Haven that Lu frequents. Officers checked the home but did not find her.

Detectives continue to follow up on active leads and have been speaking with Lu’s current and previous tenants. O’Carroll updated the community about the investigation after detectives found evidence inside Lu’s residence indicating a crime may have occurred. Based on these preliminary investigative findings, her absence from work and the unusual lack of response to family members, detectives believe she is missing under suspicious circumstances.

Further investigation revealed Lu was last seen at the Aldi, 1329 Gordon Plaza in Woodbridge, around 7:52 p.m. June 3. Lu arrived home but never took all of her groceries inside.

“Our Major Crimes detectives are working tirelessly to determine what led up to Mrs. Lu’s disappearance,” said Maj. Ed O’Carroll, Major Crimes Cyber and Forensics Bureau commander. “They continue to work closely with officers from our Search and Rescue and detectives from our Crime Scene and Cyber and Forensics team. We remain committed to providing her family with answers and want anyone with answers to come forward with information to assist with our investigation.”

Victim specialists from the Major Crimes Bureau’s Victim Services Division have been assigned to help support Lu’s family as we continue to search for her.

Units were dispatched for a reported townhouse fire in the 400 block of Council Drive, NE in the Town of Vienna. June 9 at approximately 12:12 p.m.

Firefighters arrived on the scene of a two-story, middle unit townhouse with smoke evident from the roof. Crews rapidly located, and extinguished, a fire in a second-floor bedroom. There were no civilian or firefighter injuries reported.

Two occupants were home at the time of the fire. A plumber was sweating pipe in a second-floor bathroom. He briefly went to his truck parked outside and, upon re-entering the home, heard the smoke alarm sounding. Upon further investigation, he observed smoke visible from the area where he was sweating pipe. The worker and one of the occupants called 9-1-1 and they all self-evacuated the home.

Fire investigators determined that the fire was accidental in nature and started within the wall between the bedroom closet and second-floor bathroom. The cause of the fire was an open flame device (torch) that ignited nearby combustibles.

Two occupants were displaced because of the fire. Red Cross assistance was offered and declined. Damages as a result of the fire were approximately $148,750.

Detectives assigned to the Mason District Station Criminal Investigations Section are investigating commonalities in four reported robberies that have occurred since June 5 in the 3300 block of Glenmore Drive.

In all the robberies, a man approached victims with a knife and demanded cash or property before running away. The suspect(s) are described as a white male, 17-25 years old, 5’8’’, 180 lbs., and wearing a mask. Officers are increasing foot and vehicle patrol in the area and are asking for the community to report suspicious activity. Below are the reported cases under active investigation.

June 5, 9:01 p.m. The victim was approached by a man with a knife who demanded property before running away.

June 5, 10:13 p.m. Two victims were approached by a man with a knife who demanded property and physically assaulted a victim before running away. No injuries were reported.

June 8, 10:37 a.m. The victim was approached by a man with a knife who took cash and property before running away.

June 8, 4:57 p.m. The victim was approached by a man with a knife who demanded property and assaulted him before running away. The victim was taken to a hospital for injuries that were not life threatening.

Show confidence. Walk at a steady pace, keep your head up and avoid carrying lots of items

Be observant. Remain alert and pay attention to the people around you.

Walk in pairs, when possible.

Trust your instincts. If you sense trouble, leave the area.

As always, report suspicious persons and activity by calling our non-emergency line at 703-691-2131. If you are the victim of a robbery, or see a robbery in progress, dial 911.

Detectives are asking anyone with information regarding these incidents to call the Mason District Station Criminal Investigation Section at 703-256-8035. Tips can also be submitted anonymously through Crime Solvers by phone – 1-866-411-TIPS (866-411-8477).

A woman attempted to leave an apartment in the 14400 block of Newton Patent Court June 6 at 2:20 a.m. but was blocked by an intoxicated man who threatened to assault her.

Officers arrived and the man threatened to assault them. As officers attempted to take the man into custody, he assaulted them before being arrested.

Tyler Green, 28, of Centreville, was charged with two counts of assault on law enforcement, abduction, disorderly conduct and drunk in public.

Units responded for a reported townhouse fire in the 8700 block of Ridge Hollow Court, in the West Springfield area of Fairfax County June 8 at approximately 12:10 p.m.

Firefighters arrived on the scene of a two-story, middle unit townhouse with light smoke evident from first floor. Crews rapidly located, and extinguished, a kitchen fire. There were no civilian or firefighter injuries reported.

Three occupants were home at the time of the fire. An occupant discovered the fire in the kitchen and alerted the other occupants. They all self-evacuated and called 9-1-1. Working smoke alarms were present but sounded after the fire was discovered.

Fire investigators determined the fire was accidental in nature and started in the kitchen. The cause of the fire was the ignition of cooking oil from an unattended pot left on the stovetop.

Six occupants were displaced because of the fire. Red Cross assistance was offered and declined. Damages as a result of the fire were approximately $62,500.

Fairfax County Fire and Rescue would also like to remind all residents about cooking safely. Please remember to not leave cooking food unattended and “Watch What You Heat!

June 7 at 7:30 p.m. officers located a man who was illegally parked in the 4700 block of Commons Drive and discovered that he was in possession of a loaded firearm.

Carlos Moreno Jr., 22, of Annandale, was charged with possession of a concealed weapon, possession of a firearm by a convicted felon, and served with outstanding warrants from a neighboring jurisdiction.

Units were dispatched for a reported townhouse fire in the 9500 block of Ashbridge Court in the Burke area of Fairfax County June 12 at approximately 7:44 p.m.

Firefighters arrived on the scene of a two-story, end unit townhouse with smoke visible from the roof. Crews located fire in the attic and quickly extinguished. There were no civilian or firefighter injuries reported.

No occupants were home at the time of the fire. A neighbor observed fire from the attic vent at one end of the townhome and called 9-1-1. Smoke alarms did not sound prior to fire department arrival due to the location of the fire.

Fire investigators determined that the fire was accidental in nature and started in the attic. The cause of the fire was an electrical event involving the wiring to the attic fan.

Two occupants were displaced because of the fire. Red Cross assistance was offered and declined. Damages as a result of the fire were approximately $70,000.

Herndon man arrested after sleeping behind the wheel

Officers attempted to wake a driver who was asleep behind the wheel in the 13700 block of Atlantis Street June 9 at 12:52 a.m.

The driver awoke and sped away, resulting in a pursuit. The driver pulled into an apartment complex and attempted to walk away but was stopped by officers.

Shaun Judah, 27, of Herndon, was charged with driving while intoxicated (3rd offense in 10 years), eluding, driving on a revoked or suspended license and refusal of intoxication testing (2nd offense).

The Alexandria Police Department is seeking the public’s assistance with the investigation into an incident involving some of the pride flags in Market Square.

Investigators are looking for the individual(s) who removed several pride flags and threw them into the fountain at Market Square, outside of City Hall, at 301 King Street. The flags were believed to be taken down between noon June 5 and 8 p.m. June 6. The flags have since been replaced.