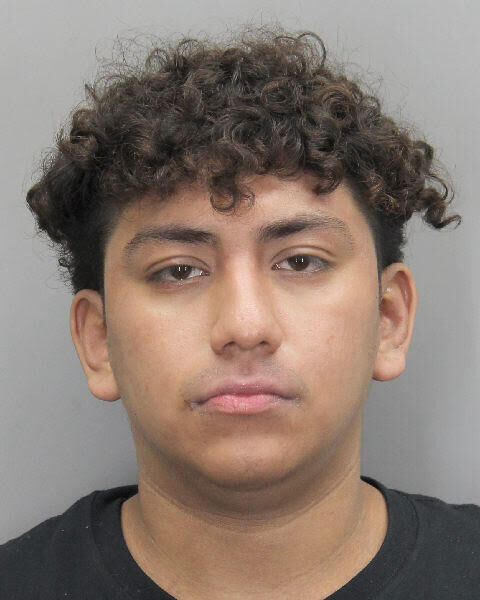 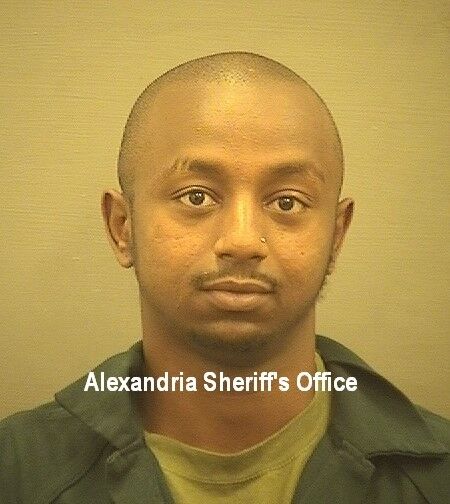 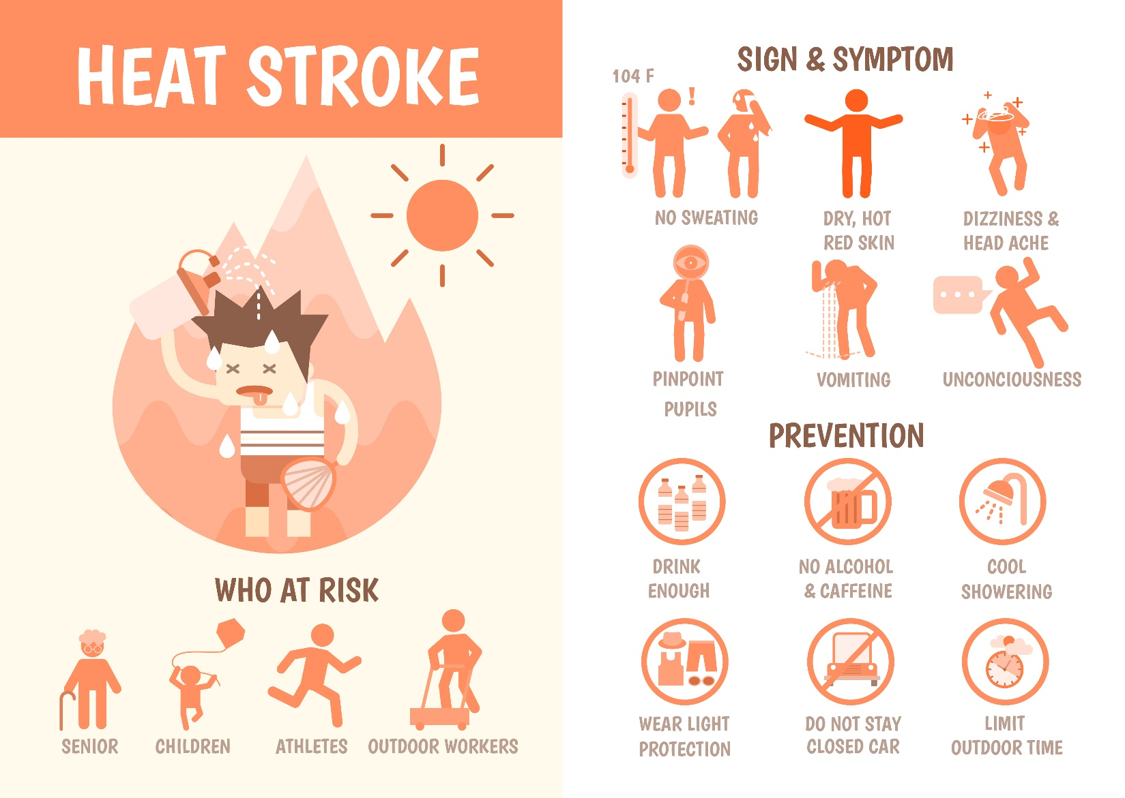 Carter Setti-Camfiord, 21, of Clifton was charged late Tuesday with second degree murder following a deadly stabbing in Clifton. Officers initially responded at 12:07 p.m. to the 13000 block of Compton Road for a pedestrian struck by a car. Preliminarily, detectives believe Setti-Camfiord intentionally jumped in front a car then reported to the driver that he stabbed someone inside a nearby home. Setti-Camfiord was immediately detained by officers and taken to a hospital for treatment of injuries resulting from the crash. Officers entered the home and discovered Jason Camfiord, 50, of Clifton, suffering from trauma to his upper body. Rescue personnel pronounced Camfiord deceased at the scene. The father and son lived at the home together. Another family member was present during the incident but was not injured. The Office of the Chief Medical Examiner conducted an autopsy and ruled it a homicide. Setti-Camfiord is being held at the Adult Detention Center without bond.

This is being investigated as the 12th homicide year to date in Fairfax County.

Detectives from the Fairfax County Police Department Major Crimes Bureau are conducting a homicide investigation after a man was found deceased by a community member July 8.

Officers were dispatched to the 7900 block of Janna Lee Avenue for a death investigation at 10:14 a.m., after an unresponsive man was found lying under brush. The Office of the Chief Medical Examiner responded to the scene and have preliminarily declared the death a homicide July 9, after evidence indicated the man suffered trauma to the upper body. Preliminarily, detectives believe the man, Tafari Nadhim, 30 of Maryland, had been deceased in the area days before being discovered. Detectives are asking for the community’s help in providing information that can assist them in their investigation.

This is being investigated as the 11th homicide year to date in Fairfax County.

After a dispute in the 7900 block of Janna Lee Avenue, a woman drove into a man and pinned him against a car before driving away July 5 at 5:05 a.m.

The man was taken to a hospital with injuries that were life threatening.

Detectives are continuing to investigate this case. Tennida Ferguson, 45, of Alexandria, is wanted for malicious wounding.

Raj Parekh, acting U.S. Attorney for the Eastern District of Virginia (EDVA), announced June 9 the launch of “UnMasked,” a community-based educational outreach and prevention program in Virginia dedicated to raising awareness about the prevalence of online sexual exploitation involving children and young adults.

“Online predators target some of the most vulnerable members of our society and can cause a devastating impact on our communities and loved ones,” said Parekh. “The first step to fighting back is awareness—educating our youth and parents with information on how to prevent these crimes from happening. UnMasked will help achieve these goals by establishing a community-based program that is designed to raise awareness and combat the often-hidden scourge of cyber abuse.”

UnMasked is a multi-disciplinary partnership of local, state, federal, and non-profit stakeholders committed to raising awareness of threats and resources through education. The initiative provides a platform to educate middle school, high school, and college students, along with parents, teachers, and the broader community, about the potential dangers of the internet. UnMasked presentations will use real-life case examples of online sexual exploitation, as illustrated by law enforcement agents, prosecutors, and survivors of these crimes.

The program name, “UnMasked,” alludes to the often hidden and clandestine nature of online sexual exploitation. Not only are internet predators able to use online identities as a mask to lure in their victims, but those victims are often also “masked” as a result of the fear and stigma that can accompany cyber exploitation. This educational initiative seeks to address both sides of these issues to “unmask” and expose these invisible dangers. The program will also provide a safe environment and opportunity for students and adults to disclose if they have been victims of online exploitation.

The UnMasked initiative will involve educational presentations at schools, colleges, and universities throughout the Eastern District of Virginia. The core curriculum is provided by the National Center for Missing and Exploited Children’s (NCMEC) NetSmartz program. Participants and others in the audience will hear personal stories by real survivors, along with presentations from experts in the investigative, forensic, and mental health fields. These events, which are set to begin during the 2021–2022 school year, will include interactive components, as well as live and video testimonials from survivors cautioning students about the dangers of online communications. UnMasked will offer lessons learned, tips, and best practices on how to avoid being subjected to exploitation, as well as what to do if they or someone they know becomes a victim.

According to NCMEC, online exploitation exploded in 2020 during the COVID-19 pandemic as social isolation and online activity increased. NCMEC’s “CyberTipline” received more than 21.4 million reports of child sexual exploitation from electronic service providers in 2020, as well as more than 303,000 reports of online sexual exploitation from the public. This represents a 27 percent annual increase in reporting from electronic service providers, as well as a more than doubling in reports from the public. According to NCMEC, online exploitation encompasses a broad range of offenses, including “online enticement of children for sexual acts, child sexual molestation, child sexual abuse material, child sex tourism, child sex trafficking, unsolicited obscene materials sent to a child, misleading domain names, and misleading words or digital images on the internet.” Cyber exploitation often begins with perpetrators contacting potential victims through social media applications, video games, and websites, typically using false online profiles, and such conduct can involve both online sexual exploitation and in-person sexual abuse.

“In those unfortunate instances when these horrific crimes occur, EDVA will prosecute the perpetrators to the fullest extent of the law, seek justice for all victims, and send a strong message to deter others from engaging in this reprehensible conduct,” said Parekh.

To report an incident involving online sexual exploitation, call 1-800-843-5678 or submit a report at report.cybertip.org. The CyberTipline is operated by NCMEC in partnership with the FBI and other law enforcement agencies. To request an UnMasked event at your school or organization, please contact EDVA’s Community Outreach Coordinator at USAVAE-UnMasked@usdoj.gov.

The Alexandria Police Department arrested a suspect wanted in a bank robbery in 200 block of South Washington Street.

Officers were dispatched for a robbery in progress at Eagle Bank July 7 at approximately 8:40 a.m. A preliminary investigation revealed the 26-year-old male suspect entered the bank and implied he had a weapon while demanding money.  The suspect left the bank on foot with an unspecified amount of cash. He was arrested minutes later, less than a block from the bank.

The suspect, identified as Dagmawee Dawit of Alexandria, was charged with robbery. It is believed he acted alone.

No one was injured. The investigation is ongoing. Anyone with information is asked to contact Detective Stephen Riley at 703-746-6225 or the police non-emergency line at 703-746-4444.

An officer attempted to arrest him, but he assaulted the officer, ran away and was not immediately located. The officer was treated at the hospital for minor injuries. Jones is currently wanted for assault on a law enforcement officer, unauthorized use of a vehicle, and obstruction of justice.

Officers attempted to arrest Daniel Hughes, 37, of Ashburn, but he assaulted several officers at the scene before being taken into custody.

During a dispute in the 2400 block of Glengyle Drive, Brandon Sejas Cruz, 21, of Centreville, assaulted and brandished a handgun at the victim July 3 at 4:11 a.m.

Cruz was charged with brandishing a firearm, assault by mob, and drunk in public. No injuries were reported.