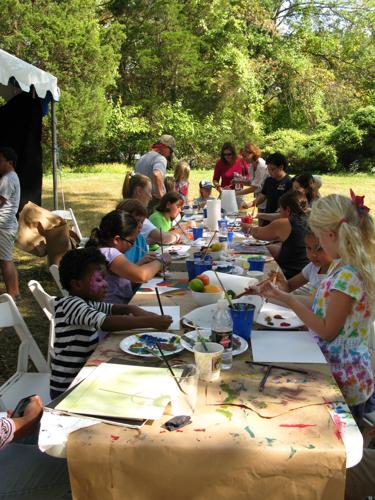 MPA Artfest offers a variety of activities for young artists. 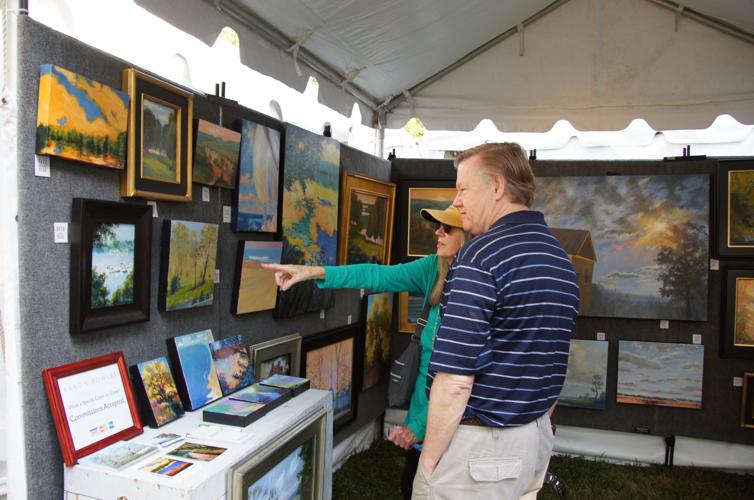 MPA Artfest is a prime opportunity for local artists to display their work.

MPA Artfest offers a variety of activities for young artists.

MPA Artfest is a prime opportunity for local artists to display their work.

The McLean Project for the Arts (MPA) has been a significant part of the fabric of the McLean community since its founding in 1962 by a small group of women artists. Ten years ago, another vital and popular thread was added to that fabric—the annual MPA Artfest, held every October in McLean Central Park.

Aptly, this year’s MPA Artfest—Sunday, Oct. 2—is celebrating as its theme “a decade of connecting art and community.”

MPA’s new executive director Lori Carbonneau marveled at how MPA has “contributed a wonderful sense of community” to McLean, an unincorporated area.

Carbonneau, who grew up in Vienna and now lives in McLean with her family, further enthused about Artfest: “This will be a real village with different aspects of the community. We’re very deliberate about this, recognizing the importance of the many kinds of arts in the McLean community.”

She added, “With our 10th anniversary, we’re celebrating the roots of Artfest and the broader community. … McLean is a vibrant community, and Artfest is a convener of that. … We’re recognizing that vibrancy and casting a wide [community] net.”

McLean's only juried arts festival, this year’s Artfest will feature 52 local and regional contemporary visual artists, the most ever. Among those artists, there will be 30 who have participated all 10 years.

During Artfest, McLean Central Park will be transformed into a lively arts village with artist tents creating an outer loop of mini art galleries. In the center will be a STEAM (Science, Technology, Engineering, Arts, Mathematics) Village, offering a variety of hands-on related visual arts experiences. Carbonneau proudly noted that STEAM is one of the “pillars” of MPA’s arts education programming.

In the STEAM Village, the Potomac School, an independent K-12 school in McLean, will offer robotics experiences in its tent. McLean’s Langley High School will have a tent where visitors may explore art and mathematics, and the Fairfax Children’s Science Center, based at Fair Oaks Mall, will explore art and sound in its tent. In addition, Capitol One is sponsoring a program on art and nature. There also will be an innovative community mural-making event that combines art and technology.

As in past years, visitors walking into the park will be greeted by the Children’s ArtWalk, a vibrant outdoor gallery of artworks created by children from 20 local elementary schools and preschools.

“It really does get you in the mood,” Carbonneau said, noting that a key MPA goal is to increase children’s access to the visual arts. Its ArtReach programming supports McLean schools with STEAM learning opportunities throughout the school year and during the summer at its camp program. MPA’s ArtReach connects with approximately 3,000 students a year as well as seniors and members of special needs communities.

In addition, Artfest will offer live music throughout the day, featuring: Scott Ramminger & The CrawStickers doing blues, jazz, and R&B on sax and vocals; The Bricks doing classic acoustic rock; and acoustic soul and blues by singer Mikay. There also will be an Open-Air Art Studio where attendees will have the opportunity to sketch, draw and create their own artworks.

Attendees also may learn about MPA’s various ArtReach and other programs at the Red & White Information Center.

The Artfest is only one of the exciting things in MPA’s future, said Carbonneau, who initially joined MPA in April of last year as its director of information strategy, membership development and special events. In June following a time of staff turnover, Carbonneau, a Princeton graduate who received her MBA from Harvard Business School and is an international expert in organization and development, became MPA’s executive director.

“I knew a fair amount about the organization, and I marveled at the quality and volume of work I found. … It is a perfect marriage of community, personal interest and background,” she said, suggesting that Artfest “is sort of my grand public debut.”

Among MPA’s new challenges, she noted, will be moving soon to a new space while the McLean Community Center, where MPA is located, undergoes a major renovation starting in the spring. For the next two years or so, MPA will be located in a space formerly occupied by an ABC store, between Kazan’s restaurant and CVS, in what’s locally known as the Giant shopping center.

Rather than being troubled, Carbonneau relishes the idea of moving to a downtown McLean retail area with high traffic. MPA’s “downtown gallery” will begin offering simultaneous programming with MPA’s community center space in December and, beginning in March, will be its only space until the renovations are complete.

“It won’t be hard to find us. I’m thrilled for the increased visibility … and the new opportunities it will give us … the opportunities to bring programming to an expanded community,” said Carbonneau, also expressing the hope that after the renovations, MPA will continue to operate from both spaces.

Carbonneau explained that she would like to have something every Thursday, in addition to Arts + Crafts, to allow McLean to experience art in all its forms—an opening, jazz and other music, poetry.

Carbonneau also is excited by building on MPA’s already strong foundation of offering the most “distinctive arts education programming in the region,” in which it partners with places like the new incarnation of the Corcoran, George Mason University and the Virginia Museum of Fine Arts in Richmond.

As an example, she mentioned a recent MPA program in which teenagers spent a week participating in graduate level workshops in classical drawing.

“I’m having so much fun,” Carbonneau said. “MPA is a 55-year-old organization, and I get to be the shepherd … to continue to build on that model.”