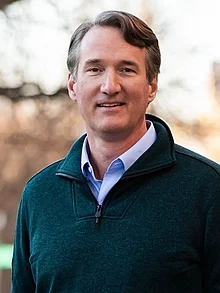 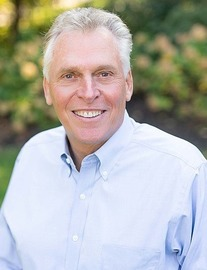 Democrats selected candidates to represent their party in the November general election. Republicans nominated their top three choices during a convention last month, and voted for House of Delegates candidates this week.

Terry McAuliffe won the Democratic bid in a landslide against an array of other candidates, sweeping up 62 percent of the votes. He will face the Republican candidate, Glenn Youngkin, in November. McAuliffe previously served as Virginia governor from 2014 to 2018. Virginia governors are not allowed to serve consecutive terms.

Celebrating his win with a tweet attacking his opponent, McAuliffe said: “I’m running for Governor to move Virginia forward. My opponent is an extreme Republican who wants to buy the Governor’s office. We need to get our message out there and build the biggest grassroots team Virginia’s ever seen.”

Youngkin is from Richmond and is a former investment group leader, basketball player and coach and father of four. Youngkin is heavily focused on election integrity.

After McAuliffe won the Democratic bid, Youngkin also took to Twitter. He tweeted: “While we differ mightily as to how to best serve Virginians, I want to thank the five contenders in today’s primary for running. I welcome Terry McAuliffe to the race and look forward to presenting our competing ideas for Virginia’s future.”

The attorney general bid saw incumbent Mark Herring securing the nomination with 56 percent of the votes. Opponent Jerrauld Jones received with 43 percent. Herring will face off against Republican candidate Jason Miyares in the general election.

Miyares of Virginia Beach is the former delegate for District 82. His platform includes punishing criminals and protecting victims, creating a pro-business Virginia, standing with the police, restore law and order, election reform, fight human trafficking, opposing illegal immigration, fighting for the next generation and looking out for the vulnerable.

House of Delegates races saw many delegates who are running for reelection win their bids, such as Kathleen Murphy, Ken Plum, Kaye Kory and Alfonso Lopez.

The Republican ballot saw mostly candidates running who were unchallenged in their district for the House of Delegates positions.

Regions such as Hampton Roads, Charlottesville, southwestern Virginia and Richmond reported low voter turnout for the day. While WTOP reported that an estimated half of the ballots cast June 8 in Fairfax County were done early or by mail.

Democratic Winners (percentages as of June 9 from the Virginia Department of Elections. Some precincts have not yet turned in results at the time of this article.)

Republicans that will be on the ballot on November 2: