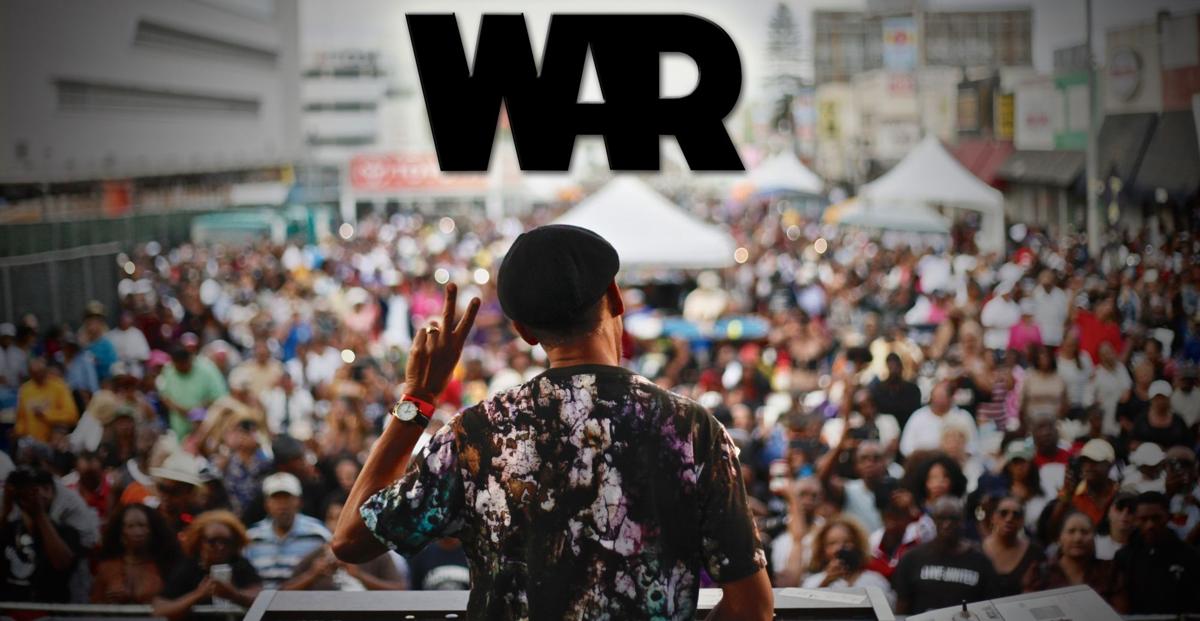 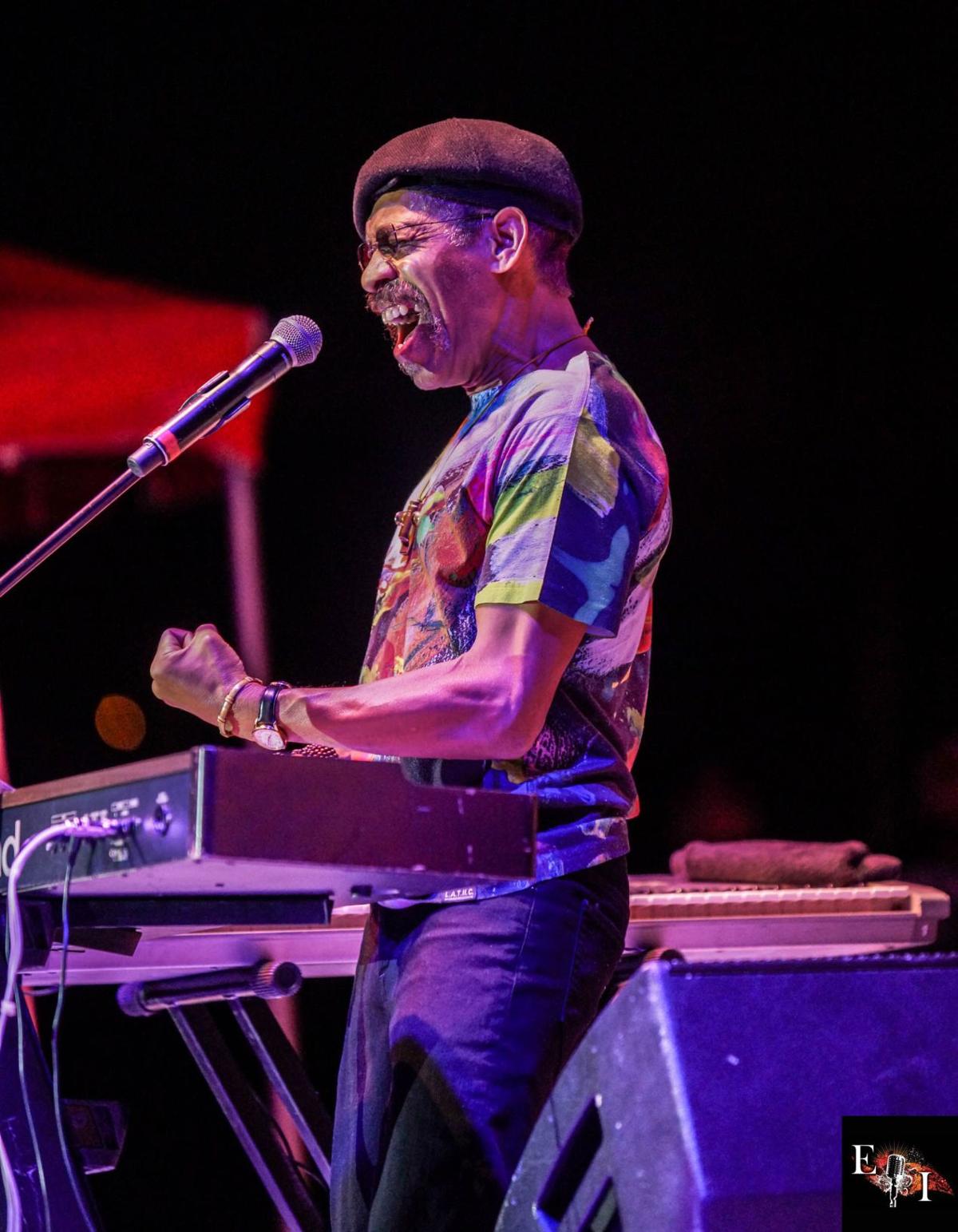 The moment the light bulb lit up, inspiring the name for the band WAR, was in Japan.

“We were in Japan for the first time. We walked out of a restaurant and we were walking in an alley to get to the main street to take cabs to go back to the hotel. Our manager turned around and looked at us and said, "My God, you guys, I'm glad I know you, because if I didn't know you and I saw you walking down the street, I would start running. You guys look like you came out of a battlefield," recalls Lonnie Jordan, the lead singer of the band that stopped at The Birchmere on Wednesday and Thursday this week. “We thought it was a little too radical, but then we said OK. Our music does have a message from the street, so it’s basically the same. It could connect and so it did.”

The name of the band and the band itself (formerly known as Creators and Nightshift before it became WAR) was influenced by Eric Burdon, the lead singer of the British band Animals.

“Oh, he brought a lot, a lot of experience. He helped us to learn how to play in front of a large audience-- a much larger audience than we had before-- and how to improvise. He taught me a lot. Also, the fact that when we called ourselves WAR, with Eric's influence it also helped us to realize that through our music, we had a message that connected with the name. We eventually were letting our fans know that we were waging war against wars [and] for peace (This was around 1968, during the Vietnam War).

Our choice of weapons was and is our musical instruments. There's no bloodshed. Totally music. Healing.”

I was surprised with his answer to my question about what it takes to perform in front of a big audience: “It takes a lot of ... well, actually, it takes the audience, also. Once I'm onstage I'm a totally different person than I am offstage. Once I step foot on that stage, I'm ready to go into a whole different mode. I can't explain what it is, but I can only tell you that it feels incredibly awesome. I turn into an actor. I turn into everything but the way I am offstage. I improvise and the audience improvises with me. A lot of our stage performance has to do with the audience also performing with us, mentally and physically.”

Interviewing Lonnie Jordan of WAR over the phone, I decided to focus on the Afro-Latin influence in their music:

What drove your interest in Afro-Latin music?

Of course, a lot of Latin music was bootlegged out of New York, which when you think about it, Latin music is basically African music. That's where it basically came from.

JORDAN: That's where it basically came from.

JORDAN: If you listen to a lot of Cuban music--well, basically the mambo and the merengue all that stuff came from ... it was labeled merengue and labeled mambo, but it really, the actual music, physical music came from Africa. Whereas the black Cubans, black Puerto Ricans and even in Brazil, you have baiao. People that migrated from Africa brought the music over to a lot of the countries.

Do you have personal connections to Afro-Latin music?

Do you think there are a few musicians who are into Afro-Latin?

JORDAN: Oh yeah. Yes. There's a lot more now than it was back in the early days. I think it was because back in the early days, a lot of people never really mentioned it a lot. If they were trying to pursue a musical career, they didn't talk too much about African music because it didn't sound right for radio at the time. Politically, it didn't sound politically correct because it was bad enough that black music alone was pretty much filtered out of the radio. I don't know if you're aware, but back in the 50s, a lot of, I would say, artists like Little Richard, James Brown, Jackie Wilson, the list goes on, their music was substituted by, I would say, artists like Pat Boone, the McGuire Sisters. All their music was re-done for white radio back in the early days. That's just the way the world was back then and that's why a lot of people never spoke of where the actual rhythm, R&B, rhythm and blues, rock and roll, no one ever spoke about where it originated. It was not politically correct to talk about.

What do you think of Cardi B?

JORDAN: Cardi B? I think she's fine. I think she's very creative. My wife loves her. For me, if I listen to Cardi B, I'm also listening to Rihanna. I'm listening to Ariana. Pink. To me it's basically, I always call it a fad. When that sound runs out then you'll have a new Cardi B, a new Pink, a new Lady Gaga. It changes every year. You have new troupes and then they all sound the same and then it never stops. The vicious cycle continues. But don't get me wrong now, that being said, I think that they're all talented. Like I said, they all have their own art form which is great for the time.

It‘s interesting how Jordan believes that innocence is the secret to WAR’s huge success:

“The success was, I would say, when we were naïve and didn't know what we were doing or didn't know the impression our music had on the fans. Our innocence really helped us. It helped us again, not to be beyond and above our peers at the time. Like I said, we based all of our music that we wrote with the people. Not above the people, but with the people. I still feel the same way today.”