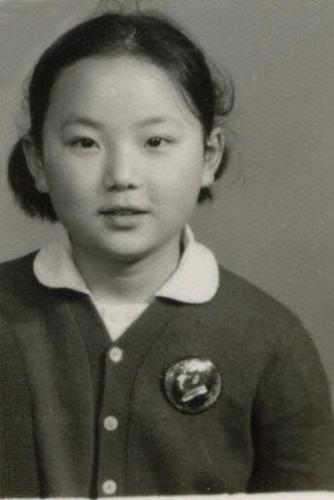 During Xi Van Fleet’s childhood in China, everyone wore badges displaying Mao Zedong’s face. These badges became symbols of loyalty to the Mao regime and the Chinese Communist Party during the Cultural Revolution. 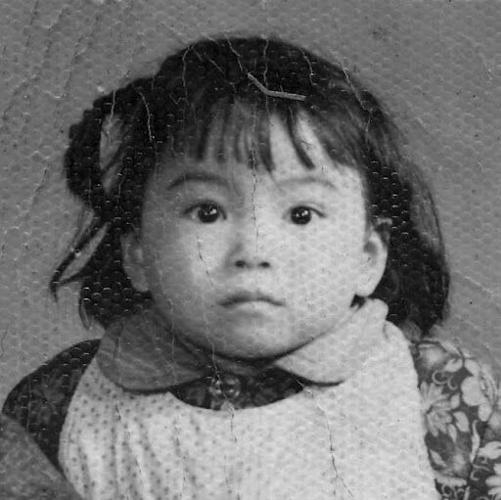 Shuping Jonnes is pictured at age 4 in 1966. During this time, she experienced a tumultuous childhood due to enduring the effects of the Cultural Revolution caused by Mao Zedong’s government.

The Cultural Revolution was a political campaign launched by former Chinese leader Mao Zedong that continues to affect many today, especially Chinese immigrants in Northern Virginia.

“At around seven months old, I only weighed four pounds,” said Shuping Jonnes, a retiree who arrived in the United States in 2010. “Everyone was eating grass and weeds because there was no food. That’s how bad the situation was.” Shuping Jonnes was born during the Great Famine proceeding the Cultural Revolution.

Mao started the Cultural Revolution to maintain absolute power and defeat his political rivals within the power structure, which lasted for 10 years (1966 to 1976). Mao mobilized the youth in schools into forces called the Red Guards to begin the Cultural Revolution. The Red Guards then began to purge capitalist and traditional Chinese elements from the nation following Mao’s instruction.

Anything insinuating connections to traditional or western values was also susceptible to scrutiny by the Red Guards. The main targets of the Red Guards were known as the Four Olds (old ideas, old culture, old customs, and old habits). Family heirlooms and items of cultural significance were confiscated and destroyed, leading to an immense loss of history. Religious monuments and relics such as Buddhist statues were also taken down. Streets, schools, stores, and institutions changed names to match politically correct versions.

“The Red Guards changed many streets from traditional names to something like ‘Anti-Imperialism Street’ or ‘Red Guard road’,” said Xi Van Fleet, who said she sees the same things happening locally with the renaming of streets and districts. “They also did the same to institutional names, store names, and restaurant names based on the political correctness of the day.” When Xi Van Fleet watched historic statues being torn down here in America, it was deja vu to her.

Shuping Jonnes also faced harassment when she was called a “capitalist roader” growing up simply because an uncle owned a sugar factory before the Chinese Communist Party (CCP) controlled China. The fact that her family members ever owned a business at one point led her to endure bullying.

“I saw beatings at my schools,” said Xi Van Fleet. “One time, the students at my elementary school humiliated a teacher by surrounding and spitting on her.”

Besides beatings, the violence encouraged by Red Guards extended to killing many people. Violence was rampant, and the abolition of law enforcement allowed the actions of the Red Guards to go unchecked.

Xi Van Fleet found that the subsequent destruction and lootings of the riots following the various protests across American cities in 2020 reminded her of how the Red Guards enacted violence upon people and communities. The push for defunding police also worries her that violence in America could become rampant as it was during the Cultural Revolution without the proper regulation of law enforcement. She hopes that educating Americans about the similarities between the Cultural Revolution in China 50 years ago and what is happening in America today can raise awareness for preventing such history repeating.

Schools were the main objective for control for the CCP. Mao and his regime wished to control China’s future through its youth, which is why the Red Guards were a student-led initiative. Propaganda and censorship within education were ubiquitous and designed to indoctrinate the youth into blind followers of Mao and the Party.

“I did not know much growing up in China. You cannot blame me for not knowing because we did not have any access to information,” said Xi Van Fleet. “Everything is controlled by the CCP in China, but here in America, it is amazing how information is just one click away, yet people don’t explore different points of view and learn about the crime of communism.”

Xi Van Fleet fears that a comparable form of indoctrination could come to fruition within Virginia’s public schools. This caused her to get politically involved by speaking at her local Loudoun County school board meeting to draw parallels between the Cultural Revolution she witnessed as a child and the emerging ideological movement of critical race theory in K-12 schools.

Similarly, Shuping Jonnes has testified numerous times in support of various bills in front of Virginia’s General Assembly. She continues her advocacy by supporting Hung Cao for Congress. She shares the same sentiments as Xi Van Fleet that the Cultural Revolution could easily be replicated in America if radicalism within the social and educational climate becomes overpowering.

Censorship and suppression of information continue in China today. The Chinese government has banned discussing and researching the Cultural Revolution, which is why many younger Chinese people and Americans know little of its painful history. Awareness is a powerful tool in acknowledging and remembering the past to prevent it from occurring again.