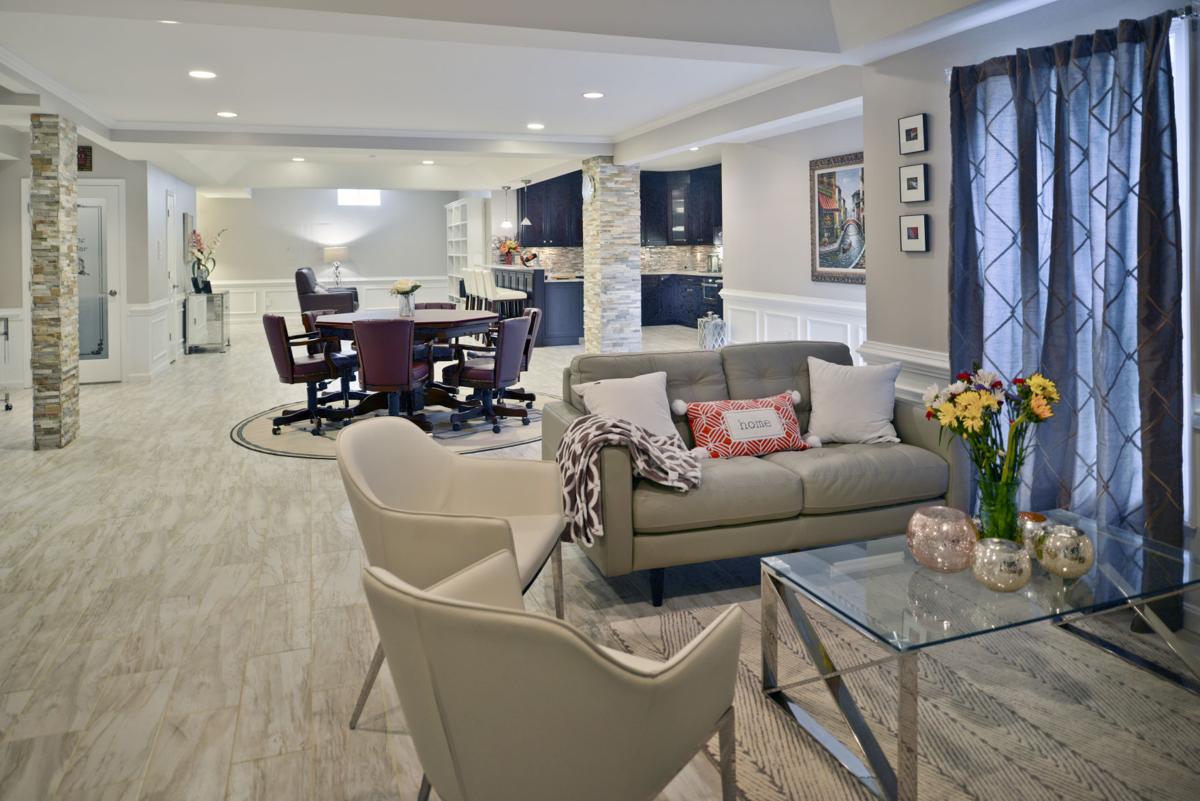 The remodeler maximized natural light availability. A single door was converted to a double French slider that accesses an outside patio. Large-scale porcelain tiling throughout the entire basement confers visual unity while complementing the ledgestone-wrapped structural columns. 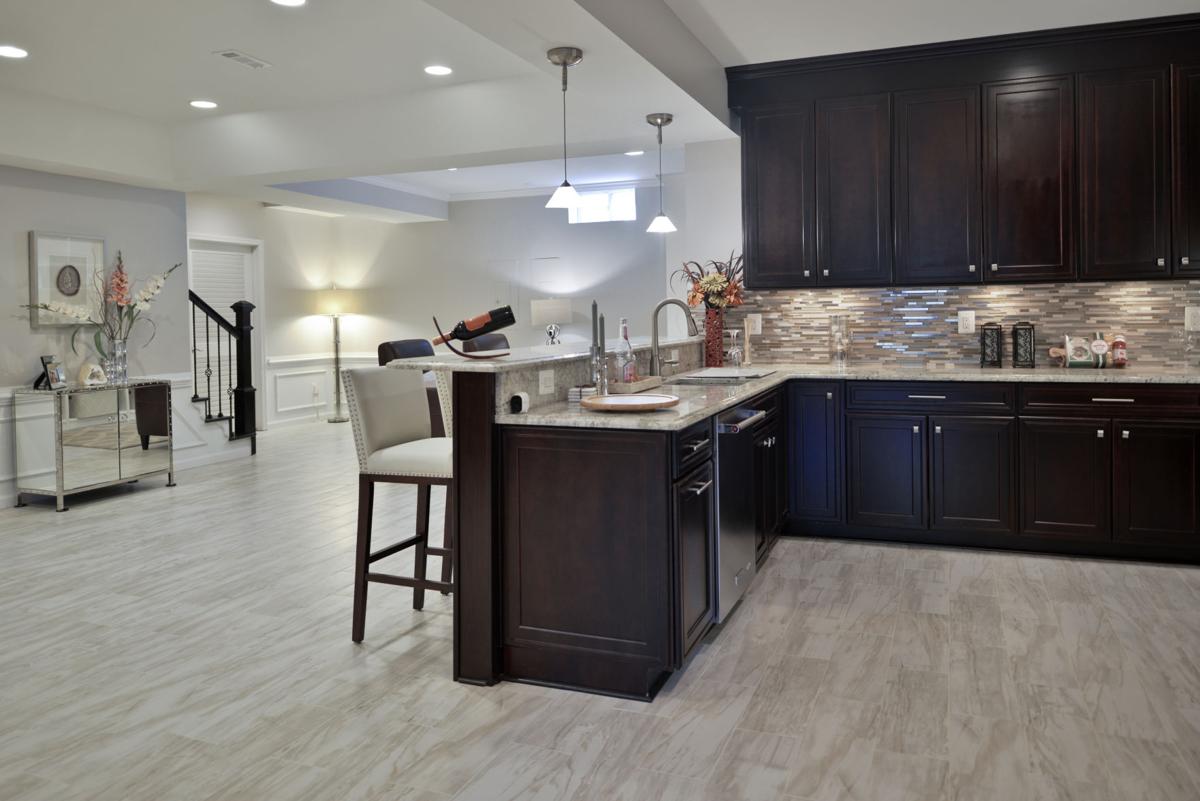 A comprehensive family-use plan for a previously unfinished 5,100 square foot basement to a McLean home has won a “Contractor of the Year” (COTY) award for Michael Nash Kitchens and Home. The design solution combines an open floorplan featuring a bar and media zone with private guest suite, an exercise facility, and a 22'x 20' home theater. 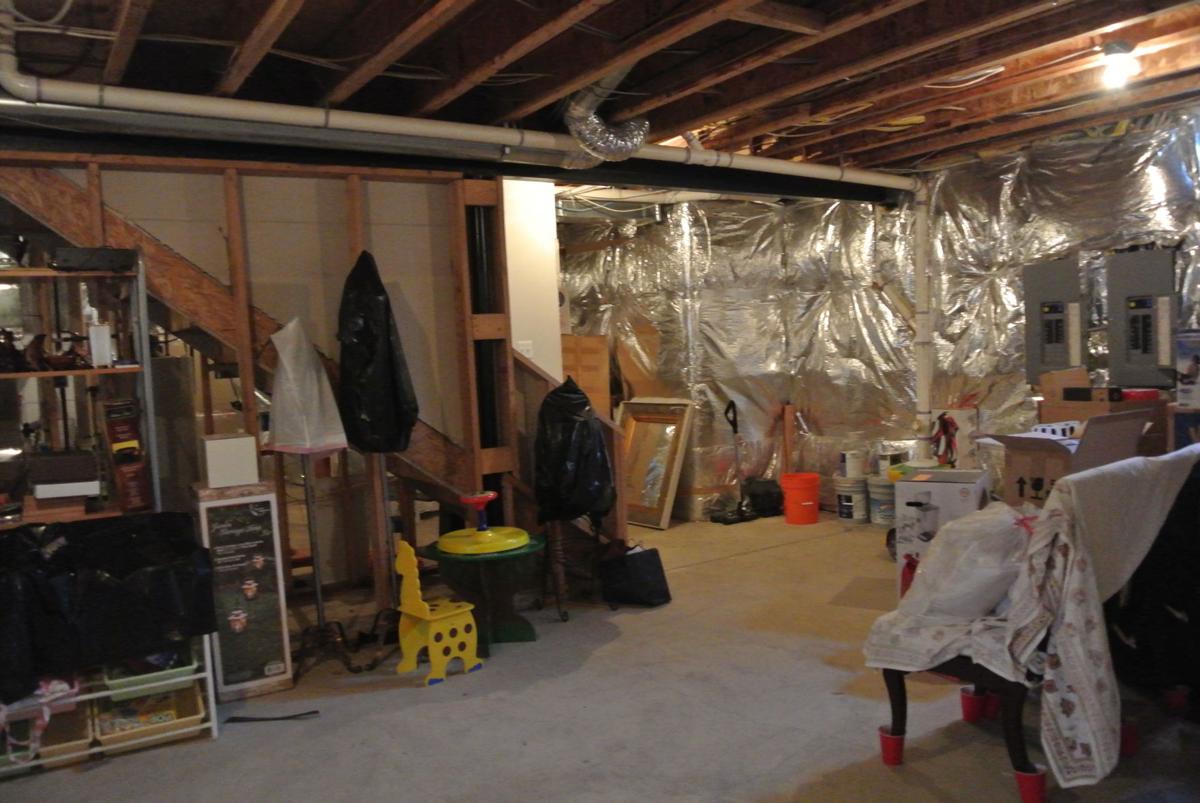 To create a working footprint for the new open plan, the design team relocated a hot water heater and HVAC unit while introducing an alternative structural supports that allowed the elimination of two vertical posts. 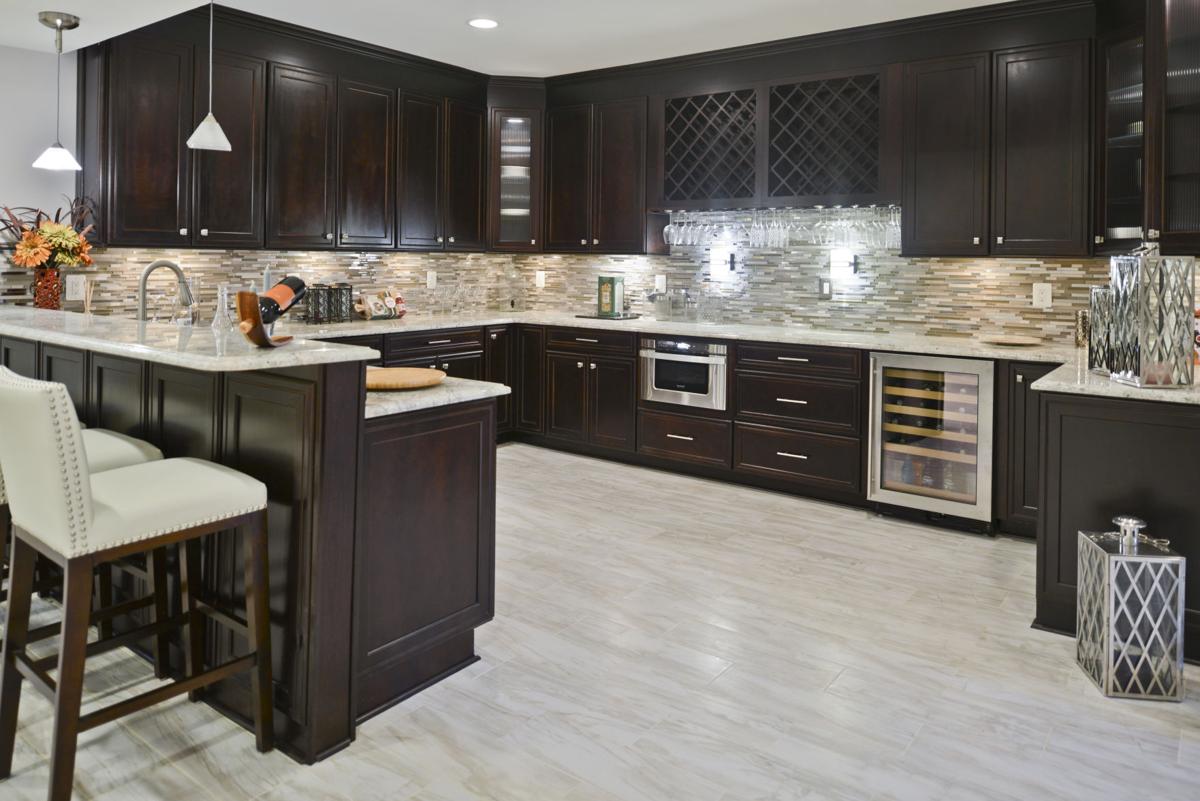 Gathering place. With its Tuscan brown quartize surfaces mounted on an expresso-hued mahogany base, the bar presents an eye-catching light-to-dark tonal contrast. The backsplash is ledgerstone; flooring is wood-grain porcelain tile in a herringbone pattern. The bar (which seats six) is equipped with a wine refrigerator, microwave and warming drawer.

A sweeping family-entertainment suite introduced into an unfinished 5,100 square foot basement has won a “Contractor of the Year” (COTY) award for Michael Nash Kitchens and Home.

The design solution, which integrates an open floorplan with several independent activity and gaming zones, was executed in a three-story Colonial-style residence in McLean. The project was recently named the Washington-area's “best basement remodel” by the National Association of the Remodeling Industry (NARI) Metro DC Chapter.

In acknowledging the honor, Michael Nash President and Founder Sonny Nazemian pointed to the many ways the traditional American home is being radically transformed by emerging owners’ requirements.

“Homeowners are increasingly focused on developing more personalized, long-term uses for their homes,” Nazemian said. “A remodeler has to meet an ever-broadening array of needs-- often arising within the same family. This can require more engineering and interior design skills than were typically available from a single source in years past. Our goal is to stay ahead of evolving needs-- providing customers with an informed awareness of what's possible now.”

For the McLean homeowners whose project won such plaudits from professionals, the remodeling process began last year with a simple assessment of goals and priorities.

“The owners had purchased the house several years ago, but intentionally left the lower-level unfinished because they didn't like the plans [that the] builder had proposed,” Nazemian explains. “They had been stockpiling ideas-- looking for a remodeler who could help them articulate a vision that consisted of many complicated parts.”

A home and garden feature about a Michael Nash project inspired the owners to visit the remodeler's Lee Highway showroom; soon after, the research process began.

The core problem with re-doing the lower level, however, was structural: the two upper floors were partially supported by beams attached to solid steel vertical supports situated in the middle of square footage the owners wanted to re-work into open floorplan. On this score, the hot water heater and an HVAC unit also plainly obstructed the space the owners envisioned as a central concourse for the entire makeover.

To make the “build-out” feasible, Nazemian and team insinuated a horizontal support beam, balanced on new vertical supports, flanked to either side of a nearly 800 square foot open expanse. Two of the existing support beams were subsequently eliminated. Re-locating a hot water heater and an HVAC unit, likewise, entailed considerable re-rerouting and re-engineering.

With the structural issues resolved, attention quickly turned to the satellite of private-use components revolving around the lower-level's primary living space: a home theater, a wine cellar, an exercise studio, guest quarters with full bath-- all to be integrated within a softly understated design scheme that turns every challenge to aesthetic advantage.

“The only source of natural light in the lower level came from a course of windows on the west-facing rear elevation, which looked out into the back yard,” Nazemian recalls. “When available light is lacking, lighter colors and textures can be employed to generate warmth in rooms that are appreciably below grade. This is partly psychological, yet the very essence of what good design requires.”

With these goals in mind, 160 square feet on the west-side of the new footprint was designated for the bar and refreshments area.

As a zoning solution, the build-out is within easy reach of a cozy niche with fireplace designated for television viewing, and just a few steps from window-aligned floor space allocated for billiards, Foosball and other indoor recreations.

To set the tone for a warmly inviting interior, Nazemian and team designed an eye-catching counter space and back bar.

With its Tuscan brown quartize surfaces mounted on a base of espresso-hued mahogany, the bar presents an intriguing light-dark tonal contrast.

The counter surface, in turn, offers seating for six within easy reach of a small dining table. The fully self-sufficient kitchen is equipped with a wine refrigerator, microwave and warming drawer.

To neutralize, the suite's ceiling and walls are off-white. Throughout, subtle checker-board interplay of lights and darks softens the angularity of bulkheads; support posts impaneled in wood facings are, likewise, capped with crown moulding.

The ledgerstone motif is repeated in the media viewing zone where a linear fireplace parallels to a flat screen TV presents a striking postmodern image.

In all, the primary gathering concourse is over 1,000 square feet-- enough for up to eighty guests.

But the suite also provides well-differentiated play spaces, and in these the plan succeeds admirably, as follows:

Home Theater: Turn left at the bottom of the stairway and left again, and one comes to a pair of doors that access a 22'' x 20' home theater featuring an HD projector screen and six reclining leather chairs raked for optimal viewing. In addition to playing movies, the HD projector screen is hooked up to a video gaming station. The sound system is first-rate, and the room is thoroughly sound proofed.

Wine Cellar: Behind a custom wrought iron door, Nazemian and team designed a 12-by- 18-ft wine cellar to owner’s requirements. Within, premium redwood wine racks, stacked to the ceiling, accommodate over 1,000 bottles.

Exercise area: The exercise salon (across the hall) is equipped with an elliptical bike, bench press and bar bells. A wall-sized mirror offers a visual means to track work-out progress. The rubber floor absorbs sound.

John Byrd has been writing about home improvement for 30 years. He can be reached @ 703-715-8006, www.HomeFrontsNews.com or byrdmatx@gmail.com. Send photos of interesting remodeling projects to: b2b@homefrontsnews.com