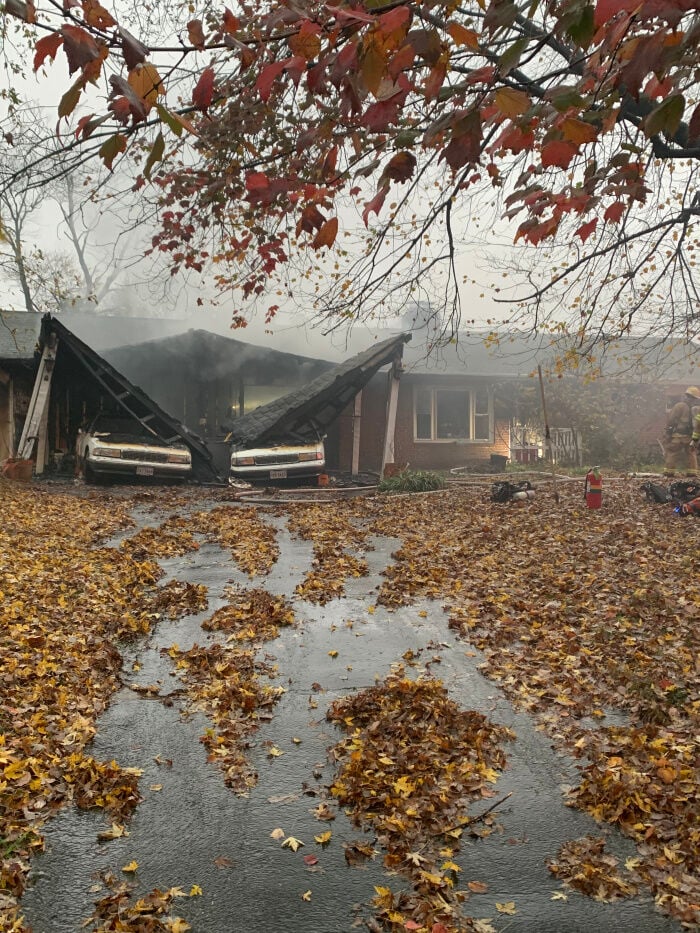 Damage to the carport as a result of the fire. 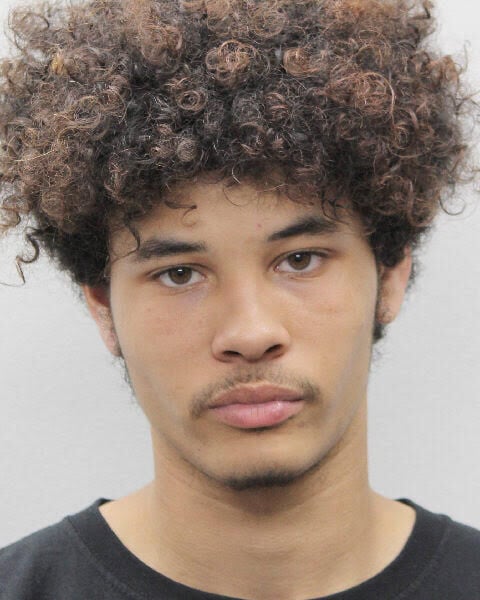 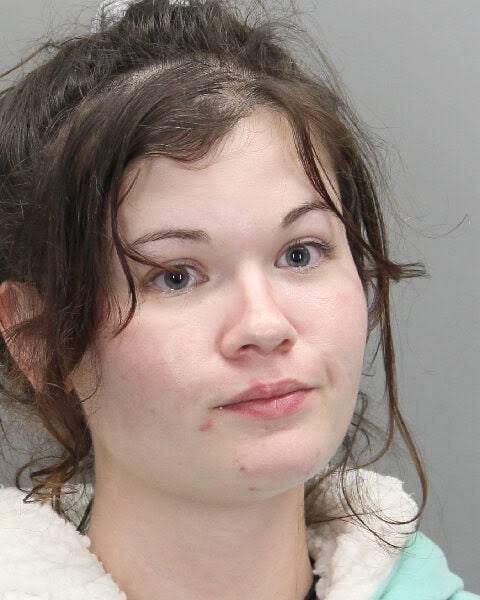 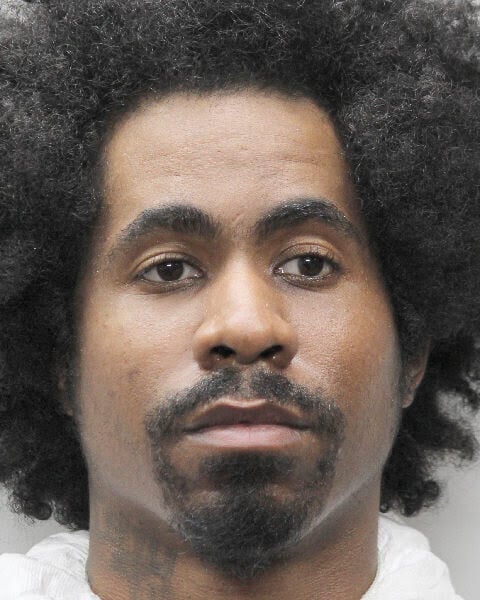 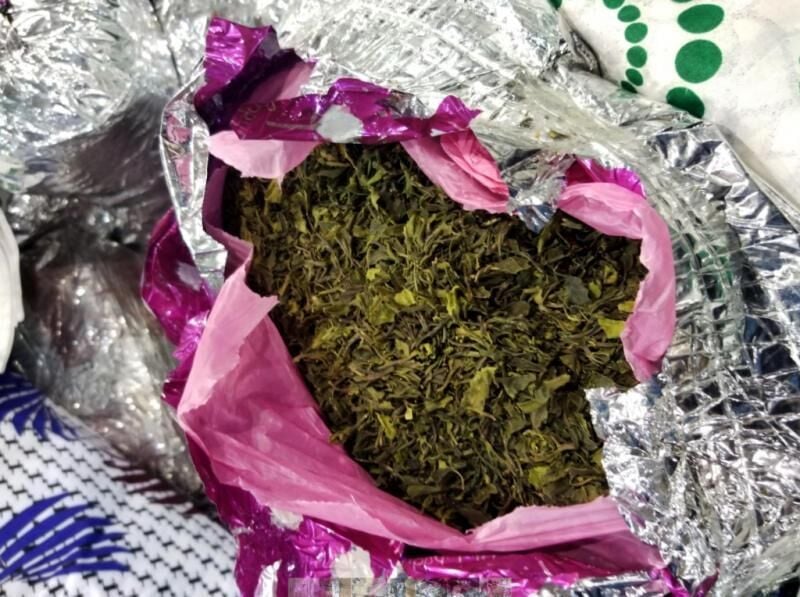 CBP seized 678 pounds of khat that arrived in air cargo from Nigeria. 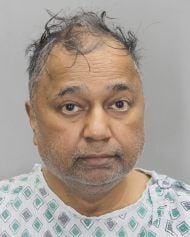 Virginia State Police are investigating a pursuit that ended with a 17-year-old being taken into custody.

The incident began at approximately 12:05 a.m. Nov. 15 when a Virginia State Police Trooper observed a group of vehicles traveling west on Interstate 495 at Exit 176 for Telegraph Road in Fairfax County. The vehicles slowed to about 20 mph and began lining up as if preparing to drag race. As the trooper pulled in behind the vehicles, three sped off at a high rate of speed. When the trooper activated his lights and sirens, the vehicles refused to stop and a pursuit was initiated.

One of the vehicles, a Subaru, continued to I-495 north reaching speeds of more than 130 mph. The Subaru exited I-495 at Exit 54 for Braddock Road and headed east, running several red lights. The vehicle continued onto Backlick Road, did a U-turn in a parking lot and then struck a 2019 Toyota SUV near the intersection of Highland Street. At that point, two troopers purposely made contact with the pursuit vehicle in order to bring it to a stop. The suspect vehicle struck a brick column and came to a stop.

The driver of the Subaru, a 17-year-old male from Woodbridge, was taken into custody without further incident. He was transported to Springfield Health for treatment of minor injuries sustained in the two crashes. Three adult passengers were not injured.

The driver of the Toyota SUV that was struck was treated at the scene for minor injuries.

Crews arrived on the scene of a one-story, single-family home with fire showing from the attached carport. They quickly initiated an attack on the fire through the carport and into the living space behind the carport. The fire was quickly extinguished. One resident was transported to the hospital with non-life-threatening injuries. No firefighter injuries were reported.

Two occupants were home at the time of the fire. The occupants were alerted to the fire when smoke alarms sounded. Both safely evacuated the home prior to fire department arrival.

Fire Investigators determined that the fire was accidental in nature and started in the living room. The cause of the fire was an electrical malfunction in a power strip.

Two occupants were displaced because of the fire. Red Cross assistance was offered and accepted. Damages as a result of the fire were approximately $173,750.

Fairfax County Fire and Rescue would like to remind all residents of the importance of having working smoke alarms on every level of your home, in every bedroom, and outside sleeping areas. Working Smoke Alarms – Don’t Stay Home Without Them!

Virginia State Police responded to a crash involving a pedestrian fatality on Interstate 95 in the City of Richmond Nov. 13 at approximately 12:27 a.m.

A 2005 Volvo S80 traveling north struck a pedestrian in the center lane at the 75 mile marker. The pedestrian died at the scene.

The driver of the Volvo, a 35-year-old male, was wearing a seatbelt and was not injured.

The deceased pedestrian has been identified as Muhammad Khan, 22, of Falls Church, Va.

Speed is not being considered a factor in the crash.

A man entered Frugalista at 7609 Richmond Hwy. Nov. 6 at 2:46 p.m. He assaulted an employee and stole merchandise.

The man walked away but was found by officers. Brandon Brown, 22, of Alexandria, was charged with robbery. No injuries were reported.

A 63-year-old man died as a result of injuries from a crash that occurred around 12:05 a.m. Nov. 15 near the intersection of Loisdale Road and Loisdale Court in Springfield.

The driver of a 2017 Toyota Camry was traveling southbound on Loisdale Road and struck Lewis who was in the vicinity of a crosswalk. The driver remained at the scene and is cooperating with detectives. Rescue personnel pronounced Lewis dead at the scene. Preliminarily, speed and alcohol do not appear to be factors for the driver. The investigation remains active.

This is the 13th pedestrian fatality in the county to date in 2020.

Nickolas Harris, 38, of Haymarket, was found nearby with the stolen merchandise. He was charged with burglary, grand larceny and destruction of property.

Two 16-year-old boys from Annandale are facing charges following a Nov. 10 shooting at the Motel 6 in Springfield.

Officers initially responded for a juvenile who was found suffering from an apparent gunshot wound to the upper body. Several other juveniles were determined to be in the motel room at the time of the shooting. Following a thorough investigation, detectives believe one of the boys was handling a firearm when he accidentally discharged a single round, causing fatal injuries to the victim.

While examining air cargo on Sunday, CBP officers discovered foil-wrapped bundles of a green leafy material that was concealed within 18 boxes of a variety of “African fabric.” Officers suspected the plant material to be khat and requested that CBP agriculture specialists examine the material.

Officers seized the khat, which weighed in at 312 kilograms, or 678 pounds and 13 ounces. The khat has a street value of about $85,000. The shipment was destined to an address in Essex County, N.J.

“This seizure of khat illustrates how our thorough inspections of international cargo helps to keep illicit and dangerous products out of our communities,” said Casey Durst, Director of Field Operations for CBP’s Baltimore Field Office. “Narcotics interdiction remains a priority mission for Customs and Border Protection and a responsibility that we take very serious.”

Khat is typically grown in East Africa and the Arabian Peninsula and is chewed for its stimulant effect. The World Health Organization classified khat as a drug of abuse in 1980.

The Drug Enforcement Administration classifies cathinone as a schedule 1 drug – the most restrictive category used by the DEA, and cathine as a Schedule IV controlled substance.

The driver continued a short distance before stopping the car. Michaela Bennett, 24, of Fairfax, was arrested and charged with DWI and speed to elude.

Officers responded to 8194M Terminal Road Nov. 11, just prior to 9 p.m. and discovered two men with gunshot wounds to their upper body. Both men were taken to the hospital, one with injuries that were life threatening.

Varun Srivastav, 23, of Vienna, succumbed to his injuries at the hospital on Friday night. The Office of the Chief Medical Examiner ruled the death a homicide following an autopsy yesterday morning.

Detectives determined Varun’s father, Ajay Srivastav, 63, of Vienna, shot his son inside a car before shooting himself. Ajay was treated for non-life-threatening injuries and released from the hospital on Friday afternoon. Due to Ajay being released from the hospital prior to Varun’s death, he was charged with aggravated malicious wounding and firearm use in the commission of a felony. Detectives anticipate Ajay’s charges will be amended to reflect Varun’s passing.

Ajay is currently being held without bond at the Fairfax County Adult Detention Center. This remains an active investigation and detectives continue to examine evidence and interview witnesses.

This is the 13th homicide year-to-date in Fairfax County.