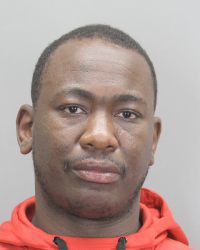 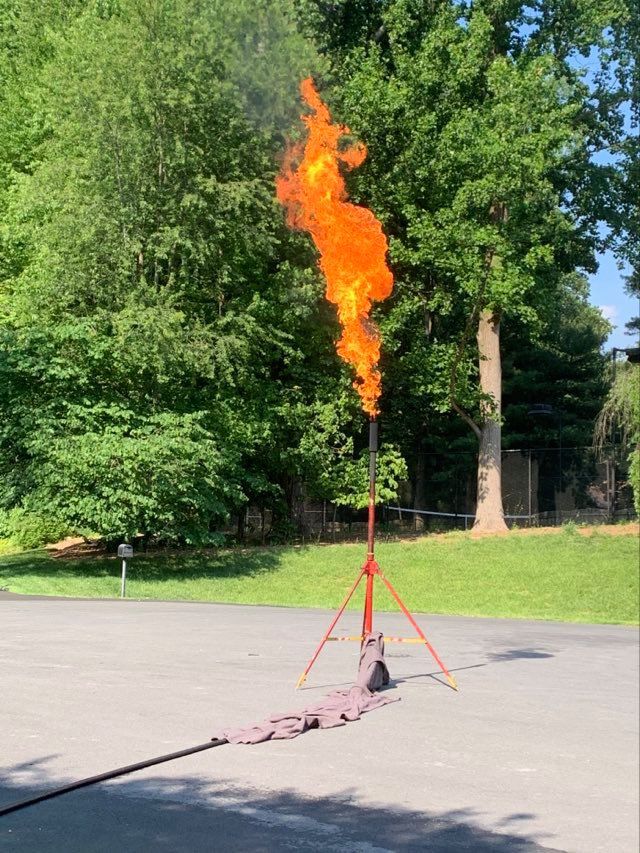 FCFRD set up a flaring operation to burn off the propane. 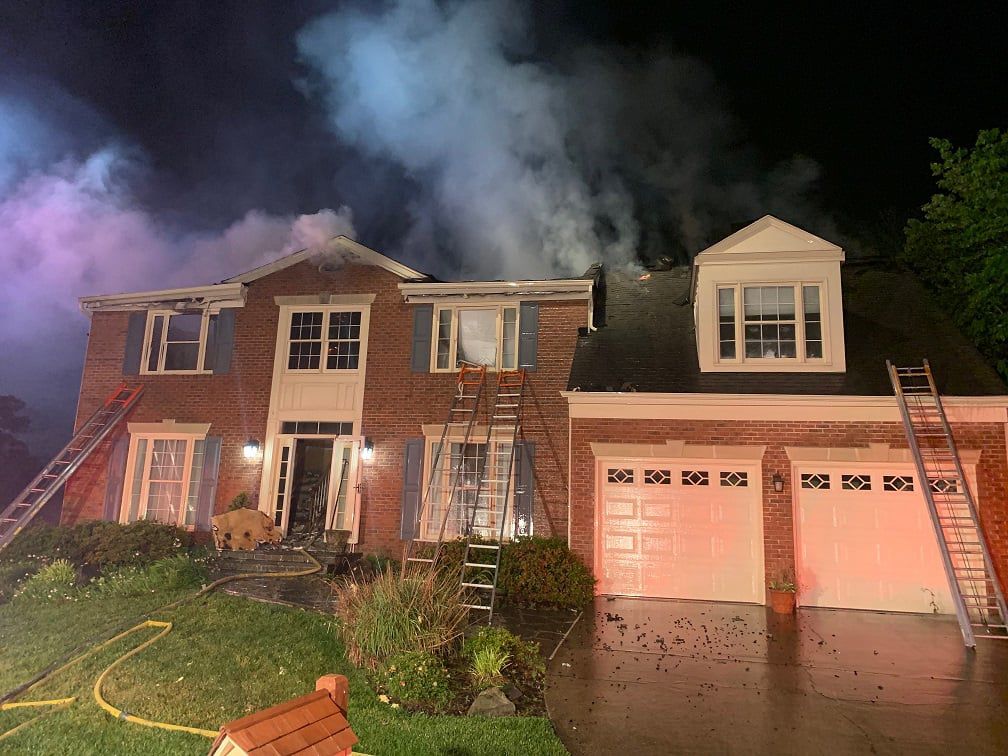 Crews were able to quickly extinguish the fire in Clifton 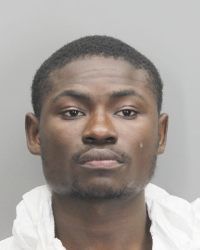 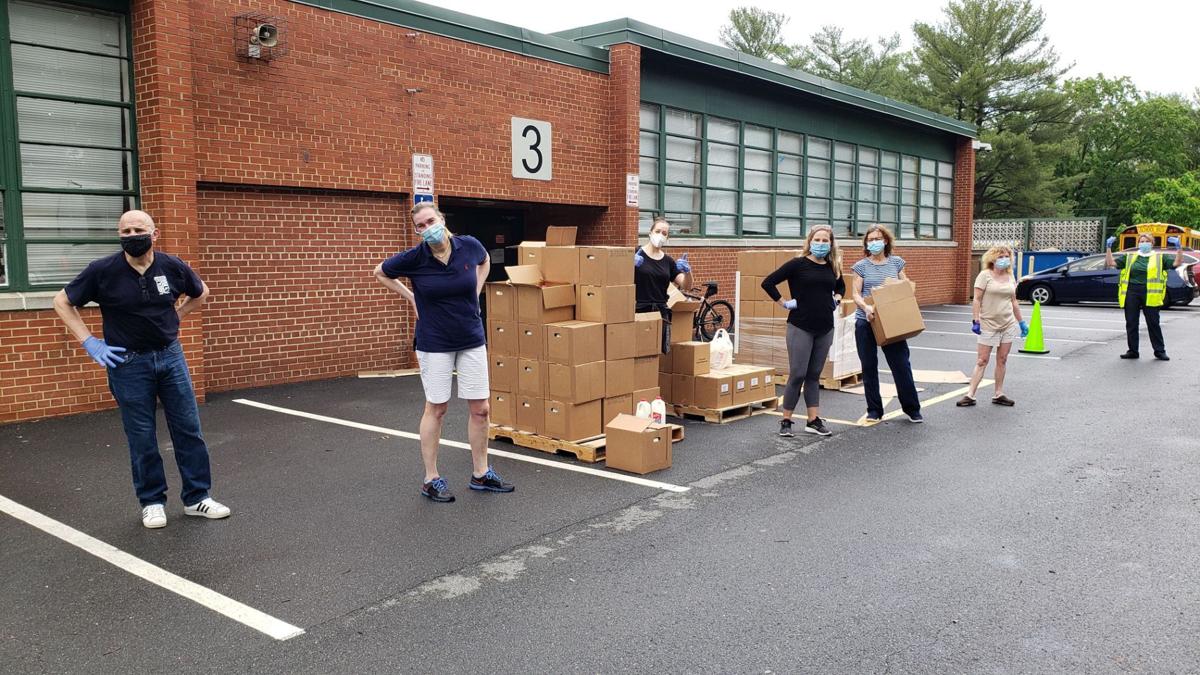 Volunteers collect food for those in need. 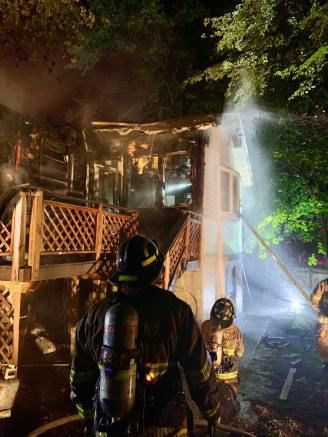 On June 6, at the direction of the Fairfax County Office of the Commonwealth’s Attorney, Police Officer First Class (PFC) Tyler Timberlake, was charged with three counts of misdemeanor assault and battery.

Timberlake has been an officer for eight years and assigned to the Mount Vernon District Station.

Officers responded to a call for service around 1:30 p.m. June 5 involving a man in crisis wandering around in the roadway. As an officer attempted to deescalate the situation that was underway, Timberlake arrived shortly after and used force that is unacceptable.

Based on this action, both a criminal and administrative investigation were immediately initiated at the direction of Colonel Edwin C. Roessler Jr, Chief of Police. The actions of the officer clearly exceeded the boundaries of law, policy and professionalism.

As part of the department’s internal investigation, Timberlake and other involved officers were immediately relieved of their law enforcement duties as police officers and placed on administrative leave.

The Fairfax County Police Department strives to maintain the highest degree of integrity and public trust. Allegations of improper conduct or criminal violations by officers or department personnel are taken seriously and comprehensively investigated, as with any crime. If an alleged violation is determined to be credible and sustained, that employee will be held accountable through appropriate disciplinary action up to and including termination.

List of days, times and location are below. To register to donate, please go to the https://bit.ly/2XMPX6A.

At 2:42 p.m. June 3, officers located a 2009 Mercedes SUV near the intersection of Leesburg Pike and Nevius Street in Seven Corners that was involved in a theft from a nearby business.

Officers attempted a traffic stop, but the driver refused to stop initiating a pursuit. The SUV stopped momentarily and a passenger ran but was taken into custody. The driver sped off again but the pursuit was terminated.

Robert Cooper, 38, of Maryland, was charged with grand larceny, larceny with intent to sell or distribute and falsely identify self to law enforcement. Two additional outstanding warrants for grand larceny and probation violation were served.

Officers located a car involved in a hit and run crash that occurred in the 5200 block of Rolling Road in Burke at approximately 10:51 p.m. June 3.

Units were on scene of haz mat incident last week in the 7300 block of Linganore Court in McLean.

Flaring operation set up to burn off product. Crews were able to connect to the liquid withdrawal line and flare liquid rather than vapor. No injuries were reported.

Smash and Grab Burglaries Over the Weekend in Mount Vernon District

Officers responded for an alarm at DTLR, 7652 Richmond Hwy. in Alexandria at approximately 3:50 a.m. June 5 and discovered the front of the store smashed in.

The investigation revealed a car backed into the store front and a group of individuals entered the business and stole merchandise.

Officers responded for an alarm at Virginia ABC located at 5940 Richmond Hwy. in Alexandria at approximately 3:02 a.m. June 7 and discovered the front door shattered and bottles of alcohol on the ground inside the store.

The investigation revealed a group of individuals broke into the business and stole merchandise.

Units were dispatched for a reported house fire in the 14000 block of Marleigh Lane in Clifton at approximately 9:33 p.m. June 4.

Upon arriving on the scene of a two-story, single-family home with fire evident from the roof. Crews were able to quickly extinguish the fire. One firefighter was transported to a hospital for evaluation. There were no civilian injuries reported.

The house was unoccupied at the time of the fire. A neighbor observed fire from the roof and called 9-1-1. It is unknown if smoke alarms activated.

Fire Investigators determined that the fire originated was natural in nature and started on the roof. The cause of the fire was a lightning strike.

Two occupants were displaced because of the fire. Red Cross assistance was not needed. Damages as a result of the fire were approximately $92,500.

Alexandria Man Charged After Burglary, Discharge of a Weapon

Officers responded to the 3400 block of Anker Street in Alexandria for the sound of possible gunshots at 3:01 p.m. June 8.

Investigation revealed the suspect went to the victim’s home, an altercation ensued and the suspect shot at the home several times. The suspect entered the home and stole personal property and then left. Officers found several shell casings.

The suspect was located nearby and taken into custody. Akuamoa Boateng, 24, of Alexandria, was charged with burglary, brandishing a firearm, discharge a firearm in or at an occupied dwelling and use of a firearm in the commission of a felony. There were no reported injuries.

Units were dispatched for a reported house fire in the 7600 block of Pollen Street in the Lorton area of Fairfax County June 5 at approximately 9:02 p.m.

Units arrived on the scene of a one-story, single family home with fire evident from the roof. Crews found fire on a deck with extension into the attic. They quickly extinguished the fire. Firefighters rescued a missing cat. The unharmed cat was delivered back to the homeowners. There were no firefighter or civilian injuries reported.

Three occupants were home at the time of the fire. One occupant in the kitchen heard popping noises and, upon investigation, discovered the fire outside on the deck. All occupants self-evacuated and then called 9-1-1. Smoke alarms were present and sounded after the fire was discovered.

Fire Investigators determined that the fire was accidental in nature and started on the deck. The cause of the fire was improper disposal of smoking materials.

Four occupants were displaced because of the fire. Red Cross assistance was offered and accepted. Damages as a result of the fire were approximately $80,000.

Fairfax County Fire and Rescue Department urges all residents who smoke to “Sink It or Sink It PREVENT CARELESS FIRE Soak It!” and prevent careless fires! Please keep in mind the below safety tips as it relates to the proper disposal of smoking materials: