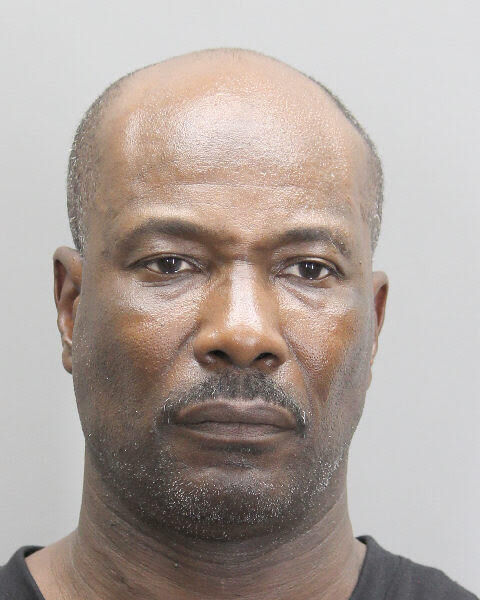 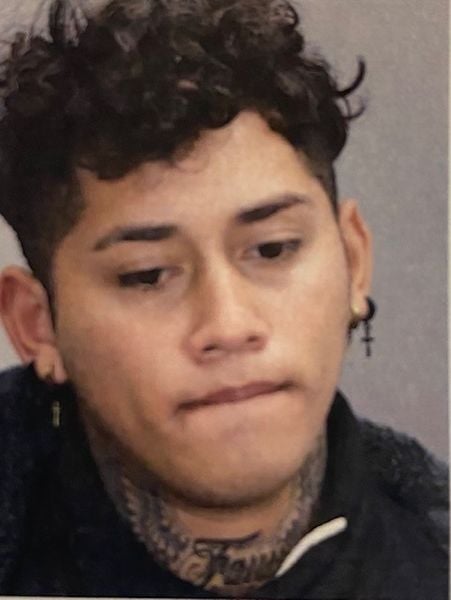 U.S. Customs and Border Protection officers at Washington Dulles International Airport arrested a Nebraska man Jan. 29 on a warrant related to charges of three counts of first degree sexual assault of a child.

CBP officers confirmed that the Douglas County warrant remained active and verified Domkpo to be the subject of the arrest warrant.

Criminal charges are merely allegations. Defendants are presumed innocent unless proven guilty in a court of law.

D.C. and Maryland men arrested after pursuit, collision with police

An officer attempted to stop a 2003 Mercedes-Benz for recklessly driving through the parking lot at 2051 International Drive Jan. 22 at 12:16 p.m., but the driver refused, resulting in a pursuit.

Officers determined the car had been stolen and was just involved in the commercial robbery of Saks Fifth Avenue. During the pursuit, the car crashed into a police cruiser and two men tried to run away but were both caught by officers nearby.

Crews arrived on the scene of a two-story, single-family home with smoke visible from the attached garage. The fire was quickly extinguished. It was contained to the garage. There were no reported civilian or firefighter injuries.

Two occupants were home at the time of the fire. Working smoke alarms alerted the occupants to the fire. The occupants self-evacuated and then called 9-1-1.

Fire Investigators determined that the fire was accidental in nature and started in the attached garage. The fire was caused by improperly discarded woodstove ashes that were placed in the garage.

Two occupants were displaced because of the fire. Red Cross services were offered and declined. Damages as a result of the fire were approximately $5,000.

The man left and went to another business nearby and threatened a person with a gun before leaving in a car. The man was involved in third incident in the Mason District a short time later and was arrested by officers. Adedolapo Alao, 37, of Falls Church was charged with abduction and brandishing.

After being involved in two incidents in the McLean District, two former tenants went to a home in the 3400 block of Holly St. to demand property and threatened the homeowner with a gun Jan. 27 at 4:41 p.m.

Officers located the two driving away in a 2019 Chevrolet Camaro and attempted to stop the car. The driver refused resulting in a pursuit.

An 81-year-old woman has died as a result of injuries sustained from a hit and run crash that occurred Jan. 27 in the 7200 block of Lee Highway in the Falls Church section of Fairfax County.

Officers responded just prior to 9 p.m. for the report of a person lying in the roadway. When officers arrived, they found Raymunda Garcia-Hernandez, of Falls Church, in the westbound lanes. Rescue personnel pronounced her deceased at the scene.

Detectives from the Crash Reconstruction Unit have preliminarily determined that Garcia-Hernandez was crossing Lee Highway, outside of a crosswalk, when she was hit by an unknown vehicle. The striking vehicle did not stop and has not been located. The investigation remains active.

An officer attempted to stop a 2012 Nissan Sentra for a traffic violation at Columbia Pike and Malibu Circle Jan. 23 at 1:11 a.m.

The driver initially pulled over but then drove away, resulting in a pursuit. The driver, Ely Cruz Chavez, 34, of Alexandria, stopped down the road and was taken into custody. She was charged with driving while intoxicated and speed to elude.

An officer attempted to stop a 2007 Ford Focus for a traffic violation at Grove Street and Herndon Parkway Jan. 23 at 5:12 p.m.

The driver initially pulled over but then drove away, resulting in a pursuit.

The driver, Chris Kpadeh, 20, of Reston, stopped down the road and was taken into custody. He was charged with reckless driving, speed to elude, and driving on a suspended license. A passenger, Mohamed Abdalla, 21, of Reston, was charged with two counts of possession of a concealed weapon and possessing a magazine for a firearm with the capacity of 20+ rounds.

Responding officers saw Darius McKnight, 27, of Washington, D.C., exiting the store and ran after him before taking him into custody. He was charged with burglary, possession of stolen property with intent to sell, grand larceny, fleeing from a law enforcement officer and possession of burglarious tools.

Officers responded to a commercial burglary alarm at the ABC Store at 9421 Lorton Market Street and saw a 2018 Dodge Journey drive away from the area Jan. 25 at 4:09 a.m.

The driver, Dominique Ricard, 19, of Lorton, failed to stop for officers resulting in a pursuit.

An officer utilized Stop Sticks to disable the vehicle and Ricard ran away but was caught by officers after a brief struggle. Stolen goods were recovered and she was charged with burglary, speed to elude, assault on law enforcement, hit and run, and credit card larceny.

Joel Serrano Chicas was taken into custody Jan. 28 in the City of Falls Church.

A victim came forward in December to report she was sexually assaulted in April. The assault took place in the stairwell of an apartment complex in 6100 block of Leesburg Pike in the Falls Church section of Fairfax County. Earlier this month, a second victim came forward to report a sexual assault that occurred Jan. 3 at the same location. In both assaults, the victims were lured to the location through social media chatrooms. Both investigations revealed 21-year-old Joel Serrano Chicas was responsible for the assaults. Warrants were obtained Jan. 23 for indecent liberties with a minor and rape.

Additionally, detectives are still asking anyone who may have had inappropriate contact with Serrano Chicas to contact the Major Crimes Bureau detectives at 703-246-7800, option 3.