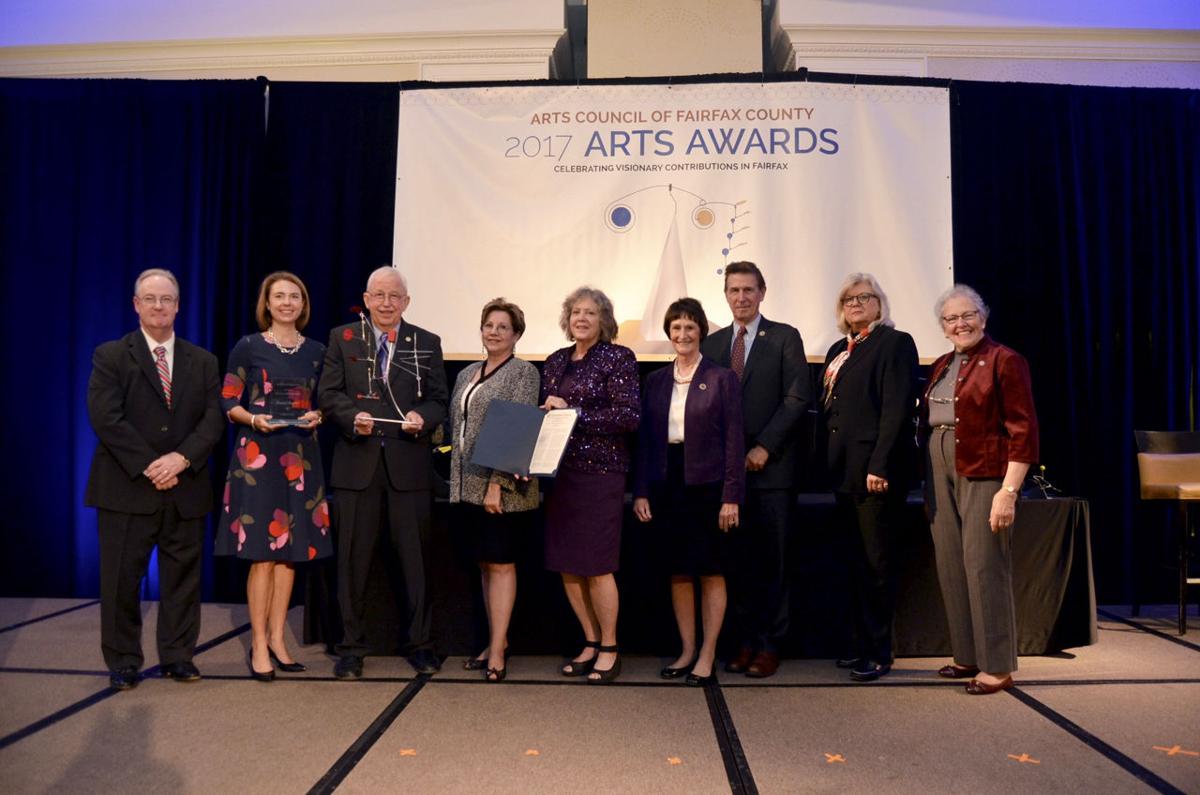 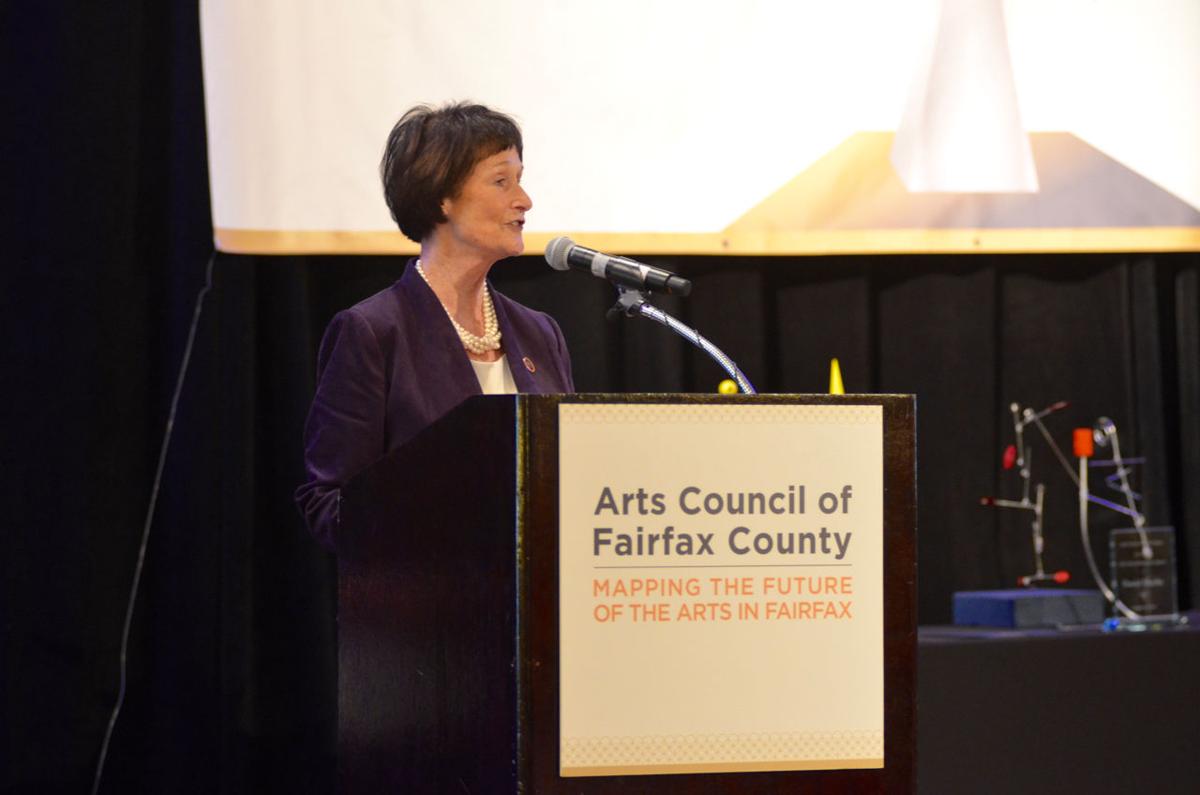 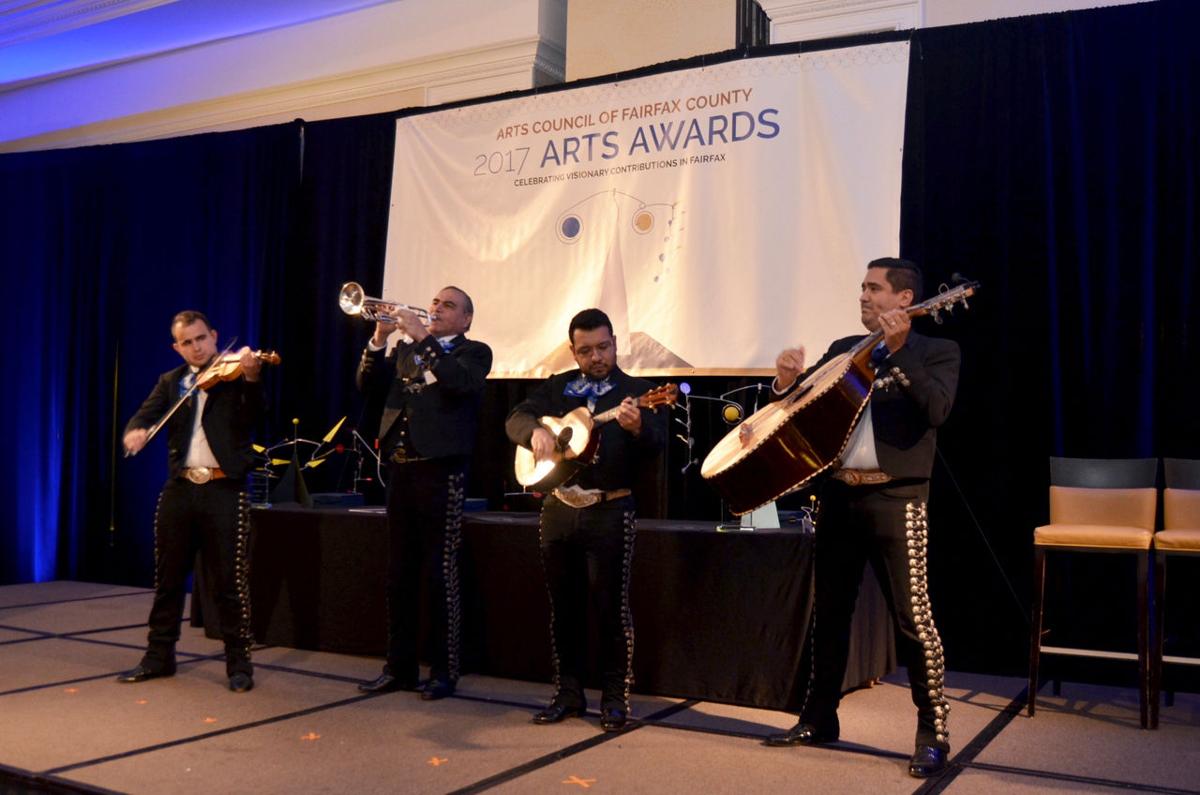 The arts not only enhance Fairfax County’s rich quality of life but they are also a big business. That point was unequivocally driven home during Arts Council of Fairfax County’s 2017 Arts Awards on Oct. 20 at the Fairview Park Marriott.

According to Sharon Bulova, chairman of the Fairfax County Board of Supervisors, and Linda Sullivan, president and CEO of the Arts Council – both citing information culled from American for the Arts’ 5th “Arts & Economic Prosperity” report – the arts are an almost $300 million industry in Fairfax County.

That $300 million includes $173 million spent in 2015 by the county’s more than 230 nonprofit arts and culture organizations for expenditures such as salaries, supplies, services and acquired assets as well as $98 million in event-related spending by audiences that annually exceed 5 million in number.

Also, according to the study, the county’s nonprofit arts and cultural organizations account for the equivalent of 6,220 full-time jobs, and arts events generate more than $9.27 million dollars in local government revenue and in excess of $10 million more in state revenue.

The Arts Council, which officially will rebrand itself Arts Fairfax in the spring of 2018, started its annual awards in 2012. They recognize “the extraordinary contributions of artists and arts organizations, and the corporations, foundations and individuals in Fairfax County and the cities of Fairfax and Falls Church that support them.” This year’s honorees were Todd Hitt, CEO of private equity firm Kiddar Capital; educator, author and ethnomusicologist Daniel Sheehy; the Washington West Film Festival; and the Dewberry engineering and design firm.

Born and raised in Northern Virginia, Hitt, a construction and real estate industry veteran, received the Arts Philanthropy Award, which acknowledges private sector support. Hitt, who annually donates a significant portion of his income to local non-profits, also helps raise additional funds for those organizations. A “huge” advocate for the arts in Falls Church, among the arts endeavours that have benefited from his “intentional and infectious” support are: the Falls Church Educations Foundation, which underwrites arts and humanities grants and programs for students in the Falls Church school system, and a major development project to house the Creative Cauldron, a gallery featuring the art of local artists, a large theatre/performing arts space and an outdoor cinema.

Hitt is a board member of the Workhouse Arts Center in Lorton, and is also a significant contributor to the new Lucy Burns Museum at the Workhouse, which honors the suffragists imprisoned there in 1917 and memorializes the brutal treatment they endured while incarcerated. In addition to personally contributing to the museum, he also committed staff to creating a plan to raise the additional funds needed.

“It’s important to be a good citizen, to give back,” said Hitt. “You have to be a leader in everything you do; philanthropy is no different.”

Daniel Sheehy, director of the National Endowment for the Arts’ Folk & Traditional Arts program between 1992 and 2000, was the recipient of this year’s Arts Achievement Award, which recognizes outstanding achievements of an artist in any discipline. Following his eight years at the NEA, Sheehy, a resident of Baileys Crossroad, became the director of the Smithsonian Center for Folklife and Cultural Heritage and director of Smithsonian Folkways Recordings. Under his leadership, Folkways published more than 200 recordings, earned five Grammy Awards and a Latin Grammy. In addition, he launched Smithsonian Global Sound, an online MP3 music store in 2005.

He also was co-curator of the 10-year Nuestra Musica Project, which produced six “living exhibitions” for the Smithsonian Folklife Festival. One of the world’s most respected and honored authorities on the subject of Mexican mariachi music, Sheehy, in addition, co-formed the Mariachi Los Amigos, now the Washington D.C., area’s longest existing mariachi ensembles. He also has written the only monograph in English on the subject.

Remarking on Fairfax County’s increasing diversity, Sheehy said in accepting his award: “I’m grateful and honored to be with all the people who support the arts, all in one place. We’re rich in Fairfax County, and I’m not talking about medium income. … I’m talking about all the great musicians and artists here.”

The Washington West Film Festival (WWFF) received the Emerging Arts Award, which recognizes a new or young arts organization that presents quality arts programming and engages a broad sector of the community. Founded in 2011, WWFF was Fairfax’s first professional film festival organization. Since its founding, it has screened more than 300 films – feature-length, short and documentary – that drew more than 16,000 attendees. The festival has attracted award-winning actors Robert Duvall and Julia Louis -Dreyfus and award-winning producer Bruce Cohen. Headlining the recent 2017 festival was producer Frank Marshall of “Indiana Jones” and the “Bourne Identity” series fame, and actor Ty Burrell of ABC’s “Modern Family.”

In 2014, WWFF expanded its arts education and community outreach programming. It hosts panel discussions with filmmakers, directors, producers and other film experts. In addition, it offers workshops for aspiring filmmakers and has developed outreach relationships with George Mason University and Fairfax Public Schools. Also, WWFF directs 100 percent of its box office net proceeds to charities that work to solve the problems of hunger, illness, and education.

“Story can change the world,” said Brad Russell, president and founder of WWFF. “It leads to inspiring change.” Referring to WWFF’s outreach programs, he added, “We have students who are so excited about writing stories, editing stories. We have people in broad political backgrounds forming relationships from all over the world, becoming storytellers themselves.”

Dewberry, headquartered in Fairfax and regarded as one of the top engineering and design firms in the greater Washington D.C. region and nationally, received the prestigious Jinx Hazel Arts Award for its “ongoing support of the arts, education, and contributions to engineering, planning, and design in Fairfax County.” Named in honor of the late Mrs. John “Til” Hazel, who was familiarly known as “Jinx,” this award honors individuals and organizations, whose “vision and commitment has played a significant role in the quality of life in the county.”

In 1982, Dewberry designed the new Filene Center at Wolf Trap after the original structure was destroyed in a fire. Additionally, Sidney O. Dewberry, chairman emeritus and founder of the firm, has made significant contributions to arts education at George Mason University’s School of Music. A $1 million commitment from Dewberry will fund scholarships for talented GMU artist-scholars for the next five years, beginning in the fall of 2018.

Barry Dewberry, executive chairman of Dewberry, noted in his acceptance speech that his father, who turns 90 in December, had always wanted to learn to play the piano, and at age 75 began accomplishing that goal. That led to his decision in 2007 to spearhead a fundraising initiative to purchase 16 Steinway grand pianos for GMU, making it a registered “all-Steinway” university.

Barry Dewberry himself has been a long-time supporter of the Fairfax Symphony Orchestra, and the Dewberry company also hosts the Luther Jackson Middle School Chorus winter concert for its Fairfax employees and has partnered with Luther Jackson Middle School for more than 20 years supporting its Expanding Visions program that helps students to better understand the positive impact of architecture and design on their community.

Dewberry noted that the company asked that no individual’s name be engraved on its reward, saying it had to go to everyone at the company as well as his family. Dewberry’s 2,000 employees track close to 4,000 community service hours annually, many dedicated to arts and educational initiatives in Fairfax.