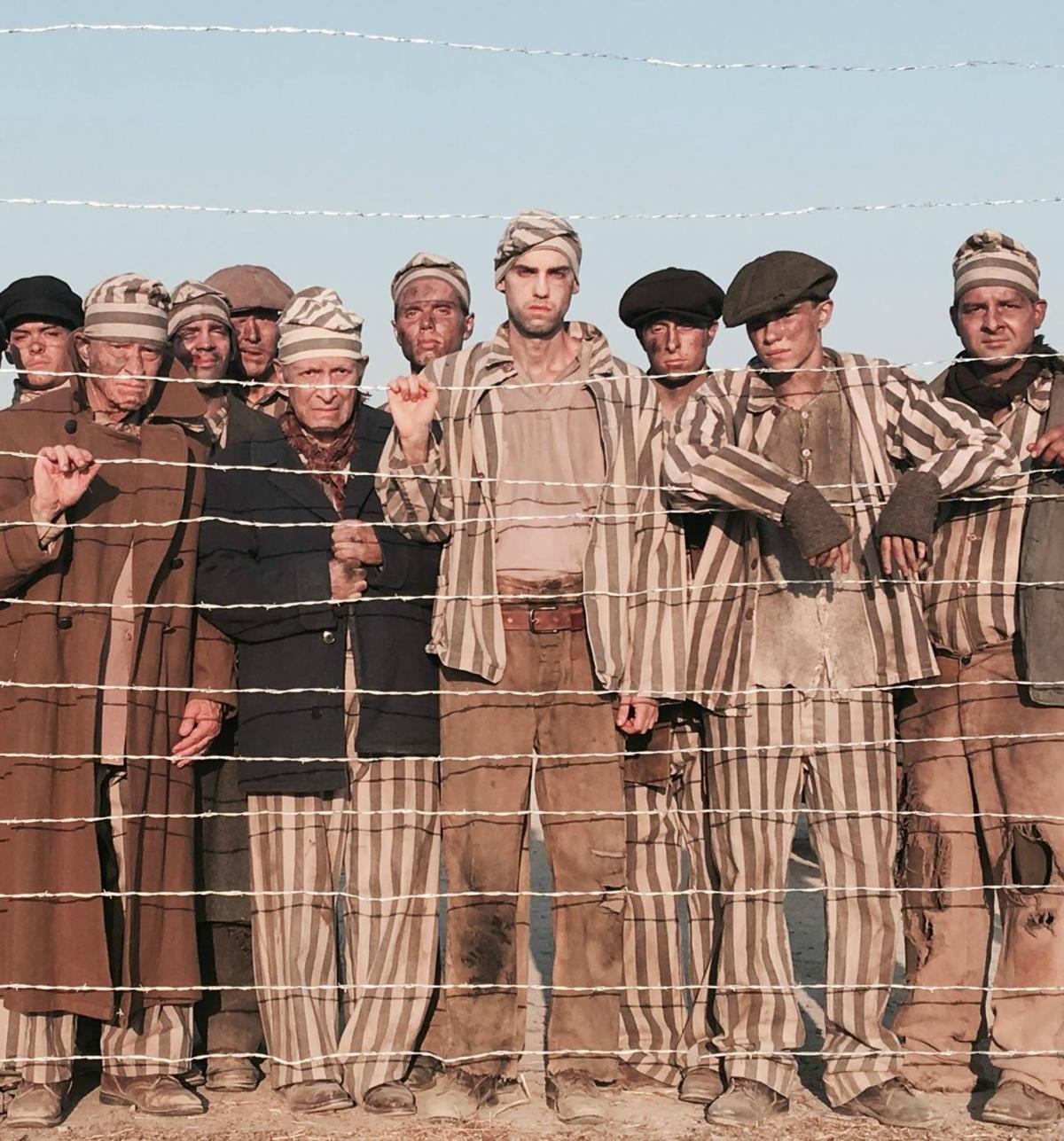 “Dirty Bomb,” written and directed by Valerie McCaffrey, follows the true story of Aharon (Ido Samuel), a Jewish prisoner who sabotages the construction of the V2 bomb, against the Nazis, thus signing his own death wish. 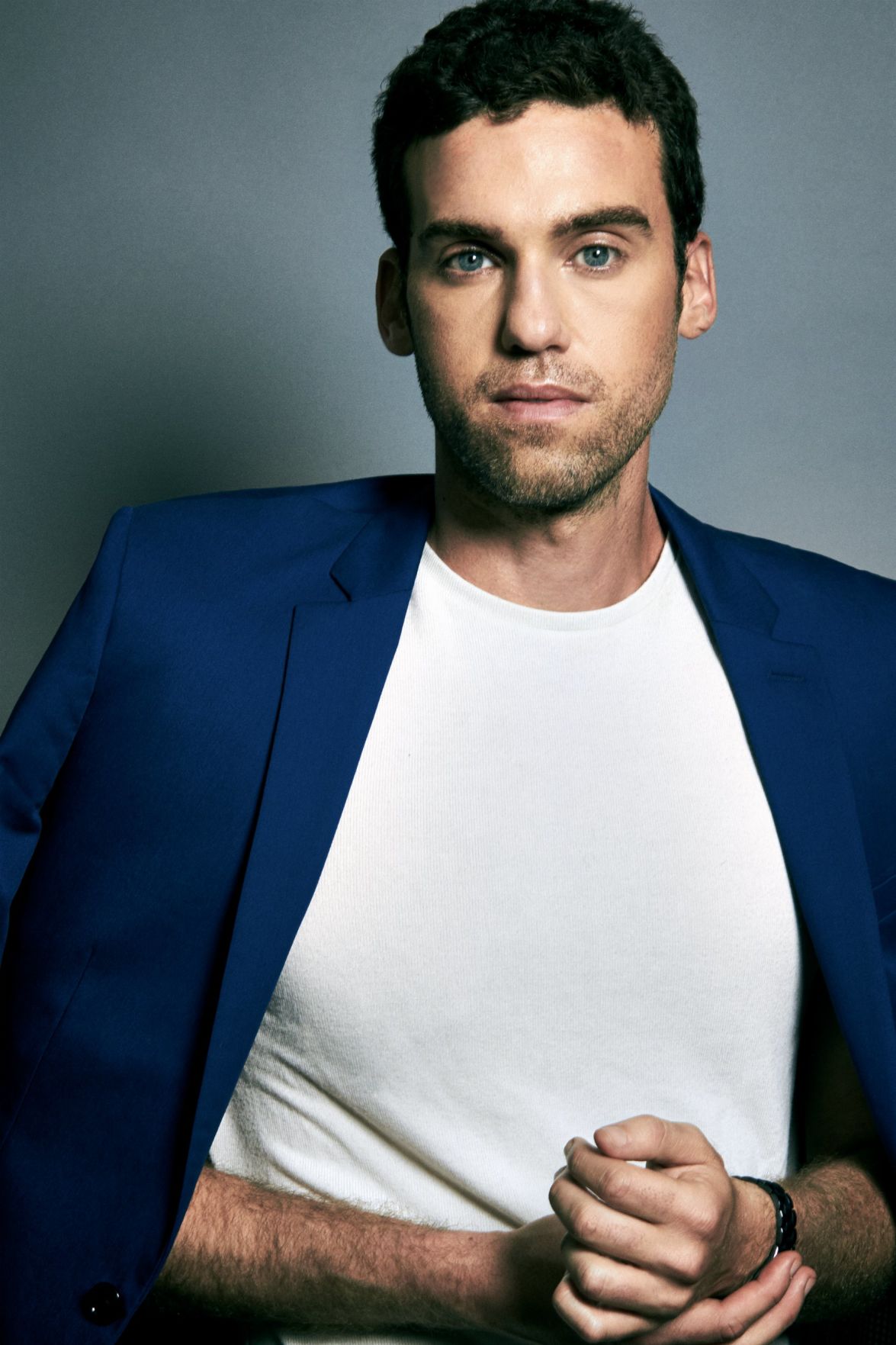 Israeli actor Ido Samuel started his acting career in Jerusalem. He’s best known for playing Yossi in the 2012 Sony Classics film “Fill the Void.” His latest short film, “Dirty Bomb,” written and directed by Valerie McCaffrey, follows the true story of Aharon (Ido Samuel), a Jewish prisoner who sabotages the construction of the V2 bomb, against the Nazis, thus signing his own death wish.

If you analyze films that touch our heart, I feel that they entertain us even when they tell a dark story. Did you watch "Life is Beautiful," the 1997 Italian comedy-drama film directed by and starring Roberto Benigni?

SAMUEL: I did. “Life Is Beautiful” is a beautiful and touching film. It is an original way to tell this dark story. But I connect more to the way films like “Son of Saul” tell the Holocaust private story, to the realness of it. I believe that films about subjects like that should definitely make you feel something more than entertain you. When I watched “Life is Beautiful,” I enjoyed it; I shed a tear and admired the cinematic qualities it had, but I always remembered I was watching a film--a fantasy. Something that is not completely real. When I watched “Son of Saul” I felt things that I never felt before while watching a Holocaust theme film. I felt I was there. I felt the fear that the prisoners felt, their worry that something could happen in any moment, that you’ll do anything to survive. I could hardly breathe during the whole film. It made me understand more about what was happening. It broke a wall that kept me “safe” while watching other films at kind of a distance. But that is art and each person connects and prefers something else. That is what is great about it. That's the magic of films.

Your film tells an important story, but the focus on the darkness of it overpowers the story itself. What do you think about that? Was this the vision of the director? How were the actors and the director chosen in the making of this film?

SAMUEL: I first heard about the story from my friend Valerie McCaffrey; she heard the story from her uncle who was an American soldier in the Battle of the Bulge. He told her that they used to see those big V2 bombs in the battlefield that didn’t explode; they were called “dirty bombs” back then. They didn’t know what happened to them, but later on they found out that Jewish prisoners who were forced to help build the bombs sabotaged them and sacrificed their own life by doing it. 200 prisoners were killed for sabotaging the bombs and saving thousands of lives that they didn’t know. I’m Jewish and throughout my childhood I heard stories about the Holocaust and personal stories from survivors, dark and sad experiences, but I never heard this story. I was amazed that most people and myself are not aware of it, of the heroism of these 200 unsung heroes.

Around that time there were a lot of anti-Semitic acts happening around the world and a denial of the Holocaust itself. I felt a need to make people know the story and I know that nowadays the best way to tell a story and to make people relate to it is through films.

Valerie told me she was going to write a film about it and direct it and that she wanted me to play the lead role of the prisoner. It’s a very dark story. A lot of people died in those tunnels, were starved to death and lost loved ones. We could do a documentary and explain what happened, but we wanted people to feel the darkness. To know how bad it was. It was a dark time in humanity and that’s what we wanted to come across. This movie was made to make people feel, to make them understand and even be inspired. From the reactions we got from audiences from various festivals around the world, what touched them the most is the fact that it seemed so real; it made them want to know and research more about the subject and that’s what we hoped for more than people telling us they just enjoyed the film.

Valerie, besides being a very talented writer and director, is also a very accomplished casting director. She wanted people who looked real, who looked the part and could portray these difficult situations. Most of our extras in the Holocaust part of the story were from Fresno, which was the location we shot it in because we needed local talent, and we were so happy we did because besides being talented, they were super devoted, helpful and the nicest people I ever worked with.

You starved yourself for weeks to act this role. Why was that important and can you share your experience with us?

SAMUEL: I wanted to portray the role as realistically as I could. I wanted to feel like I was really there in order to make the audience feel like they are really there. So, I did a lot of preparation. I read a lot of articles, saw a lot of videos and documentaries about Jewish prisoners in the camps, which affected me a lot. But the turning point was when Valerie and I had the honor to meet Frank Schiller, the 91-year-old Holocaust survivor who was kind enough to invite us to his home and share his incredible story. Schiller was in the same camp in which the story took place, Dora in Germany. I had a lot of questions about the character that I couldn’t find answers to in my research. He told me that I could ask him anything, even tough questions. The thing I wanted to know the most was what kept him going during that time in the camp. I couldn’t imagine living in these awful conditions, seeing my loved ones and the people around me being murdered, and keep on living, and continue having hope.

He told me what they felt most in that time was hunger; they hardly had a piece of bread in a day and didn’t know when or if they would have another one. They were in survival mode. He knew that when he got some bread he could give a piece of it to his brother who was in a different location in the camp and hardly got anything. He knew that if he didn’t survive and get this bread, his brother would die. That touched me deeply. And I know it’s hard to fake that feeling, so to portray it as closely as I can, I had to bring myself to this position. In the weeks before the shoot, I limited myself to just vegetables and water and during the shoot I didn’t eat; I only drank water, which is more than they had, but still I needed to be healthy while doing this risky thing. Luckily, I was surrounded by supporting filmmakers and actors during that time.

How has this role changed you?

SAMUEL : It made me feel like I was there, in the camps. After hearing stories all my life about the Holocaust, I felt I had a mission to tell this story, which is also my Jewish history story but a lot more which affected so many lives that were not even aware of it. It made me understand the power that one person has, no matter his position or if he’s in the lowest conditions--one decision can have a big impact for good or bad.